LEAVE THE WORLD BEHIND
By Rumaan Alam

The literary suspense of “Leave the World Behind” hinges on that familiar guilt-tinged longing for a vacation that never ends. Rumaan Alam inhabits the head space of Amanda and Clay, denizens of New York City, parents of a teenage son and adolescent daughter, who slouch toward Long Island for summer vacation — only to discover that life as they know it is over.

There’s an Airbnb, far off the GPS-beaten path, “extraordinary and only $340 a day,” made all the more alluring by its lack of cellphone access. “The Ultimate Escape,” the listing proclaimed before launching into “chummy advertising-speak” to describe the place. Clay and Amanda are sold. They pack up the car (“not so new as to be luxurious or so old as to be bohemian”) and head out of town.

Alam’s two previous novels, “Rich and Pretty” and “That Kind of Mother,” have proved he’s gifted with an acidic wit, one he uses to break down contemporary life at the cellular level. His wry observations about the structured chaos of vacation life might go on indefinitely — but then comes a knock at the door. The owners of the rental house arrive, seeking refuge. Clay and Amanda, not anticipating this intrusion or the particular station of their landlords turned guests — they’re Black and wealthy, how could this be? — castigate themselves for their illiberal reactions. But the real issue is what these newcomers are escaping from: a mysterious blackout in New York City.

We flit, omniscient, through this unlikely collection of minds as the slow trickle of news turns bleak. The adults cling to the cabin, their off-the-grid paradise is now a prison. Think Cormac McCarthy’s “The Road” if nobody ever got the courage to embark down that titular path. But the children disappear into the encroaching wild — as children on vacation are wont to do — and that wild answers back with alarming ferality. 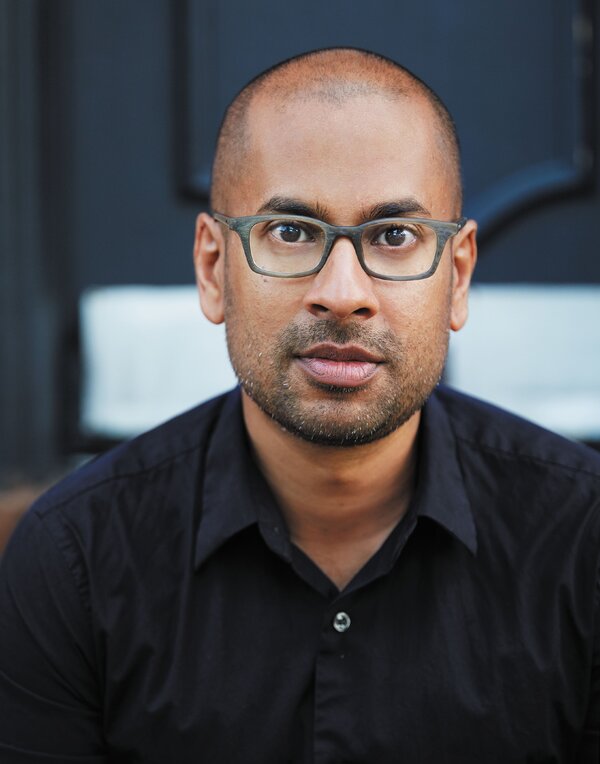 Danger materializes, not from external threats, but from the breakdown of interior constructs. The body itself becomes an unstable environment, a thing we have ruined or wasted, a domain completely out of our control. “What a marvel to have a body, a thing that contained you,” Amanda thinks after a dip in the pool. “Vacation was for being returned to your body.” All those functions that never seem to exist in fiction — “a noisy, wet revolution inside his stomach,” “that post-midnight binge pouring out of him in seconds” — are on artful display here, an intimacy that is also a challenge. Why are you cringing? Why are you looking away?

[ This book was one of our most anticipated titles of October. See the full list. ]

Alam doesn’t dwell in the specificity of apocalypse, which has been the obsession of writers since the Flood. Instead he lobs a prescient accusation: Faced with the end of the world, you wouldn’t do a damn thing.

Throughout the Covid-19 pandemic we’ve analyzed all the usual guides to dystopia and found many of them wanting. No zombies here, no lawless wasteland, just the stagnant grief of not-knowing. Terror is the inability to stop forces of nature, to protect the ones you love, to protect even yourself — in Alam’s purview, the flimsy and useless body.

Among Alam’s middle-class Manhattanites, comparisons to that trifecta of New York crises abound: Sept. 11, the 2003 blackout,Hurricane Sandy. Comfort comes from the where-were-you-when stories that will someday be all that’s left of our current crisis. That Alam anticipates this psychological reflex, that he articulates it with depth and self-flagellation, and that he has been proved so right by the world we’re living in now, is what makes his narrative both beautiful and unbearable. Stop cringing. Stop looking away.

For all this, Alam’s early tragicomedy-of-manners approach to race falters. The arrival of the Black, genteel older couple creates, as the narrative bruisingly points out, an opportunity to play Guess Who’s Coming to Dinner. Their interiority never arrives: “It was hard not to assume the role of genial sitcom neighbor. Television created the context, and Black people had to play along.” Self-consciously, Alam sticks with whom he seems most comfortable: the NPR-listening, Carroll Gardens-dwelling, New York Times-reading every-person.

Still, if the first half can turn a mirror on you, the second half will shatter it. “Leave the World Behind” teeters on that seesaw-edge question in horror fiction: to reveal the monster or not? Ultimately it totters too far to one side, but there is still the primal nail-biting need to know what-the-hell-is-going-on. This propulsion, which drives much of the characters’ decisions, likewise drives the reader onward to a breathless conclusion that, if not altogether satisfying, is undeniably haunting.