What men’s pants tell us about money: Rupal Patel and Jack Meaning, the Bank of England employees who have produced a very readable guide to economics

When Alan Greenspan was head of the U.S. Federal Reserve (America’s equivalent of the Bank of England), he liked to keep an eye on men’s underwear.

Or rather, we should be clear, on sales of men’s underwear. He knew that in a recession, men tend to put off buying new underclothes. Greenspan used the figures as an indication of how well the economy was performing.

He was my kind of economist, relying more on common sense than complicated graphs. 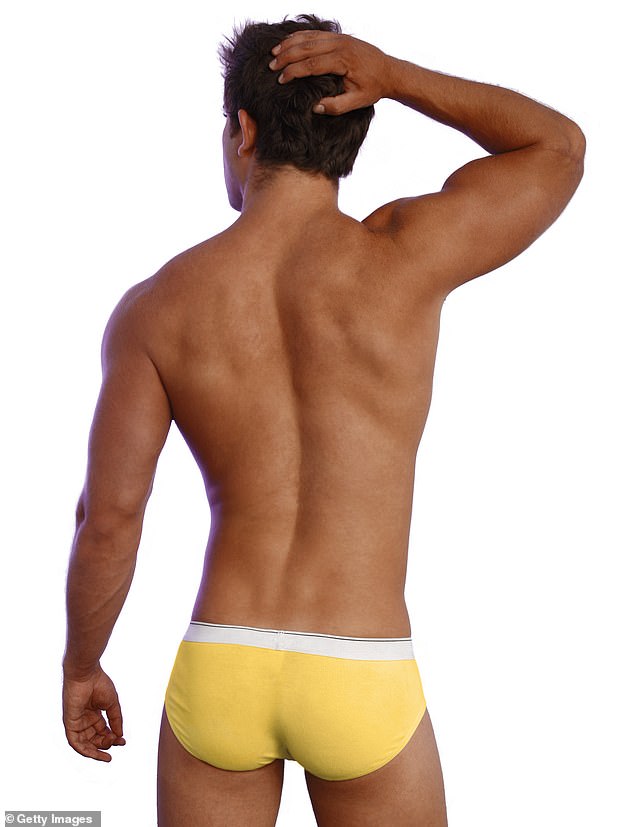 Alan Greenspan said in a recession, men put off buying new underclothes. The Head of U.S. Federal Reserve used this as a guide to the economy’s performance

In fairness to Rupal Patel and Jack Meaning, the Bank of England employees who have produced this very readable guide to economics, they’re suitably modest about the subject’s reach. Economic models can never be perfect, they say, but that doesn’t mean the models aren’t useful.

As Salvador Dali said, you should ‘have no fear of perfection — you’ll never reach it’. Patel and Meaning freely admit that of the last 153 recessions around the world, economists failed to predict 148.

And the book contains some great facts. Inflation in Zimbabwe was so bad in 2009 that the country started printing a $100trillion note — and it still wasn’t enough for a bus fare.

In the early 2000s, some U.S. prisoners used mackerel as currency. Sadly, the book doesn’t explain why this particular commodity found favour, but it’s a useful reminder that anything can be used as money if everyone places their trust in it.

Prisoners are well known for using cigarettes, while some will remember Fletch in the TV sitcom Porridge with his Cadbury’s Fruit ’n’ Nut. As recently as 2009, in some parts of Italy you could use huge wheels of Parmesan as the deposit for a loan.

There are some nice jokes, too, like the line about a socially adept economist being one who, when they’re talking to you, stares at your shoes rather their own. As entertaining as the book is, though, it did remind me why I’m so wary of economics. Partly it’s the SOBOs (Statements Of the Bleeding Obvious), and the love of jargon. 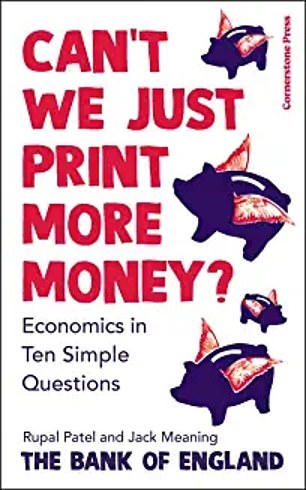 The ‘substitution effect’, for example. This is economists’ name for the fact that when something becomes cheaper, people will start buying it and stop buying more expensive alternatives. You don’t say!

As so often with academics, you get the feeling that just because they’ve named something, they think they invented it. But my specific problem with this book is that the organisation for which the authors work thinks the answer to the question in the title is ‘yes’.

Since the 2007-8 financial crash, the Bank of England has, as the book puts it, ‘created almost £1trillion of new money and used it to buy things in the economy’.

Patel and Meaning are careful to point out that you can go too far with ‘quantitative easing’ (the trendy new name for ‘printing money’). Delivering a wheelbarrow full of still-damp £50s to every person in the country would be irresponsible.

You do worry, however, that all the clever lingo and flashy spreadsheets might blind some people to the basic truth that money isn’t wealth. Money only symbolises wealth, and so a country should only print enough of it to reflect actual growth that has actually occurred in the actual economy.

Let’s hope the Old Lady of Threadneedle Street understands more about inflation than Zimbabwe did.