A dig into the archives for those magical moments at author signings.

Book signings are part of marketing, but they also create brief moments of real connection between reader and author, a nod to the shared experience of the book. 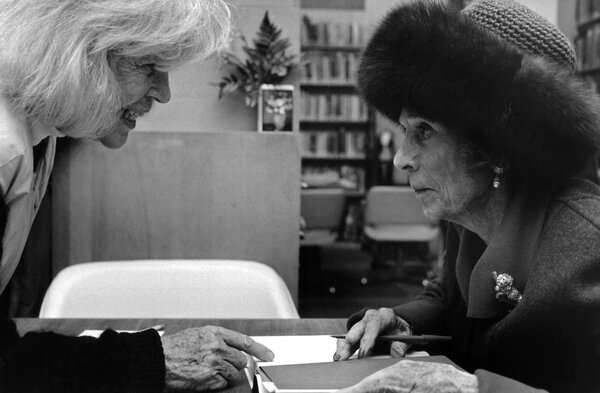 Alex Haley knew his novel “Roots” was touching a nerve in American culture. The book was a best seller and it had been adapted into television series. But he was still astounded to see the 3,000 fans waiting in a mile-and-a-half-long line at the Fox Hill Mall in Culver City, Calif., at a signing in January 1977. The queue snaked through the mall, to the exit and down the street. Readers wanted to see Haley face to face, to have his pen ink the paper and turn a book into a keepsake.

For Theodor Geisel, a.k.a. Dr. Seuss, fans seemed to appear everywhere, even in the hospital: “The guy who was wheeling me in on a gurney brought a book out just before we got to the swinging doors and asked for an autograph,” he told The New York Times in a 1986 interview. “He probably figured it would be the last I ever gave. I was very flattered but I wanted to sock him.”

Erica Ackerberg is the photo editor of the Book Review.