In “Savage Appetites,” the journalist Rachel Monroe is interested in a paradox: upper-middle-class women who find that proximity to murder makes them feel more alive. This enthralling book devotes case studies to four bored or directionless women whose fixations on other people’s crimes unlock a sense of purpose and give them a vocation. For such women, someone getting killed is the best thing that ever happened to them. It’s delightfully untoward.

Monroe zeroes in on the aftermath of murder, on the morbid curiosity that draws eager civilians toward the crime scene and catapults them into starring roles. She avoids the formulaic professional tropes of true crime, choosing for her case studies a “detective” who never solved any crimes; a murder victim’s family whose members are apparently victimized by self-appointed victim advocates; a “defender” who is really a litigious jail wife; and, finally, a “killer” who doesn’t pull the trigger. (She gets only as far as picking the perfect outfit for a planned shopping-mall massacre.) 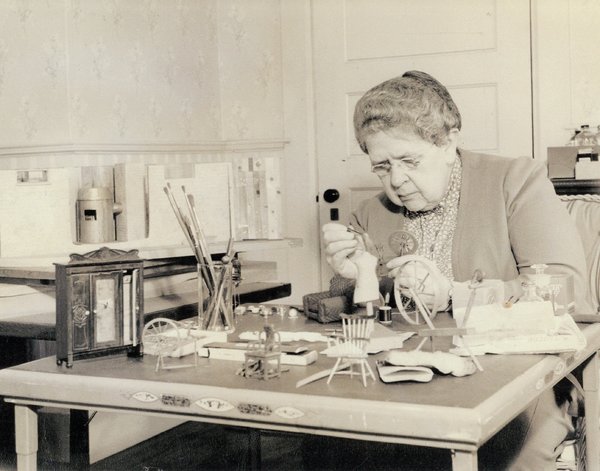 Many a police procedural begins with a coffee-guzzling detective flashing a badge, tossing a cigarette and ducking under caution tape. Alas, the detective in this book is one-too-many degrees removed from the crime scene, and her story lacks the truly unappetizing details that make the rest of “Savage Appetites” worth consuming in one sitting. The appeal of Frances Glessner Lee is that of a mother of three children who comes into her eccentricity in her 40s. An heiress born at the end of the 19th century into “the kind of family that brought their furniture maker on vacation with them,” Lee was interested in medicine but denied a college education by her parents. Still, money loosens chains. Her brother’s old Harvard roommate, Boston’s renegade chief medical examiner, got her hooked on observing autopsies. (His antics were breathlessly mythologized in the papers: “It was said that he ate only one meal a day, at midnight. It was said that he preferred his steak raw.”) Soon, Lee has bought not only “a photograph from President Garfield’s autopsy,” but “the poem that his assassin had scrawled in prison,” too.

A product of her upbringing, her unorthodox passion notwithstanding, Lee channeled her interest in unsolved murders into an avenue familiar to her: targeted social philanthropy. She founded the first department of legal medicine at Harvard and began to study crime-scene procedure — forever changing how policemen think. Her most enduring legacy, born in a productive rush at 65, was almost poignantly domestic: 20 dollhouses, known as the Nutshell Studies of Unexplained Death, reproducing, for the education of policemen, actual crime scenes, albeit in miniature form. As Monroe notes, the delicately crafted miniatures enabled Lee to cloak her fascination with violence in a veneer of feminine respectability: “Forensic investigation offered a different style of crime fighting, one that prioritized careful, close observation over brute force.”

The rest of the book delivers more visceral pleasures, focusing on contemporary women who court something other than just impropriety and imaginative philanthropy. “They were immoderate and occasionally unwise” in pursuit of their obsessions. They made phone calls, they wrote letters, they chatted online. They tangled themselves in people’s lives. Then they crossed a line — you might as well call it the Rubicon — that you and I would not.

It might seem like a mistake, in the book’s “Victim” section, to focus on a crime as familiar as the murder of Sharon Tate, but Monroe has a knack for nosing a new story out of an old one, like a detective casting fresh eyes on a cold case. The story of Alisa Statman, a young woman working in the movie industry, starts in 1990, when she moves into the guesthouse at the estate in the Los Angeles hills where Tate, newly married to Roman Polanski and nearly nine months pregnant, was murdered along with four others 20 years earlier. Naturally, Statman wants to know more about the murders that happened so close to her apartment. She orders a videotape, and befriends its maker: an impolitic and overzealous man who has access to endless paraphernalia from the case, including gruesome crime-scene photos. Unsated, she writes to Patti Tate, Sharon Tate’s youngest sister, and strikes up a friendship. In a twist of irony no book of fiction would allow, Statman moves into another Tate family house, the one Sharon and Patti grew up in. (She eventually buys it.) Monroe unspools Statman’s slow infiltration of the Tate family — her ascent to family spokeswoman and victims-rights advocate, and the horrified reaction of Sharon’s other sister, Debra — with precision and hard-sought interviews that yield gold.

Another writer might play up the most craven aspects of the parasitism between the Tates and those interested in the murder that made the family famous, but Monroe turns her attention elsewhere. As with all her stories, she girds this one securely in history, using it to recount the rise of the victims-rights movement in the 1980s. We learn, for example, that Sharon’s mother, an active member of Parents of Murdered Children, a nonprofit, helped lobby both for victim impact statements and to put an end to prisoners’ conjugal rights.

Monroe’s only real misfire in “Savage Appetites” is the personal history she scatters through the book, including an anecdote about reading “Harriet the Spy” as a child. The crescendo in each section is tempered by these vignettes, like a death knell muted by a leather baffle. To interrupt her narrative to describe her Googling a random murder in her hometown is akin to a friend pausing “Law & Order” to tell you about the time someone she never met was murdered hundreds of miles away.

The book’s third section, “The Defender,” is about the love affair between a 32-year-old Brooklyn-based landscape architect named Lorri Davis, “who spent her days thinking about the gradations of rich people’s backyards, figuring out the optimal placement for Oscar de la Renta’s pool,” and Damien Echols, a high school dropout and Wiccan, convicted of murdering three kids in Arkansas. Lorri was educated and well off, while Damien grew up without “running water, heating or air-conditioning.” She admired that as a teenager he had changed his name from Michael to Damien, in honor of “a 19th-century priest who treated lepers in Hawaii.” She learned of his plight in 1996, at a screening of a documentary at the Museum of Modern Art. Three years later, after a robust prison correspondence, they married in a jail wedding. (Early on, “they speculated about whether they’d known each other in a past life.”)

Instead of pathologizing the allure of violent criminals to lonely women, Monroe focuses on the hurdles Lorri faced in getting Damien, whom she and many others believed to be innocent, out of prison. Lorri was aided in large part by the support she received on internet message boards. Monroe cleverly juxtaposes this positive story about the internet’s role in freeing a possibly innocent man with the most mind-boggling account in the book: that of a teenage girl who is radicalized by murder fantasies online.

“The Killer” tells the story of two lonely teenagers — one rich, one less so — who meet online and plan, poignantly, a Valentine’s Day massacre at a mall. In just seven weeks, “Lindsay and James would come to feel that their meeting was part of some great cosmic plan.” Both were active in a Columbine-shooter-focused Tumblr forum. (“I could be your Eric,” Lindsay writes to James, referring to one of the Columbine shooters.) “Girls who’d been toddlers at the time of the massacre in Colorado had an easier time metabolizing the tragedy as an aesthetic: trench coats, violent video games, industrial techno, semiautomatic weapons … cute, misunderstood boys,” Monroe explains, a conclusion she draws after reading the couple’s voluminous chat record. Lindsay flies to Canada happy to go along with any plan, as long as she can wear high heels during the attack. She gets arrested at the airport.

By the end of the book, I found myself almost admiring the emotional plasticity of women who consciously scramble the logic of the predator-prey relationship in order to escape their unsatisfying lives. “Relationship” seems to be the key word. Throwing your lot in with the living embodiment of lethal peril — and swapping out the label “predator” for “boyfriend” — seems a surefire way to change your life. And isn’t that what we all want? Our lives to change?

Kaitlin Phillips is a frequent critic for Bookforum.