Donald Trump is not the ostensible subject of “Big Dirty Money,” Jennifer Taub’s polemic against America’s failure to curb the destructive criminal tendencies of the very rich. Yet the president, his friends and former Trump campaign and administration officials parade through these pages. The latest example may be Steve Bannon, Trump’s 2016 campaign chairman, whose arrest in August on fraud charges came too late for inclusion in Taub’s book.

Trump is very rich, although how rich remains a subject of investigation, given the wildly varying and self-serving values he’s assigned his many real estate assets. He has escaped the consequences of what amounts to a lifetime of dubious business dealings. As Taub, a law professor at Western New England University, writes, “Trump took advantage of a system that gives first, second, third and seemingly infinite chances to the elite.”

As president, he has been investigated, impeached, tried and summarily acquitted for high crimes and misdemeanors over his dealings with Ukraine and attempts to impede Congress. Trump also oversees the Justice Department and its investigations of white-collar crime, including cases involving many of his friends and associates. It should thus be no surprise that white-collar prosecutions on his watch have plummeted. He hasn’t hesitated to enlist his compliant attorney general, William P. Barr, in the effort to gain leniency for friends like his former campaign adviser Roger Stone and his former national security adviser Michael Flynn. Both were accused of lying under oath — one of the most common crimes committed by the wealthy and well connected.

The president wields the power of the pardon, and Trump has freely used it on behalf of wealthy white-collar criminals. He did so earlier this year for Michael Milken and Eddie DeBartolo Jr., sending a powerful message that white-collar crimes don’t really matter, even though white-collar crime in America “costs victims an estimated $300 billion to $800 billion per year,” Taub reports, while “street-level ‘property’ crimes, including burglary, larceny and theft, cost us far less — around $16 billion annually, according to the F.B.I.”

Trump is a stark illustration of why so few wealthy malefactors are held accountable. Like other members of the .01 percent, he can act with seeming impunity, able to buy or influence his way out of trouble. He empathizes with rich people who run afoul of the law. He minimizes their guilt, suggesting white-collar crimes aren’t really crimes, especially when the accused are white men, as the vast majority of all rich white-collar criminals are. Yet Trump is a symptom, not the cause.

Taub is hardly the first author to call attention to the American justice system’s curious indifference to white-collar crime, apart from occasional spasms of attention triggered by populist indignation. Brandon L. Garrett’s “Too Big to Jail” (2014) and John C. Coffee Jr.’s “Corporate Crime and Punishment: The Crisis of Underenforcement” (2020) are excellent examples.

But Taub explicitly and persuasively places the breakdown of enforcement and accountability in the context of money and class. She notes that the phrase “white-collar crime” was coined in 1939 by the sociologist Edwin Sutherland to describe an offense committed by “a person of respectability and high social status in the course of his occupation.” This association with respectability manifests itself throughout the justice system. Prosecutors, defense lawyers and judges are largely white, well-educated, affluent men and, increasingly, women, who, consciously or not, Taub suggests, identify with the white-collar defendants who come within their purview.

Asked about the startling lack of high-profile criminal cases after the 2008 financial crisis, Lanny Breuer, who served as the assistant attorney general in charge of the Justice Department’s criminal division during the Obama administration, told “Frontline” that the department looked “hard” at potential cases but couldn’t prove intent. “That’s the old standby excuse in any white-collar case,” Taub maintains. 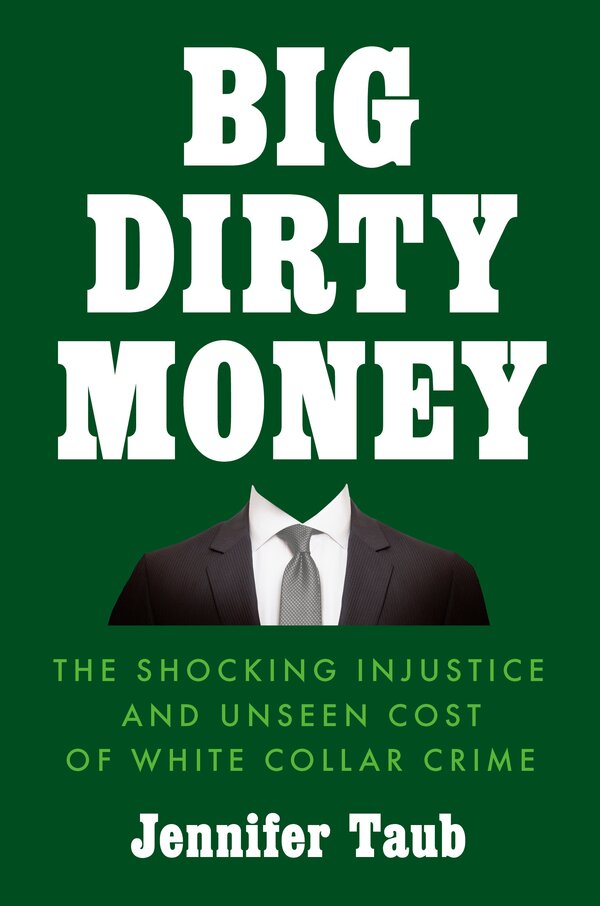 Attorney General Barr identified lack of intent as a key factor in his swift exoneration of President Trump on obstruction of justice charges, an issue the special counsel Robert Mueller had said he couldn’t resolve.

Intent is a subjective standard, and usually must be inferred: Hardly any accused criminals admit they acted intentionally, with a guilty state of mind. Yet the jurors in the 2004 trial of Martha Stewart, to cite just one of Taub’s case studies, had no trouble inferring intent in finding Stewart guilty of lying to federal officials in connection with her suspiciously timed stock trades. (That case was brought by then United States Attorney James Comey, who was fired by Trump as the director of the F.B.I. after he turned up the heat on the investigation of the Trump administration’s contacts with Russia.)

Taub poses a simple question and a provocative thesis: Why don’t more prosecutors just lay out the facts about intent and let juries decide? Isn’t it because on some level their empathy with the affluent, high-ranking executives they’re investigating prevents them from doing so?

A defendant’s social and economic status is even more obvious at sentencing. One might think that a person with all the wealth and advantages that society confers might be deemed more, rather than less, culpable than ordinary street criminals. On the contrary, many judges seem to believe that a fall from grace is punishment enough, especially since white-collar defendants (often older white men) pose little danger to society, at least with respect to committing violent crimes.

Some judges seem to shudder at the thought of people like themselves in prison. Taub suggests that they feel the prison environment is tougher for white-collar criminals than the presumably more streetwise non-white-collar ones.

Although the conviction and sentencing of Trump’s personal lawyer Michael Cohen happened too recently for Taub to mention, Cohen seems a classic beneficiary of judiciary deference. Sentenced to three years in prison for campaign finance violations and lying to Congress, Cohen was released early to home confinement out of concern he might contract Covid-19. Soon after, he was photographed dining at the posh Le Bilboquet restaurant near his Park Avenue apartment.

Paul Manafort, another Trump crony, faced 19 to 24 years in prison in one of two cases against him, for an array of crimes including tax fraud and money laundering. After noting Manafort’s “otherwise blameless life,” the judge in the case gave him just four years in prison. (He was sentenced to an additional three and a half years in the second case.) But no matter: Like Cohen, Manafort was released early over Covid-19 concerns. Trump has said repeatedly that Manafort’s prosecution was unfair.

Or consider Taub’s account of Deborah Kelley, a broker who admitted to paying more than $100,000 in bribes to a portfolio manager with New York’s giant state pension fund and then lying about it. She faced up to five years in prison, but instead was sentenced to home confinement and probation because the judge thought she was “a good person.”

“Such empathy rarely extends to the burglar or the small-time drug dealer,” Taub notes. “The lack of similar concern for poor offenders is astonishing,” she says. By this juncture, readers’ blood may have reached the boiling point. They’re unlikely to cool down after Taub turns to a list of six possible solutions — from creating a new Justice Department division focused on “big money criminals” to extending protections for investigative journalists and whistle-blowers. These are earnest and well intentioned but small bore given the scope of the problem she so vividly illustrates.

Solving it will require a broad shift in an American culture that celebrates the accumulation of wealth and too often turns a blind eye to — or even glorifies — the success of the white-collar criminal.