George RR Martin’s Winds of Winter has a lot of plot threads to continue on, namely the fate of Reek / Theon Greyjoy, who was being held captive by Bolton. Just before Bolton could marry “Arya Stark” (really Jeyne Poole in disguise) Reek took the young bride and ran away with her. This event prompted Bolton to send a damning pink letter to Jon at Castle Black.

The pink letter told Jon Bolton had kidnapped Mance Rayder – the former King Beyond the Wall – and he wanted the former king’s newborn son from the Night’s Watch.

Jon would never give up a newborn baby to an enemy, especially one as evil as Bolton.

After he read the pink letter, he announced to the Night’s Watch and the Free Folk that he intended to march to Winterfell and reclaim it from house Bolton.

Presuming he comes back to life after being stabbed in the Castle Black Mutiny, a fan has suggested the battle between Jon and Bolton has already been detailed. 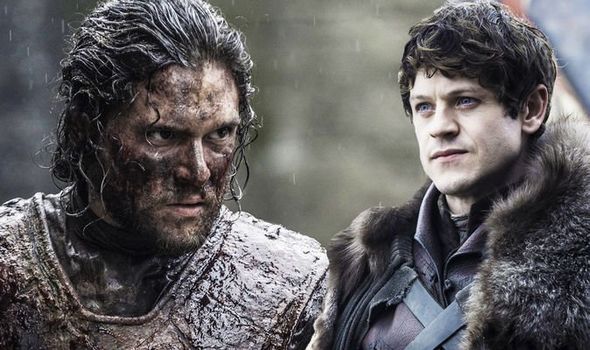 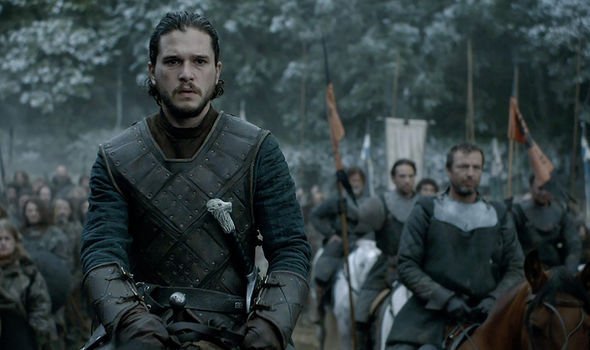 Reddit user Conchobhar97 pointed out a passage from the first book in A Song of Ice and Fire series, A Game of Thrones.

The passage reads: “One of [the dogs], a black mongrel bitch with long yellow eyes, caught a scent of the chicken. She stopped and edged under the bench to get a share. Jon watched the confrontation. The bitch growled low in her throat and moved closer. Ghost looked up, silent, and fixed the dog with those hot red eyes.

“The bitch snapped an angry challenge. She was three times the size of the direwolf pup. Ghost did not move. He stood over his prize and opened his mouth, baring his fangs.

“The bitch tensed, barked again, then thought better of this fight. She turned and slunk away, with one last defiant snap to save her pride. Ghost went back to his meal.” 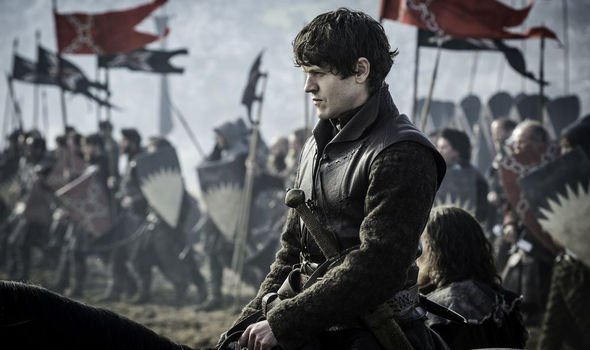 Game of Thrones Season 6- Episode #9 – Battle of the Bastards (HBO).mp4

Conchobhar97 then theorised: “A mongrel dog (Ramsey) challenges Ghost (Jon) and loses/submits, despite being three times the size (larger army). Maybe Jon and Ramseys final battle won’t be at Winterfell, but at the Dreadfort, after Jon defeats Roose/Ramsey and Ramsey retreats.” (sic)

In the past it has been theorised that Jon and his direwolf Ghost are connected in some ways.

This theory is further backed up by the fact Bolton keeps a collection of dogs to do his bidding during hunting and fighting.

Furthermore, Jon only has a few hundred men at his disposal from the Night’s Watch and the Free Folk.

If Jon’s army were to clash with Bolton’s, he would likely lose out entirely – just like he almost did in the Battle of the Bastards during HBO’s Game of Thrones.

However, if the two warriors were to come face-to-face, Jon would have a chance at defeating the villain.

Until Jon is revived after being stabbed by his men he will not be able to take down Bolton in Winds of Winter.

Author George RR Martin recently gave a rare update on the progress of his next book.

Writing on his Not A Blog website, GRRM said: “You all know what is on my plate in prose. I need to finish WINDS, and then maybe write another Dunk & Egg novella.

“And then get right into A DREAM OF SPRING, and in between edit some more Wild Cards books.

“Once more into the breach, dear friends… Westeros beckons.”

Earlier this year GRRM said he was aiming for The Winds of Winter to be released in 2021.