Bachelor Nation will soon have a new face to tune in to watch every Monday night, and while the announcement of the next Bachelor is still several weeks away, fans have their eyes on potential stars. During his time on Hannah Brown’s Bachelorette season, Tyler Cameron went from being known by audiences as a quiet, dancing contractor to the woke, supportive man of fans’ dreams. As of July 25, Tyler is still a contender for Hannah’s heart, so viewers have to wait for The Bachelorette finale before knowing if he is even on the market still. But for now, fans are fixated on looking for signs that Tyler C. will be the next Bachelor.

When she first met the Florida native, Hannah seemed to believe 26-year-old Tyler was just a pretty boy who toyed with women’s emotions. Bachelor Nation’s first impression wasn’t too different, but their opinions started to shift when Tyler began receiving more one-on-one time with Hannah. Fans praised him for praising Hannah’s strength, and they appreciated him recalling how he took responsibility when his dad was hospitalized before the show. During the overnights episode, viewers were please to see how respectfully he reacted toward Hannah’s decision to limit their fantasy suite date to exploring their mental connection, rather than their physical one. On Twitter, his funny commentary on the show also proved he is far more than a handsome face.

If Hannah’s rejection of Tyler is coming up this season, viewers will be crushed to see him go, but there’s always hope of Bachelor glory. If you need some hope after imagining Tyler parting ways with Hannah, let’s check out the hints that he could be the next Bachelor.

1. He Has An Emotional Backstory

Tyler has been vocal about his dad’s health scare, but on his hometown date, he also discussed how hard his father worked to maintain their home and how the recession caused the Camerons to lose that house. He had a heartfelt reunion with his dad later on that date, and Mr. Cameron proceeded to deliver wise words about love to both Tyler and Hannah.

Together, the Cameron men unintentionally fought against toxic masculinity, and Tyler willingly speaking about his past troubles could mean that he’d be just as honest about his experiences on The Bachelor. The franchise doesn’t always utilize leads’ heartbreaks from outside of the show, but with both Hannah’s potential rejection and his relationship with his family in mind, Tyler could generate a decent amount of sympathy as the Bachelor.

2. Hannah Noticed His Flaws, Which Could Be A ‘Bachelor’ Obstacle

In Amsterdam, Hannah used her one-on-one date with Tyler to poke at his walls, asking him to share how he was feeling. Already stuck in his head, he was a little reluctant to share, which concerned Hannah. The former college football player eventually opened up about his parents’ divorce and his fear of having a failed marriage, but it took some time for him to feel ready for this discussion. Every Bachelor needs a weakness he has to learn how to overcome during his season, and being a little shy could be Tyler’s kryptonite. Fans can like the Bachelor and still want him to experience some inner drama, right?

More often than not, ABC typically picks a new lead from the latest season’s final four contestants, meaning that Tyler, Jed Wyatt, Peter Weber, and Luke Parker would traditionally be the network’s top Bachelor picks. While Luke has received flak for his misogynistic and manipulative behavior, outlets broke the news that Jed and Peter both had girlfriends shortly before leaving to film the show. In Peter’s case, his ex-girlfriend alleged that he broke up with her three months before The Bachelorette to pursue the show, while Jed told his ex that he was doing The Bachelorette to promote his music.

Although reports of Tyler failing to pay a driving ticket have now emerged, fans have yet to uncover any larger skeletons involving him. ABC’s casting choices haven’t been the best, but it seems that selecting Tyler as Bachelor would help avoid any other real-life controversies. 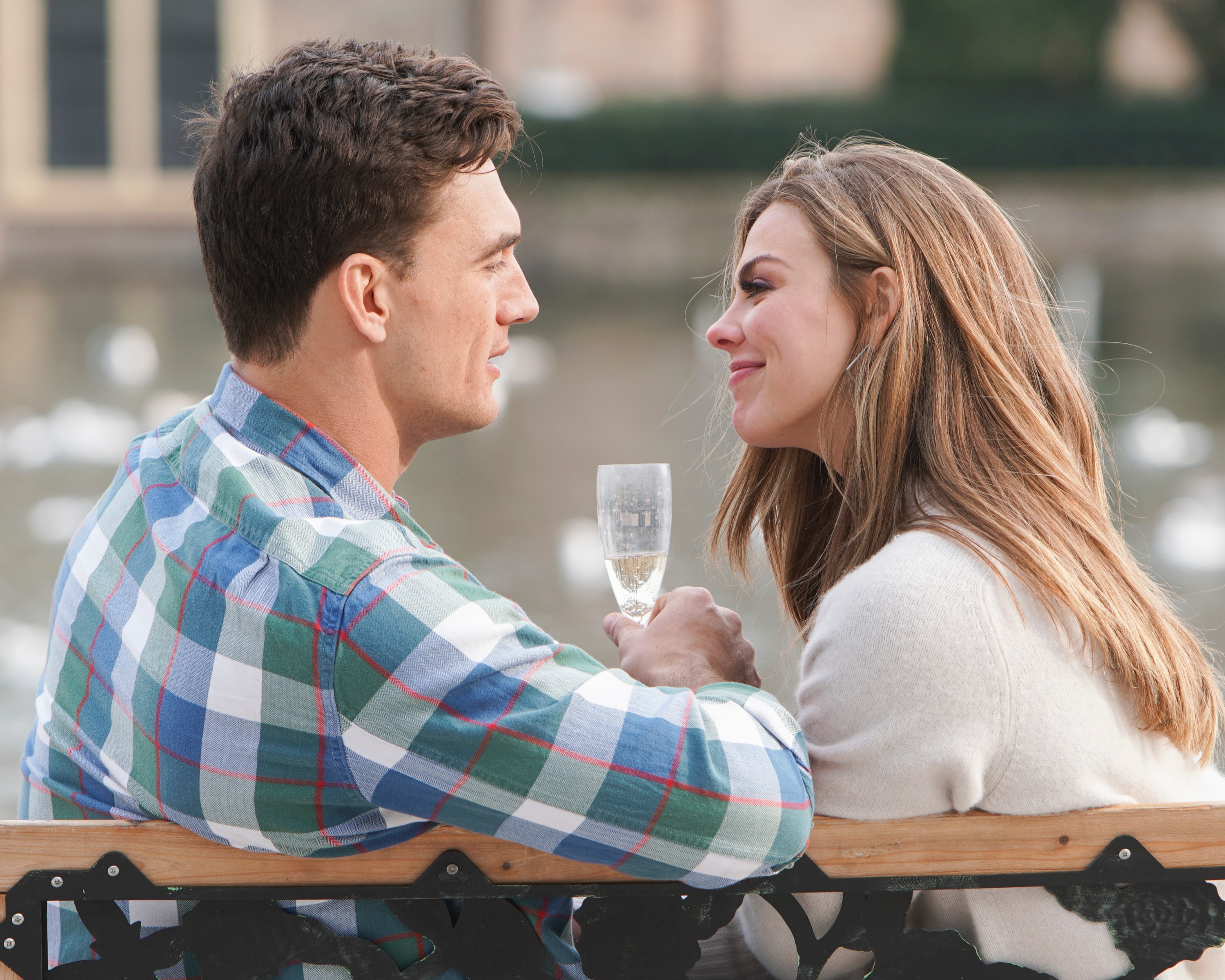 It only takes a scroll through Twitter on Bachelorette Mondays to catch on to how beloved Tyler is. Thanks to social media, fans have grown to love the contestant for more than just his romantic speeches on TV. Through Instagram and Twitter, they’ve learned about Tyler’s involvement with ABC Food Tours, an organization taking children affected by homelessness on tours of Manhattan eateries, and some viewers have even participated in the New York City runs Tyler and his friend led in support of the company. On both The Bachelorette and online, Tyler has also been quick to invoke a feminist attitude regarding Hannah and her decisions. Who knew that such a man even existed?

Bachelor Nation has to wait for Tyler’s Bachelorette fate before embarking on a full-fledged Bachelor campaign, but if more roses are in his future, Tyler would certainly make fans proud.