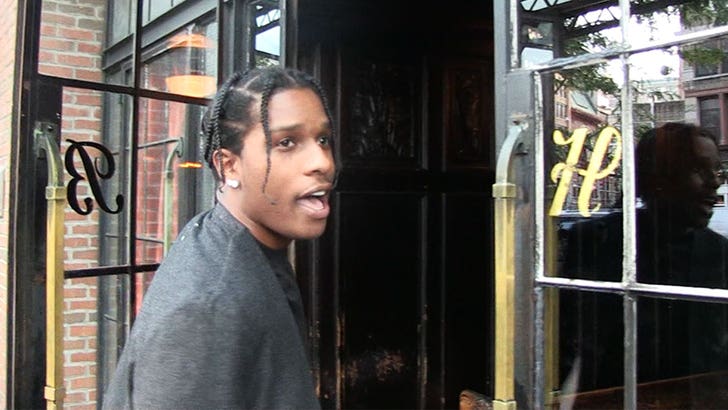 A$AP Rocky has returned to the Big Apple, and his happy-go-lucky vibes are palpable … this after his turbulent experience in Sweden.

We got the Harlem-based MC Sunday night going in and coming out of The Bowery Hotel in NoHo, Manhattan, where our camera guy asked how he was feeling being stateside again after being held in Swedish custody for about a month. “Happy AF” is an understatement.

Rocky was even more ecstatic as he was leaving, telling us what his takeaway is after going through what he did — an arrest, a long holding period, a trial, and an eventual guilty verdict (but no further jail time), just to recap. Watch … life’s simple when you’re free.

As we’ve reported … A$AP’s been on the West Coast quite a bit since touching back down in America — going to Kanye’s Sunday Service, and even headlining a show in Anaheim.

Based on how he’s been acting since he’s been back … you can tell the dude’s got a new outlook on life. As he says here, he’s no troublemaker … just a “pretty motherf***er.”