Countryfile star Adam Henson, 54, has lent his support to the Buddy Dogs service for vision-impaired children, following the heartbreaking death of his 10-year-old nephew Ben in 2006. The presenter has reflected on the time his late nephew lost his sight at just five years old, as he discussed the challenges families face in the same situation.

It brought home to me the challenges facing families with a visually-impaired child.

He explained: “When my late nephew Ben lost his sight at five years old, it brought home to me the challenges facing families with a visually-impaired child.

“Animals had a wonderfully calming and therapeutic influence on him, dogs in particular.”

The farmer recently met up with Buddy Dog owner Evie Gormley, 16, and her pooch Uma to discuss sight loss and their shared love for animals.

“I fully understand the incredible impact that Uma has had on Evie,” he added. 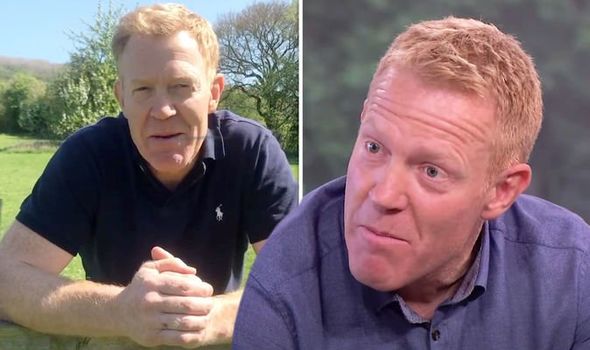 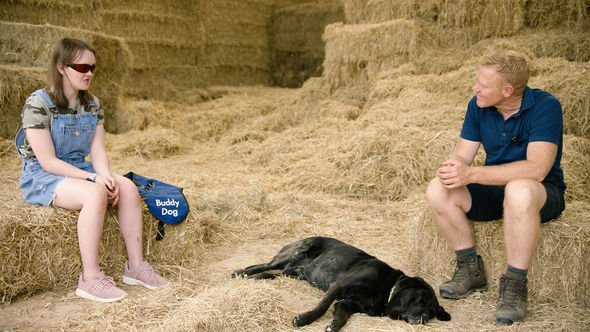 “It was delightful to meet them both. She’s a wonderful person and listening to her explain how Uma has given her back her confidence was inspiring.”

Buddy Dogs is a service designed to specifically help children and young people with sight loss, by providing them with a friendly dog.

Adam’s nephew was diagnosed with brain cancer aged five and spent 10 months in hospital having treatment.

He underwent multiple operations to remove the tumour, but suffered complications and contracted a number of infections along the way. 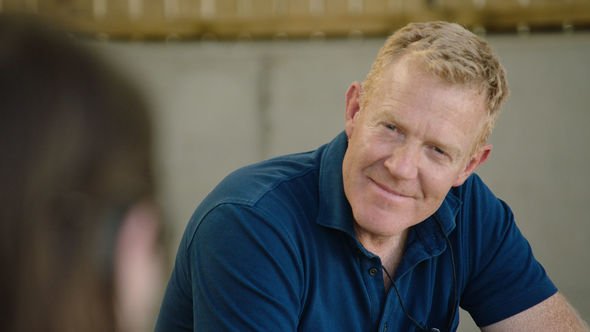 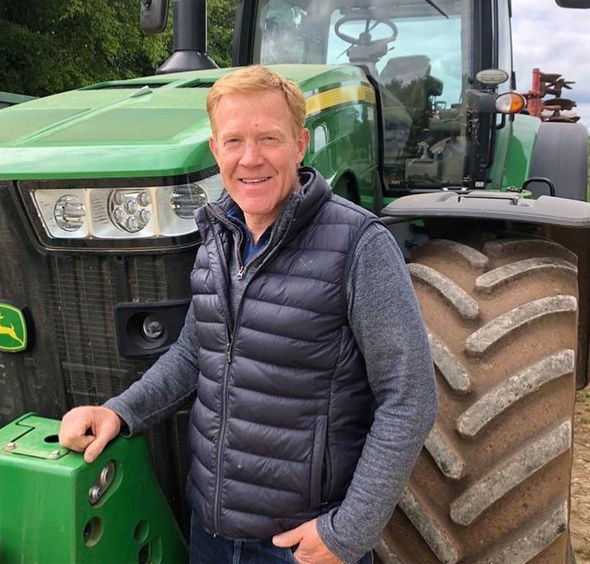 This included meningitis, which severely damaged his brain and also left him permanently blind.

After the disease returned in 2005, Ben’s parents were told there was no cure for him.

Adam opened up about the death of his sister’s son back in 2014 and revealed how he made him a better person.

“I think about Ben most days, actually,” he explained.

“My daughter Ella was quite close to him when he was poorly.

“For all of us it was hard, but it was educational for us to realise the challenges a blind person has.

“You hear and read about it but when you are around someone who has lost their sight it really brings it home to you and what the impact is on families who live with it.

“I think about Ben most nights when I kiss my 11-year-old son goodnight and put him to bed, I just think how precious life is and how precious your vision is,” he added to the Sunday Sun.

Ben’s parents went on to set up the charity Useful Vision, which addresses a need for activities to stimulate and engage blind and vision impaired children.

“Ben was only little, so very young when he was diagnosed and had to have operations,” he added.

“He went from an amazing, bouncing young lad to someone who was a patient and finding it hard physically.

“But mentally he was incredibly strong – I never once heard him moan about stuff.

“He would come down for Christmas or we would have gone up there and we went on holiday to Portugal and skiing,” he continued of his memories with Ben.

Find out more at guidedogs.org.uk.