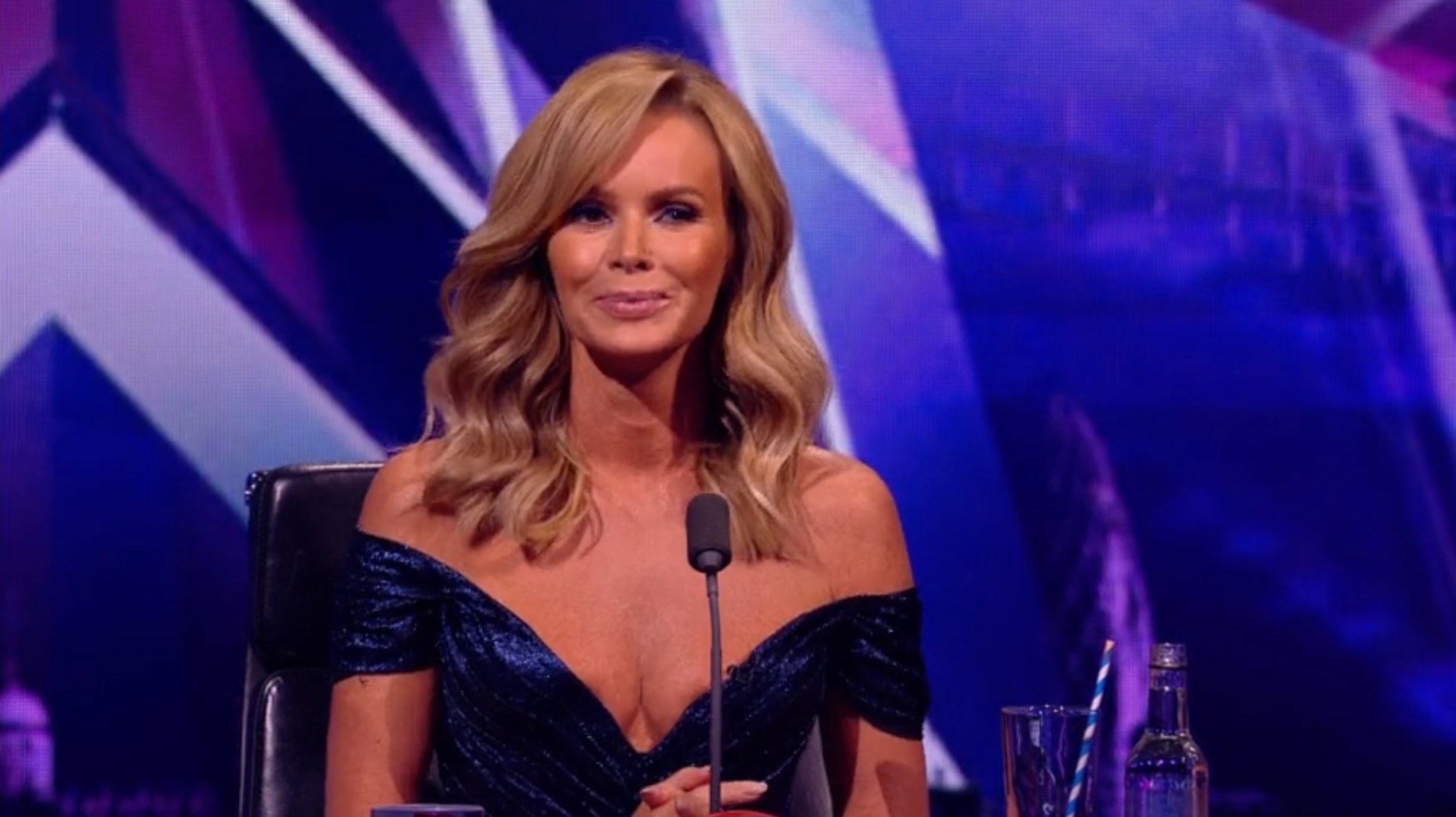 Amanda Holden has paid tribute to her stillborn son Theo on his 10th birthday.

The Britain’s Got Talent judge, 49, was seen remembering her baby boy on Instagram in a sweet post, where she revealed she thinks of him every day.

She had been seven months pregnant with Theo in 2011, when he died in the womb at an advanced stage, meaning Amanda still had to give birth to him.

Amanda uploaded a photo of Theo’s footprints and wrote: ‘#Theo ..our gorgeous little boy …You would have been 10 years old today.

‘Not a day goes by without thinking of you. 💙’

Her post was inundated with messages of support from fans and celebrities, including McFly star Tom Fletcher, Nicole Appleton, Charlotte Hawkins, Ashley Roberts and Paddy McGuinness.

Presenter Kate Thornton commented: ‘Darling, thinking of you and Chris and sending nothing but love.’

At the time of Theo’s birth, a scan revealed his heart had stopped and he was born by caesarean at West Middlesex University Hospital.

Following her loss, Amanda set up a charity in Theo’s name, called Theo’s Hope, that provides funds for bereavement counsellors in maternity units around the UK.

Amanda recalled giving birth to Theo last year in a documentary praising the NHS and she choked up as she recalled holding her baby boy in her arms.

Appearing on Dear NHS Superstars, Amanda explained she went into hospital after not being able to feel Theo kick and was told there was no heartbeat.

‘Then I heard this terrible noise, this sort of screaming, guttural screaming. And it was the most bizarre thing that’s ever happened to me because it was me,’ Amanda said on the show.

‘And I didn’t know I was doing it. I just had no control over myself. ‘I thought it was somebody in another room making the noise, screaming and crying. I opted to go for a C-section because I just did not think I could go through a natural labour. Because you know that at the end, a fully formed little baby with absolutely nothing wrong with him apart from being asleep, is going to come out.

Describing the ordeal as ‘beyond horrific’, Amanda said she was ‘terrified’ to hold her son, but eventually came round to the idea after being encouraged by her midwife and friend.

‘When I felt him in my arms for the first time, I realised I was still a mummy, even though he was fast asleep,’ she said. ‘The thing that I always remember most about him was his perfectly-formed eyebrows, which all my children have.’

Praising the hospital staff who helped her, Amanda said: ‘I’ll do anything for that hospital, because that’s where my son was born and that’s where we were treated with such care.’

Sands UK is a stillbirth and neonatal death charity, which works to reduce the number of babies dying and to ensure that those affected by the loss of a baby receives the best possible care for as long as they need it.

The charity aims to better understand the causes of baby deaths and works with governments and other organisations to raise awareness of issues surrounding baby loss.

Sands provides bereavement support at a local and national level.