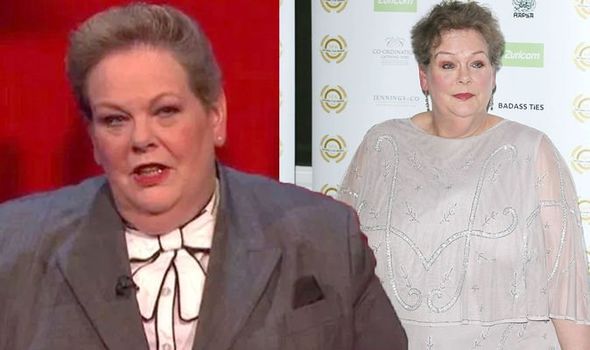 Anne Hegerty dropped some “outstanding new information” during a conversation with users in view of her 124,000 Twitter followers this week. The Chase star revealed how she had previously written two books, but they did not feature her name. The 60-year-old claimed they were “a bit rubbish” as she opened up about how it all came about. She said “nobody bought them” while leaving those on the micro-blogging site shocked this hadn’t come out already.

He couldn’t do EVERYTHING himself

It all started when someone brought up late American author Richard Scarry, on what would have been his 100th birthday.

The tweet read: “Surely one of the most distinctive author-illustrators of the 20th century, Richard Scarry was born on this day 100 years ago.

“If you missed it back in 2016, here’s our review of his confusingly titled Isn’t Pig Won’t Naughty?”

It was then that Anne revealed all: “I actually once wrote two books under the name Richard Scarry.

“(With his permission, I should add. He couldn’t do EVERYTHING himself.) They were a bit rubbish and nobody bought them.”

Seemingly gobsmacked by the news, they wrote back: “This is outstanding new information. I now expect someone to add to your Wikipedia page: ‘Other names: Richard Scarry’.” 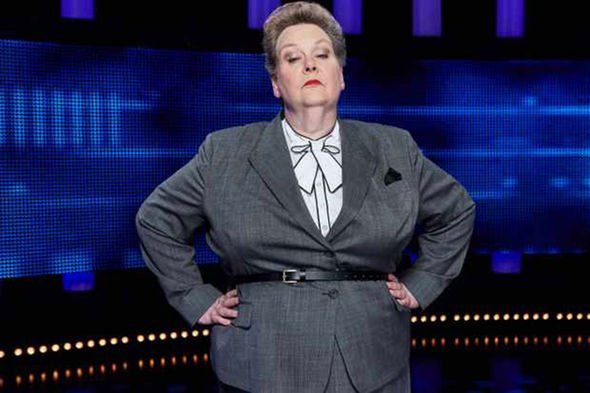 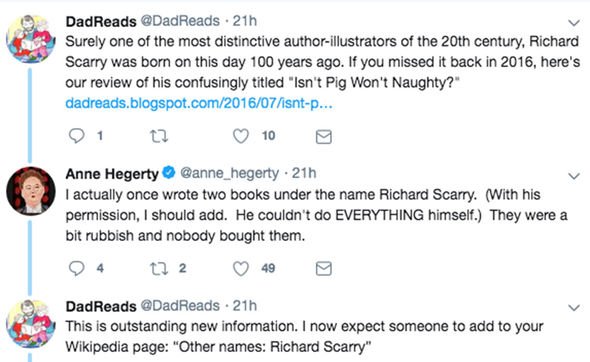 Someone else agreed: “You’re not wrong about that. Anne, do you remember what the two titles were? (I feel like my #1lib1ref moment has arrived!)”

But, Anne struggled to recall many details but did discuss the foray into writing further.

She added: “One of them was based on Mr Frumble’s Worst Day Ever! and I can’t remember what the other one was.

“They were sticker books. The publishing firm I was working for had a licence to cannibalise Scarry books and use the art in other books (provided we cleared the new text and storylines with his son Huck).”

Richard Scarry died in April 1994, after publishing more than 300 books with total sales of over 100 million. 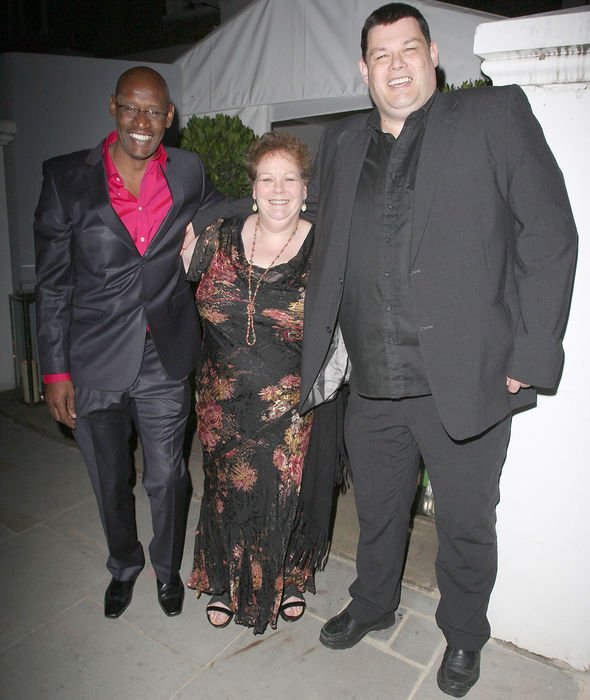 Meanwhile, Anne is mainly known for her TV commitments, which have included I’m a Celebrity… Get Me Out of Here!, Britain’s Brightest Family and The Chase in the UK and Australia.

It comes just days after her The Chase co-star Mark Labbett left viewers concerned with an announcement.

The Beast star, 53, took to Twitter to reflect on his first episode on the ITV show, which he recorded in 2009.

In view of his 110,000 followers, he commented: “@itv @ITVChase @PotatoITV @thekelpie on June 3rd 2009, I recorded RX1 of a new show called the Chase. I lost. Thanks for ten years of a life changing opportunity :).”

The Chase airs daily on ITV.