Canadian actor Thomas Middleditch has been getting more and more work in Hollywood such as on hit shows like Silicon Valley and in upcoming blockbusters like Godzilla: King of the Monsters.

This means that even if you don’t yet know his name, you definitely know his face and all that increased fame has made people all the more interested in his personal life — especially since he revealed to Playboy that he and his wife Mollie Gates have an open marriage.

So are the two still married, and if so, how do they make that whole open marriage thing work?

Thomas Middleditch and Mollie Gates opened up after getting married 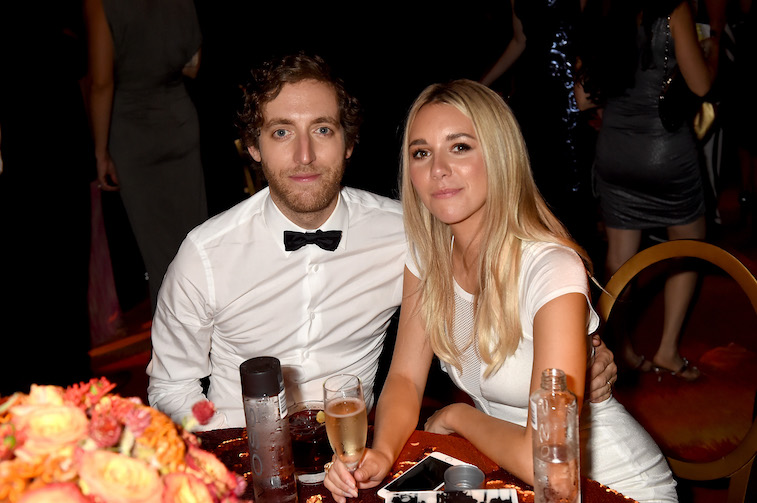 When talking to Playboy about him and Gates’s unique arrangement, Thomas Middleditch revealed that it came about only after they had already said their vows.

“Only after I got married was I like, ‘Mollie, I’m sorry, but we have to get nontraditional here.’ To her credit, instead of saying … ‘I’m out,’ she was like, ‘Let’s figure this out.’”

Middleditch suggested that he had always assumed that getting married would change some of his urges and that when it didn’t, he wanted to work things out in a way that was agreeable to his wife.

“I’d always thought I was a romantic and that when I fall in love, that stuff fades away. It does for some years — enough to be like, ‘I should get married, and I’ll be different,’ but it’s part of me. If that’s part of your being and it feels important to you, find a way to explore it, because repression sucks.” Luckily, Gates was open to explore this unconventional approach to their marriage and Middleditch claims it actually changed things for the better for them, saying that “swinging has saved [their] marriage.”

You can call them swingers, but that term is kind of outdated

Many people call what Gates and Middleditch are doing “swinging,” but as Middleditch explains, that term is actually kind of passe. Instead, it is now called “being in the lifestyle” and it is something that he and his wife approach as a unit.

It’s a type of arrangement that requires them to keep super open lines of communication and stay on the same page constantly, something that isn’t always easy to do in any marriage, let alone one with so many moving parts.

Middleditch clarified: “We have different speeds, and we argue over it constantly, but it’s better than feeling unheard and alone and that you have to scurry in the shadows.”

He also said that “There’s a lot of negotiation, and adding fame sometimes makes it easier and sometimes complicates things.” Whatever the specifics, it seems to be working out, because he and Gates seem genuinely happy together.

I am lucky that my very pretty wife has a thing for goblins.

So how does it work and have they ever hooked up with fans?

One of the weirder ways that fame affects their arrangement is that sometimes the people who want to get busy with the couple want to do so because of Middleditch’s fame.

According to Middleditch, “Personally, that’s one of the trickier elements of it all, because Mollie doesn’t get that and yet she has to witness it. I’m like, ‘Come on, what about this chick who’s obviously really into me?’ And Mollie will say, ‘Yeah, she’s into you. Where do I fit in?’ That question comes up.”

But no matter who they are bringing into the fold, they only do so if they can follow the rules and guidelines they’ve set up to make their arrangement work for both of them.

“Mollie and I have created our own rules, and compared to most of the people we’ve met who do this kind of s—, our rules are strict.”

Whatever the rules are, it seems to be an arrangement that fits their lifestyle, and talking openly about it means that maybe people will see it for the positive arrangement it has been for them instead of just something freaky and different.