Stephen Amell cut a casual figure in Los Angeles when he was spotted for the first time since he got into an altercation with his wife on a flight.

Arrow star Stephen Amell has been spotted out and about in Los Angeles, just days after he was asked to leave a flight on June 21. The incident occurred when he “got into an argument” with his wife Cassandra Jean Amell while “on a Delta flight from Austin to LA.” The 40-year-old surfaced four days later in California, cutting a casual figure while running errands — see all the pics here. 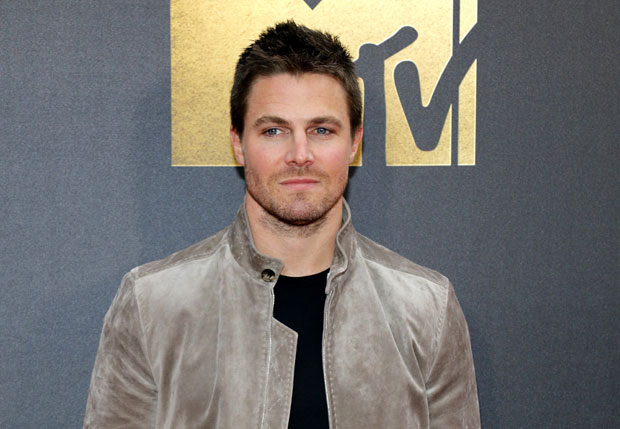 The actor opted for a pair of blue and green tie-dye printed shorts, which he paired with a black long sleeved tee, black flip flop sandals, and a black and white headband. As fans would know, it was the first sighting of Stephen since it was reported that by Page Six that he was “forcibly removed” from a plane. Stephen has since spoken out on Twitter, claiming his version of events was different.

“My wife and I got into an argument Monday afternoon on a Delta flight from Austin to LA. I was asked to lower my voice and I did. Approximately 10 minutes later I was asked to leave the flight. And I did so immediately. I was not forcibly removed,” he wrote, adding, “I rebooked myself on a Southwest flight 2 hours later and traveled home without any further issue. I let my emotions get the better of me, end of story. Must be a slow news cycle.”

Cassandra Jean and Stephen have been married for nearly a decade and share a 7-year-old daughter named Mavi. The mom-of-one, who is also an actress, has appeared in Arrow, alongside her hubby, and Supergirl, which is also a part of the “Arrowverse”. In the show, she portrayed the comic book character Nora Fries. Stephen has also been keeping busy since cult favorite show Arrow ended in January 2020. The actor is set to star in the upcoming wrestling drama Heels on Starz, in which he will play Jack Spade opposite Alexander Ludwig.