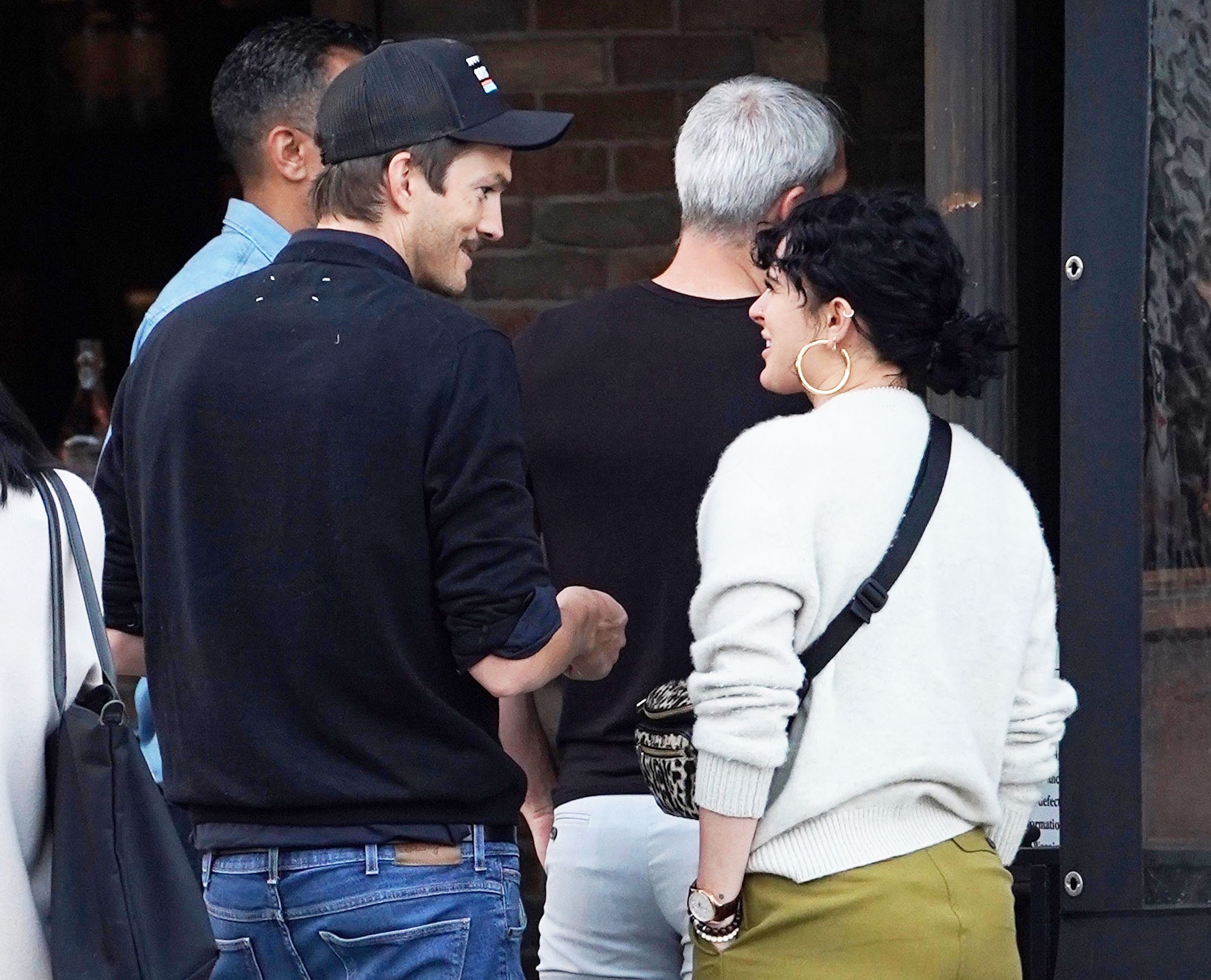 Drinks on him! Ashton Kutcher and his former stepdaughter Rumer Willis hung out at a cocktail bar in Los Angeles on Tuesday, June 25.

The Ranch star, 41, and the Empire alum, 30, were spotted chatting outside the Black Market Liquor Bar in the Studio City neighborhood. He kept it casual in a navy shirt with the sleeves rolled up, jeans, gray sneakers and a black baseball cap, while she looked comfortable in a gray sweater, olive-green trousers and white Nike high-tops.

“They arrived with a group of people around 8 [p.m.],” an eyewitness tells Us Weekly. “They were just waiting in line and had a very animated conversation.”

Kutcher was married to Willis’ mother, Demi Moore, from September 2005 to November 2013. The former couple, who had a 15-year age difference, got together after the G.I. Jane actress’ divorce from Bruce Willis, to whom she was married from November 1987 to October 2000. In addition to Rumer, Moore, 56, and the Die Hard actor, 64, are the parents of daughters Scout, 27, and Tallulah, 25. (Bruce also has daughters Mabel, 7, and Evelyn, 5, with his second wife, Emma Heming, whom he married in March 2009.) 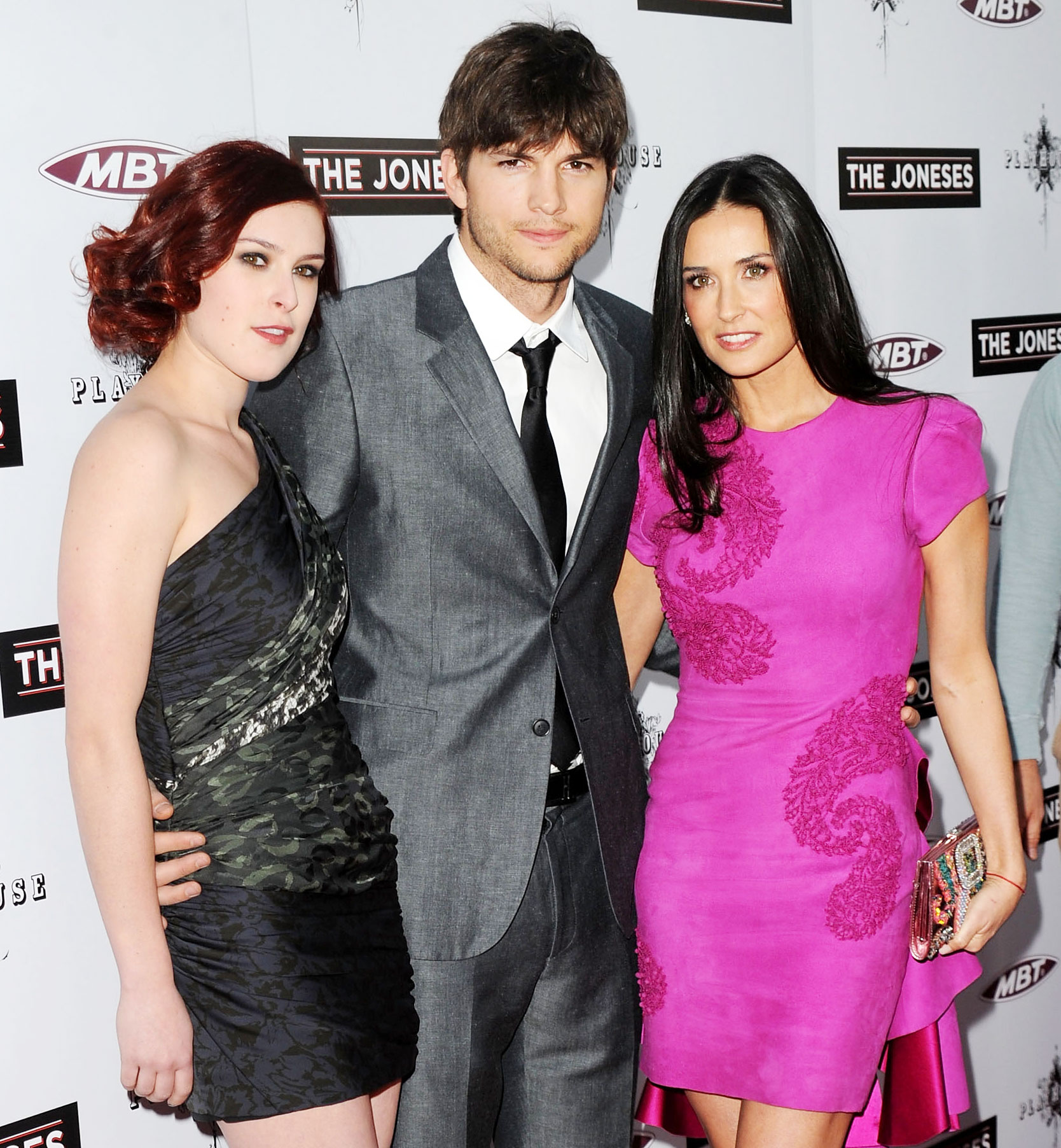 The That ‘70s Show alum, for his part, walked down the aisle a second time in July 2015, when he married his former costar Mila Kunis. They share daughter Wyatt, 4, and son Dimitri, 2.

Since separating from Moore, Kutcher has maintained a friendly relationship with Rumer. In September 2018, the actor made headlines for signing over his Hollywood Hills home to the Dancing With the Stars season 20 winner. They had originally purchased the property together in 2009 for $971,500.

The Two and a Half Men alum was a doting stepfather to Rumer, Scout and Tallulah during his marriage to their mom. “They had three kids they were raising. It was, like, a normal life,” Kunis, 35, said on the “WTF With Marc Maron” podcast in July 2018. “He was younger, but he loved those kids.”

Kutcher shared a similar sentiment during a 2015 interview with Howard Stern, in which he said, “I loved those kids like my own kids, and I helped raise them until Tallulah was 18 when we got divorced.”