Sasha Obama takes after her mom, Michelle — and Barack Obama knows he needs to steer clear of them both. The former president joked that he’s ‘scared’ of his youngest daughter on ‘Kimmel.’

If there’s one thing that Barack Obama‘s learned over the past two decades, it’s to steer clear of Sasha Obama. The former president joked during his November 19 Jimmy Kimmel Live! appearance that he’s, frankly, kind of “scared” of his youngest daughter, who takes after wife Michelle Obama. “Sasha is a mini Michelle,” Obama joked about his 19-year-old. “I’m afraid of Michelle and Sasha, having seen that, basically has the same look and same attitude.”

As for 22-year-old Malia Obama, she takes after dear old dad. “Malia is more like me temperamentally,” Obama said. “We call ourselves ‘The Long Faces,’ because [Malia’s] face is more shaped like mine, and ‘The Round Faces’ are Michelle and Sasha. The Round Faces are a fiercer tribe. We’re like the vegetarians, the gatherers, and they’re the hunters. We try to keep the peace with them… I’m generally the brunt of jokes in my house.” 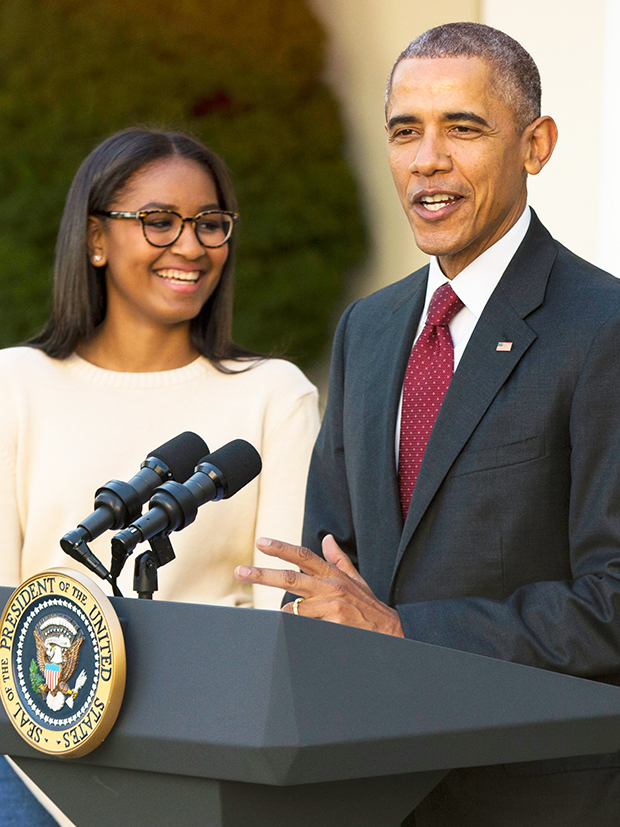 Obama went on to discuss his new memoir, A Promised Land, which he joked his girls will read “by the time they’re 30. He dedicated the 700+ page tome to his two daughters, and wrote about how he vowed to always be there for them the moment they were born. “My dad wasn’t there when I was growing up,” Obama said on Kimmel. “When I married Michelle and we talked about starting a family, I said to myself, ‘I’m going to do things differently. I’m going to make sure my daughters know me, they know they’re loved, they know they’re supported.’”

“Overall, they say, I think, I did a good job on that front, but there were a lot of times that I’d be gone more than I wanted, especially during the campaign for the presidency. There were times where I’d have to leave early, in the middle of something, because some crisis comes up,” he recalled. “Maybe most frustrating, I couldn’t do normal stuff with them,” he continued. “If we wanted to go to a bookstore while I was president, you’d have the SWAT teams, they’d have to bolt down the manhole covers in front of the store.” 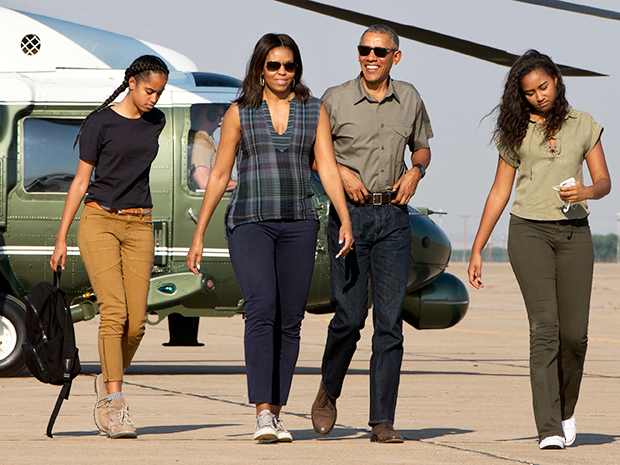 Obama revealed the qualities he loves the most about his daughters in a recent interview. For Sasha, it’s her ferocity and confidence. “Sasha is, as Malia describes it, completely confident about her own take on the world and is not cowed or intimidated — and never has been — by anybody’s titles, anybody’s credentials… Malia is buoyant. She’s somebody who enjoys people, enjoys life, and enjoys conversation. She’s never bored, which is a badass quality that can take you places.”