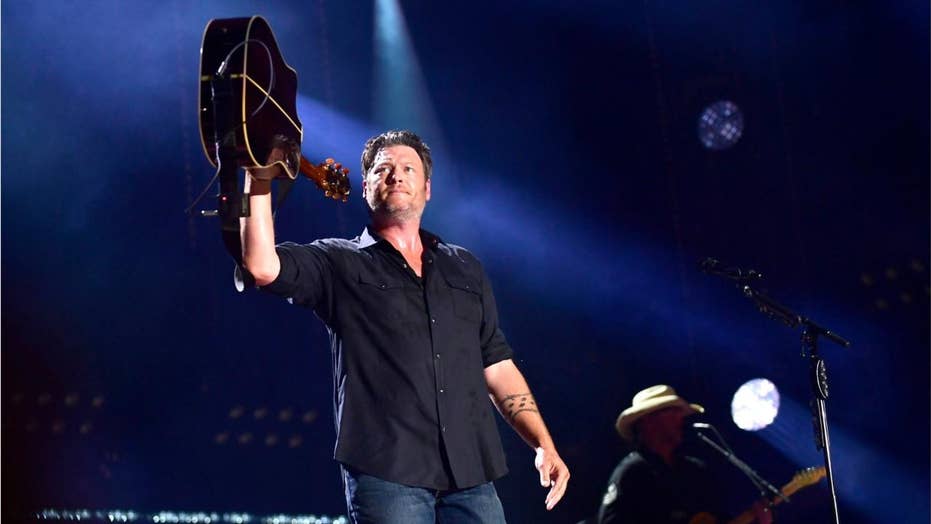 Blake Shelton admits to being drunk on stage

A video posted by a fan of Blake Shelton falling on stage forced the country music star to respond on his twitter, admitting that he has been drinking ‘a lot.’

Gwen Stefani is in the running for girlfriend of the year.

Not only did the No Doubt frontwoman celebrate boyfriend country singer Blake Shelton's 43rd birthday with a pizza party, she surprised him with a very sweet gift.

Stefani, 49, got Shelton a "huge" new sign to put outside his ranch in Oklahoma.

“It’s like a ‘Welcome to the Ranch’-type sign,” Shelton told People magazine on Friday. “It was a handmade deal. It’s pretty cool.”

The couple celebrated with friends and family at Stefani's house, and it was actually Shelton's idea to take advantage of her brick pizza oven in the backyard.

“[Gwen] said, ‘What do you want?’ I go, ‘Well, there’s a big pizza oven out there, so we need to figure out how to use that thing,'” admitted "The Voice" coach. “So they have a friend who actually owns a pizza restaurant here in town, he came over and knew how to do it.”

The crooner admitted usually he just goes with frozen pizza or Pizza Hut.

“Christmas, birthdays, any kind of holiday — they always sit down and take time to write a message and draw pictures or something,” he said. “Those are the coolest, coolest things, you know? It’s something I never experienced in my life. When they take time and actually make something, it’s pretty cool.”

Shelton and Stefani will be competing against each other of the next season of "The Voice." She's replacing Adam Levine, who left the competition series after 16 seasons.

“We’re all going to miss Adam,” Shelton said. “There’s no way around it. But she’s way better looking than he is, in my opinion.”