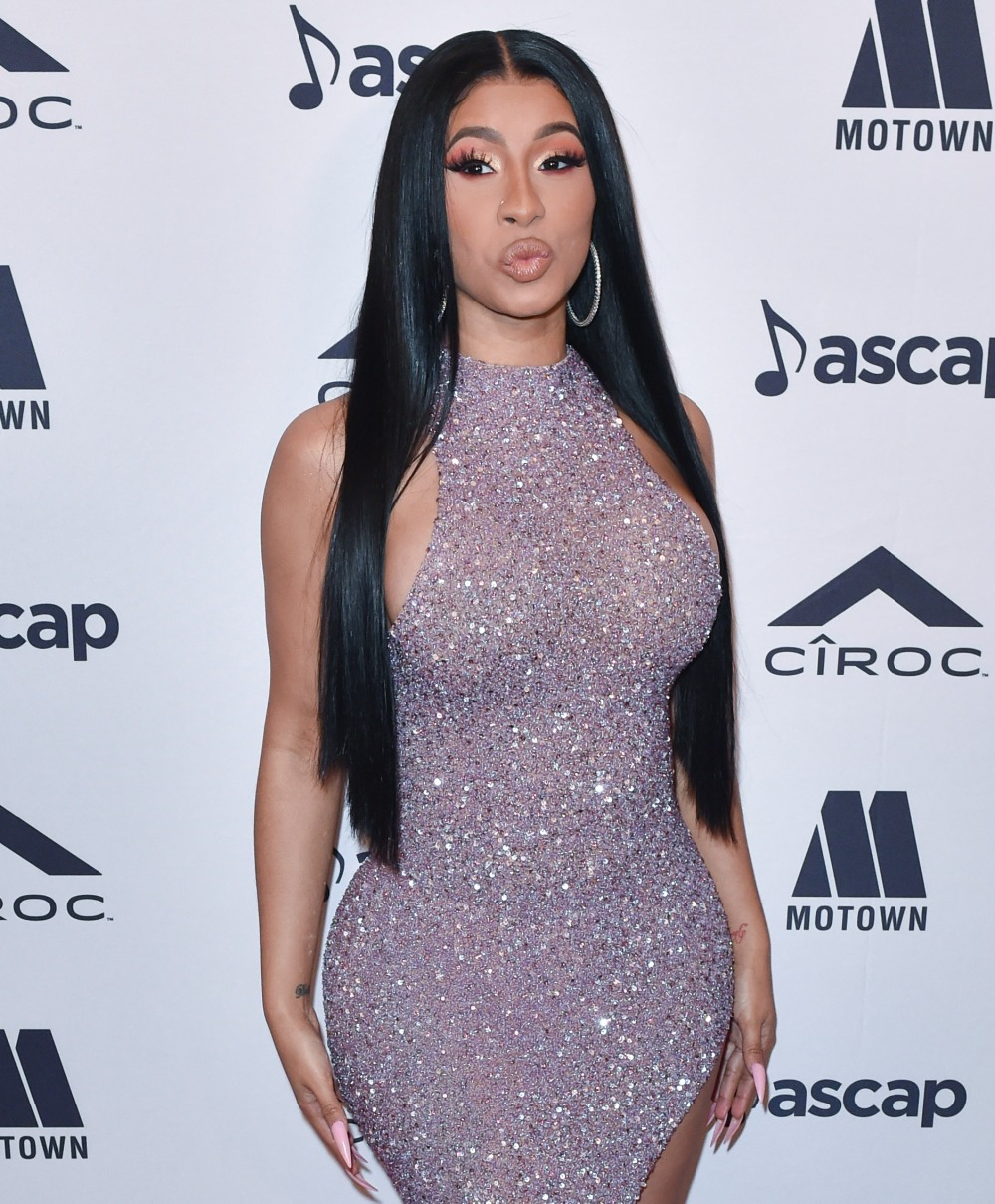 Here are some photos of Cardi B at the 2019 ASCAP Rhythm and Soul Awards on Thursday night. I hope she enjoyed her big night out, because I’m sort of worried that Cardi might be going to jail for a while. Last year, when she and Offset were in the midst of some drama over his (serial) infidelity, Cardi and some of her people raised a massive ruckus in a strip club. There was at least one woman in the club (maybe more?) who might have slept with Offset, something like that. What started out as Cardi trying to beatdown a strip club bartender ended up being a huge strip-club-wide fight with thrown chairs, broken bottles and more. Of course other people got hurt. And Cardi’s part in the ruckus was investigated, and now she’s being charged with… two felonies and twelve misdemeanors. Rough.

Cardi B has been indicted by a grand jury on multiple charges — including 2 felonies — in connection with a brawl at a New York strip club … TMZ has confirmed. TMZ broke the story …Cardi was arrested in October for allegedly ordering an attack on 2 strip club bartenders — Jade and Baddie G. The 2 women claim they were injured during the brawl when Cardi’s people began throwing bottles and chairs. The incident, which went down in August, was allegedly triggered after Cardi accused Jade of sleeping with Offset.

The grand jury has indicted Cardi on 14 charges, including 2 counts of felony attempted assault with intent to cause serious physical injury. Other charges include misdemeanor reckless endangerment, assault, criminal solicitation, conspiracy and harassment.

She was initially charged with 2 misdemeanors … assault and reckless endangerment, but that’s all superseded by the grand jury indictment.

Cardi rejected a plea deal, which would have given her a conditional discharge in return for pleading guilty to a single misdemeanor. The problem … if she misstepped during the conditional period, she’d be in big trouble.

Prosecution sources told TMZ last month they decided to take the matter to the grand jury because of information they discovered during their investigation. They would not be specific.

It was ALWAYS stupid for Cardi to roll up to the strip club with the express purpose of throwing down with a woman Offset might have slept with (let’s be honest, he almost certainly did sleep with her). It was stupid on so many levels. One level being: Offset is a serial philanderer and Cardi wouldn’t have the time to work if she just went around beating up his mistresses. That’s a full-time job. Another level is…it’s Offset, not Michael B. Jordan, damn. You’re going to fight like that over OFFSET?? I know Cardi always says that Offset had her back completely while she was working and hustling all her projects, but still – I wish she and Offset had stayed broken up. And now she’s probably going to jail for a while because Offset couldn’t keep it in his pants and because Cardi was too codependent to dump him. 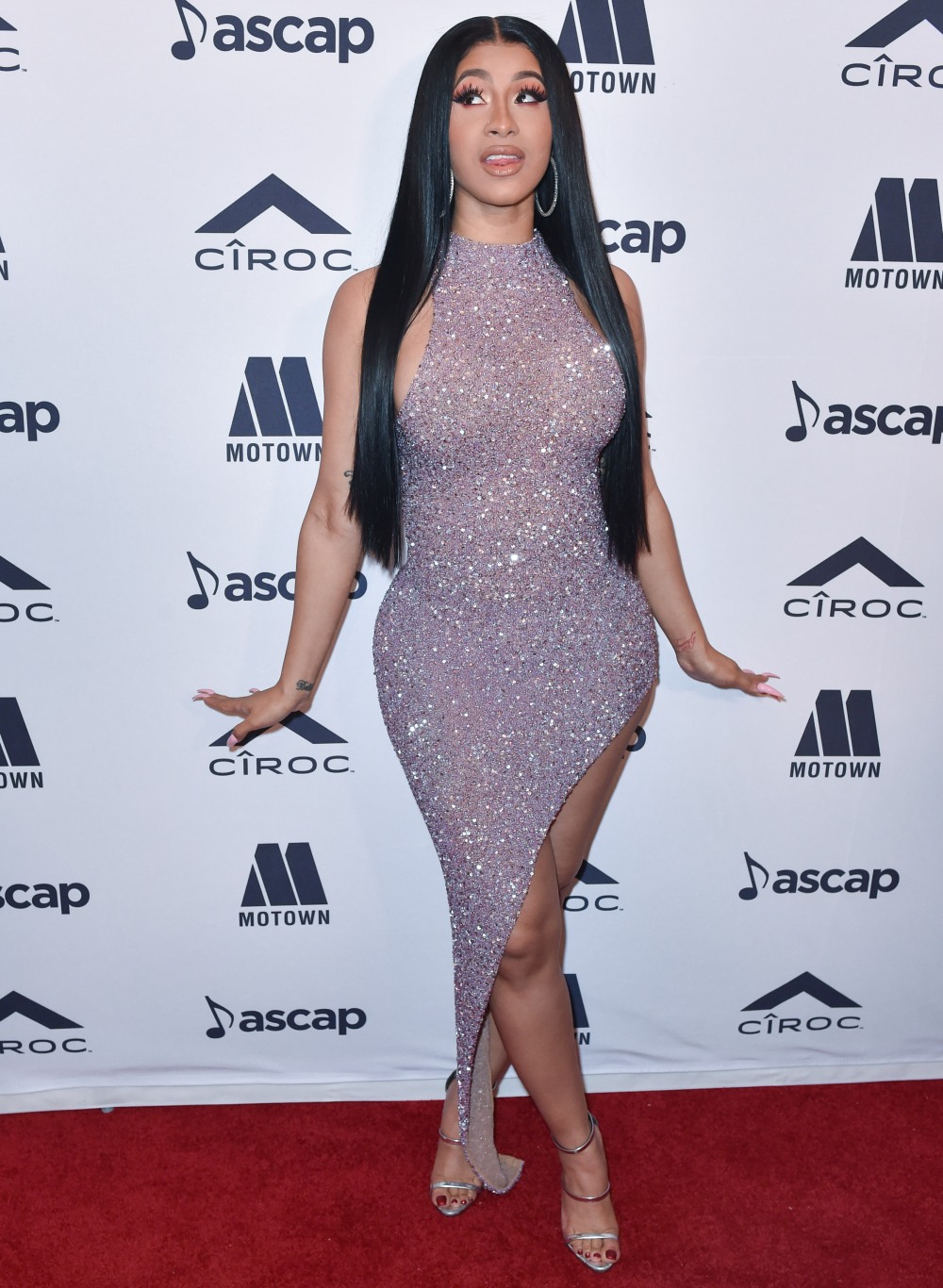