Fans of ABC’s “Dancing With the Stars” will have some exciting news to look forward to when the show comes back for its 30th season on September 20, 2021. According to Deadline, supermodel Tyra Banks will return as host. Banks shocked the ballroom when she replaced long-time hosts Tom Bergeron and Erin Andrews in Season 29. She also suffered a few hosting gaffes on the show, which did not impress fans who petitioned to have her removed as host, per ScreenRant. However, it seems like producers are confident that Banks will eventually win over audiences on the show.

Another question that fans had was whether or not the original judges — Len Goodman, Carrie Ann Inaba, and Bruno Tonioli — would be back behind the desk. Inaba, especially, was an unknown factor because she had been dealing with some health issues, which led her to take a break from her co-hosting gig on CBS’ “The Talk” in April. Luckily for “DWTS” fans, Inaba has some good news to share. Find out what she said below.

Carrie Ann Inaba 'can't wait' to return to the ballroom 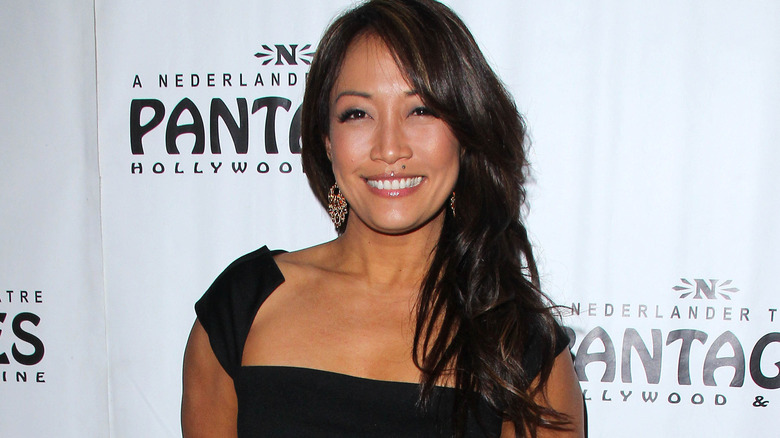 According to Gossip Cop, Carrie Ann Inaba will return as judge for Season 30 of “Dancing With the Stars” after breaking the news on her Instagram Stories on July 16. “Hey guys, I’m walking my dog, Lola. Anyway, just wanted to say, did you hear the news?” she asked her followers. “‘Dancing With the Stars,’ Sept. 20, it’s official. We’re back! Get your glitter on, pull your disco balls out, warm your back, let’s bring on the dancing!” Inaba also said she “can’t wait” for the dancing competition show to return. Inaba also gave an update on her hosting gig over at “The Talk,” from which she took a leave of absence in April.

“I noticed a lot of you are asking about ‘The Talk,’ if I’m coming back, and what’s happening there,” she said. “I should have some news soon about what’s going on with my future at ‘The Talk.'”

While fans will have to wait and see when or if she returns to the daytime talk show, Inaba did make sure to congratulate Jerry O’Connell, who joined the program as its new permanent co-host on July 14.