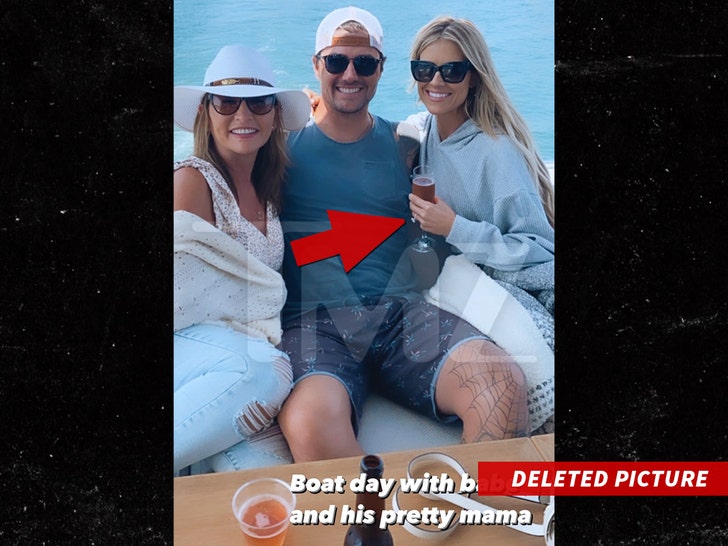 Christina Haack is dropping hints she’s engaged to her new boyfriend … because she posted and then quickly deleted a photo showing a ring on THAT finger.

Here’s the deal … Christina posted a picture Sunday on her social media, showing her on a yacht with her new man, real estate agent Joshua Hall, and a massive rock on her left ring finger.

The ‘Flip or Flop’ star quickly deleted the OG pic and replaced it with a similar picture where there’s no ring in sight. 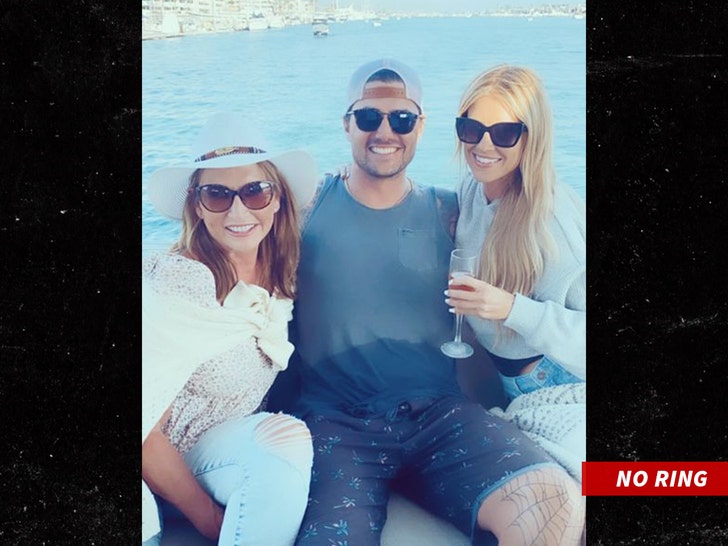 It certainly looks like Christina’s celebrating something, she’s drinking out of a champagne flute and her man’s mother is in tow.

As you know … Christina and Josh went public with their relationship at the beginning of July … so an engagement would be pretty quick.

TMZ broke the story … Christina and her ex-husband, Ant Anstead, finalized their divorce back in June, and she walked away with ownership of 5 properties, a Range Rover and a Bentley, plus her wedding ring.

We reached out to reps for Christina, and they had no comment on a potential engagement.