Kidnapping. Abuse. Human trafficking. These are just some of the allegations an anonymous plaintiff is making in a suit filed on June 18 against the Church of Scientology and its current leader, David Miscavige, 59. Jane Doe, who’s believed to be around age 40, is suing the church — which boasts a host of famous members, including Tom Cruise, John Travolta and Kelly Preston — for kidnapping, stalking, human trafficking, false imprisonment, libel, slander, invasion of privacy and intentional infliction of emotional distress.

“The Church of Scientology presents a facade to the outside world to disguise what, in reality, is nothing more than a cult built on mind control,” the lawsuit alleges. The controversial church denies all allegations of abuse. In response to Jane Doe’s suit, the church’s lawyers tell Us, “We are confident the lawsuit will fail. The church will vigorously defend itself against these unfounded allegations.” 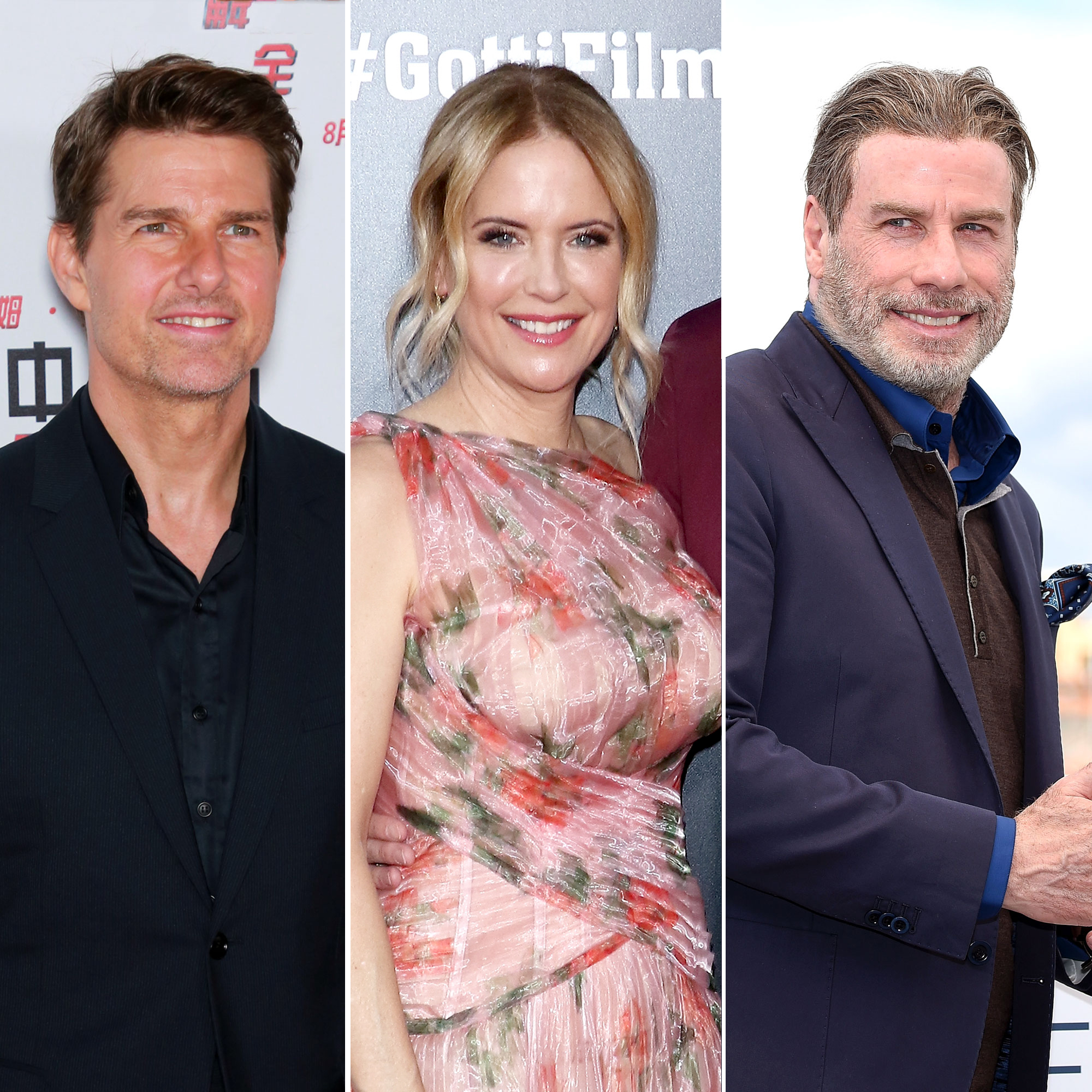 The shocking suit has the potential to bring down the controversial religion and its seemingly untouchable leader — and expose the secrets its A-list followers may have been keeping for years. “Tom [Cruise] undoubtedly knows the stories about the church,” a source tells Us of Scientology’s celebrity golden boy. Another insider says that with the actor, 57, employed as Miscavige’s right-hand man and best friend, “there’s very little he doesn’t know. He and David are like brothers united in their religious devotion. If David is ordering this kind of harassment  on people trying to leave the church,” adds the insider, “Tom would likely see it.”

Disturbing allegations against Scientology are nothing new. In the 2017 HBO documentary Going Clear: Scientology and the Prison of Belief, one former member recalls a “prison camp” where followers were allegedly forced to do hard labor for 30 hours at a time, eat table scraps and sleep on wet mattresses. 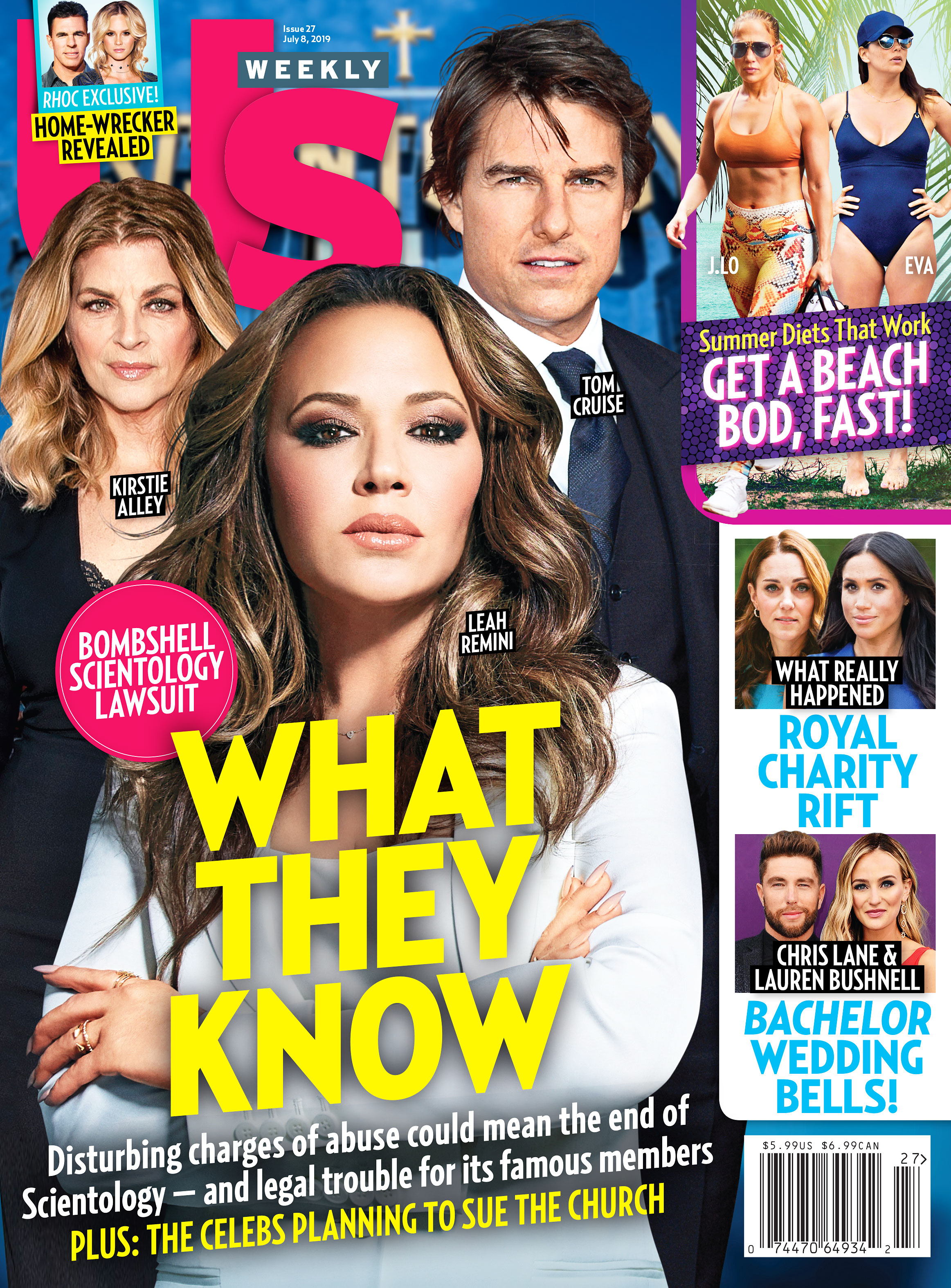 Leah Remini, who left Scientology in 2013, has since made it her mission to expose the church’s “physical and sexual abuse practices,” she’s said in August 2017. In an episode of her Emmy-winning A&E docuseries, Leah Remini: Scientology and the Aftermath (on which Jane Doe appeared after she left the church in 2017), it was revealed that former Scientology exec Debbie Cook — who was sued by the church for violating a nondisclosure agreement — had been sent to “the hole” (a double-wide trailer used by the church for solitary confinement purposes), where she was allegedly forced to lick a bathroom floor clean.

Things aren’t looking good for the once-powerful organization. “The church is in crisis,” says Tony Ortega, a blogger who’s critical of Scientology. “Membership is dwindling, and its practices are being exposed in ways we’ve never seen before.” Scientology critic Steve Mango, of Mangotology.org, adds, “Scientology has been trying to cover up its crimes and abuse for decades,” he says. “This suit is the beginning of the unraveling of Scientology as we know it.”

For more details on the Church of Scientology lawsuit, watch the video above and pick up the new issue of Us Weekly, on newsstands now!

With reporting by Travis Cronin and Jen Heger