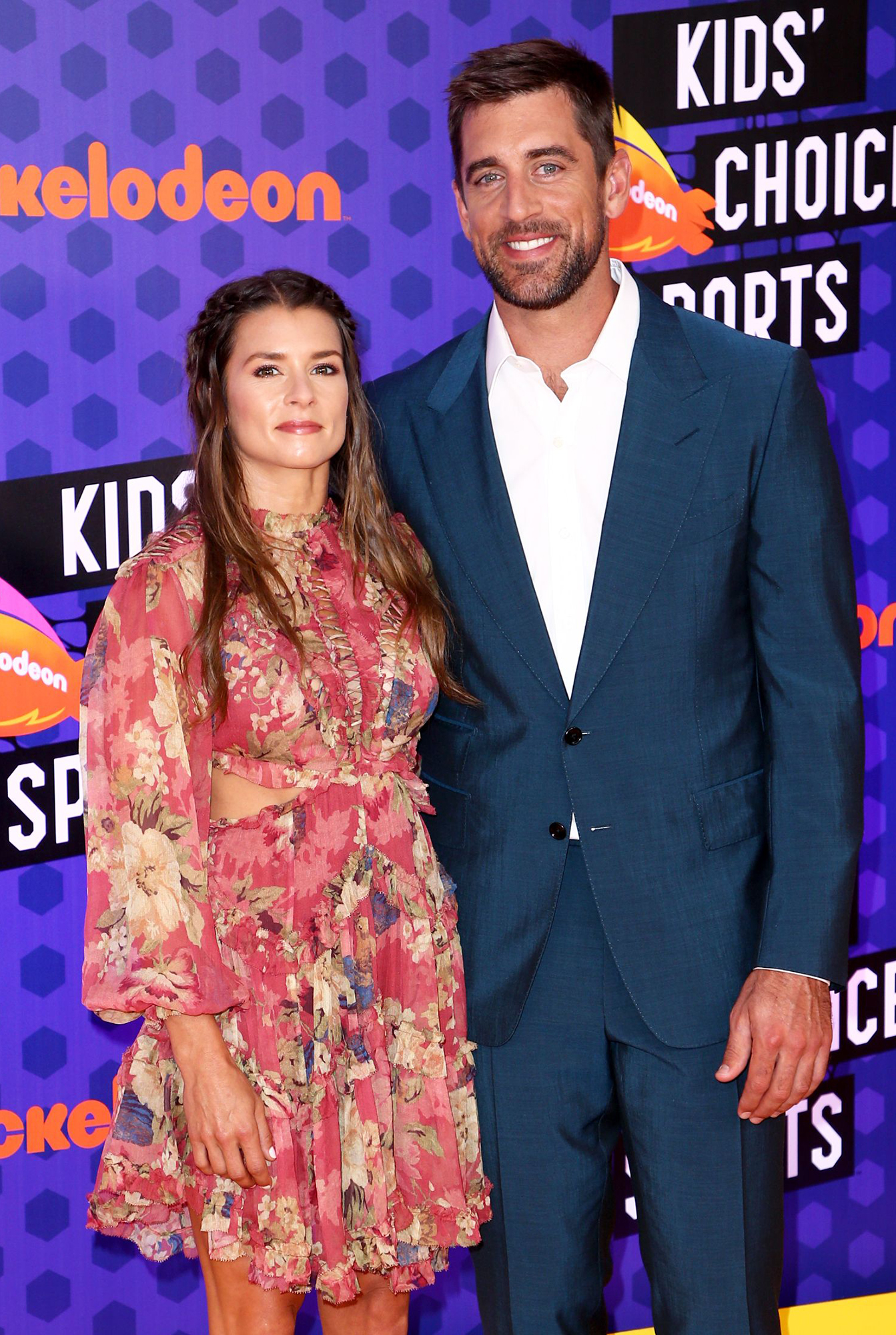 Rodgers, 35, became the first player in Packers history to earn a perfect passing rating, complete five touchdowns and become the fastest player ever to reach 350 career touchdown passes. Patrick, 37, called herself a “lucky girl,” praising the NFL star for his brilliance both as a player and as a partner.

“While Aaron’s greatness is measured and very very impressive on the field, he should also be known for the great human he is off the field,” Patrick raved in a sweet Instagram post. “Yesterday was one of those days where there was so much to celebrate beyond just being together.”

Rodgers’ career-defining win wasn’t the only thing that had Patrick smiling over the weekend. Her loving caption congratulated Rodgers’ on his each of his exciting new accomplishments — “plus the hotness!” — and emphasized the importance of surrounding yourself with supportive friends.

The two sports stars have been together since January 2018, after Rodgers split from actress Olivia Munn after three years of dating. Patrick was previously in a five-year relationship with NASCAR driver Ricky Stenhouse Jr.

These two have been hot and heavy from the start and are still going strong. Whether on social media or late-night shows, on red carpets or in football stadiums, Patrick and Rodgers have never been too shy to share their affection for one another.

“We’re just two people who enjoy being around each other and love each other,” Rodgers said in an interview with Artful Living last year. “We’re really into each other. So there are going to be posts with each other because we enjoy each other’s company a lot. We’re really attracted to each other.”

Patrick couldn’t stop gushing over Rodgers from the beginning, telling Rachael Ray everything she loves about the sports star early on. “He’s funny. He’s very kind. He’s thoughtful. He’s super smart. And he’s really good at football,” the former racer said. “And he’s tall and he’s big, and I like that.”