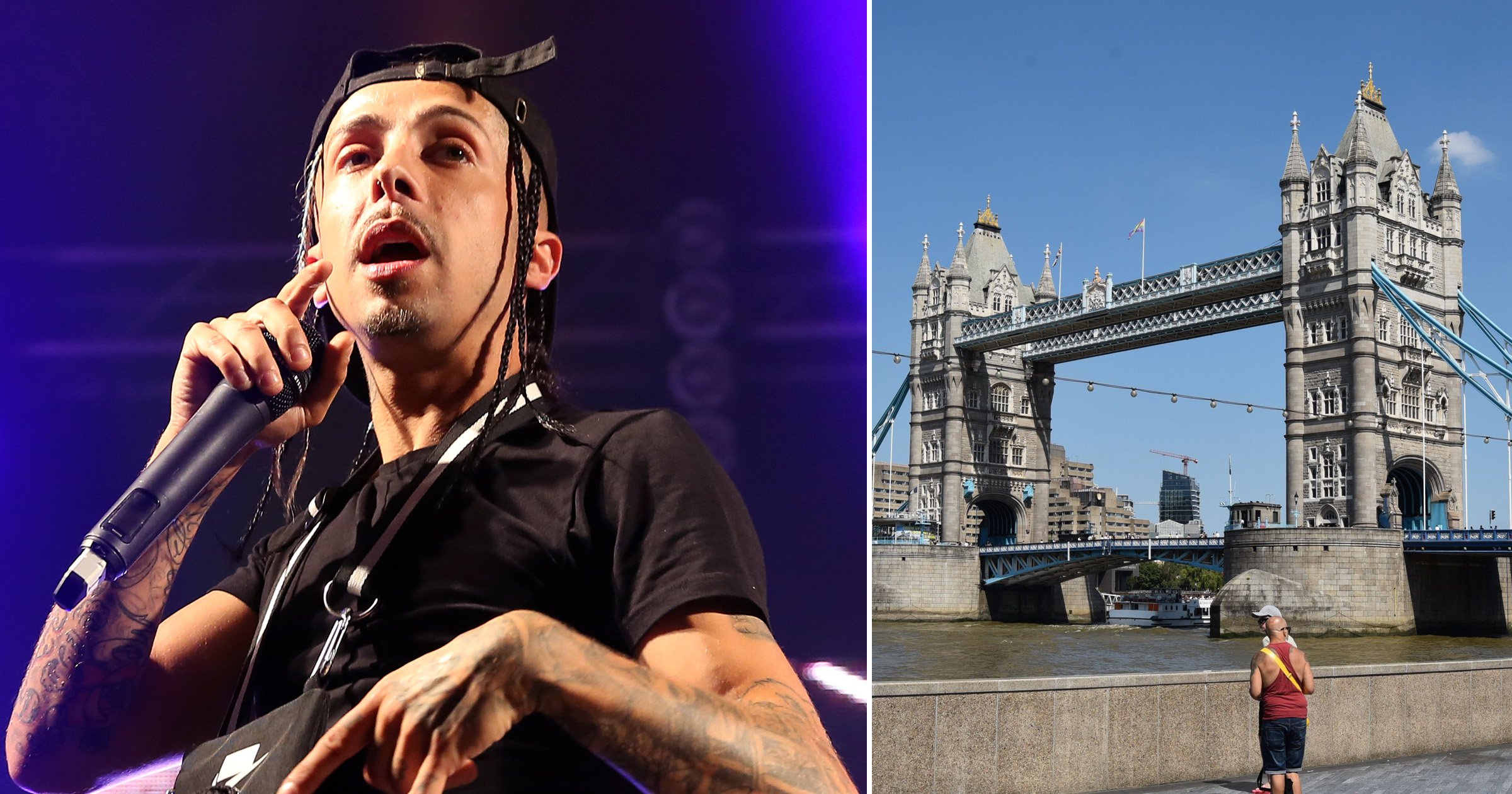 Dappy has saved a man’s life after talking him down from London’s Tower Bridge after spotting police trying to rescue him.

The rapper, 34, had been filming a music video when he saw police cars and ambulances in the area and found out the 27-year-old man was in fact a huge N-Dubz fan and begged police to let him help.

A source told The Sun: ‘Dappy was filming his new music video around Tower Bridge, but saw loads of police cars and ambulances dotted around. The bridge got closed off, and police asked him to leave the area.

‘As he was walking away, Dappy heard this young guy shouting his name and waving frantically as he was perched precariously in an arch directly over the Thames.’

In footage posted by his girlfriend, Dappy can be seen convincing police to let him under the cordon to speak to the man after the man called out to him and told them he was a fan.

The source added: ‘They spent about ten minutes talking, and Dappy was amazing. He told him life was beautiful, and that things would get better basically. 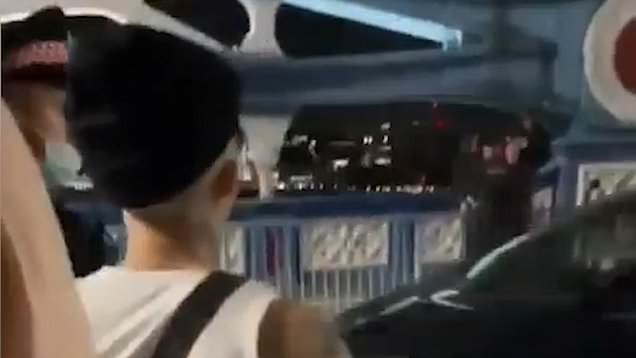 ‘As a result, the guy let medics climb up and help get him off.’

The man was taken to St Thomas Hospital in London where he was sectioned and later released.

He and his sister have since reached out to Dappy to thank the rapper for his kindness, with the source adding: ‘Dappy’s been an absolute hero.’

Dappy, who is now a solo star after being in the chart-topping band from 2000 until 2011 alongside Fazer and Tulisa Contostavlos, released his new single Bolo last week.

After the incident, Dappy shared his girlfriend Imani Campbell’s post, telling fans: ‘I weren’t even gonna say nothing but yoooo

Imani wrote: ‘I truly believe the universe sent us to that bridge so Daps could save this young man’s life.

‘As soon as he recognised Daps his whole demeanour changed, we saw hope appear in his eyes…

‘Daps told him his life is precious and that he loves him… he talked him off the bridge… the man and his family reached out and he is alive and well.’