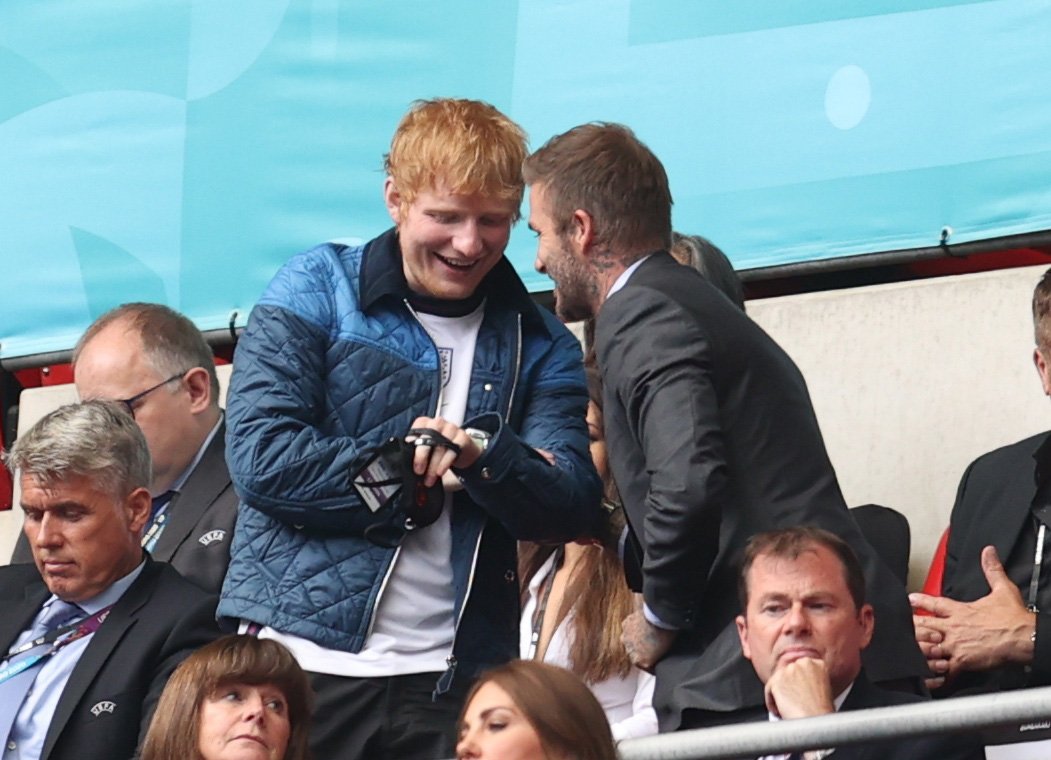 David Beckham and Ed Sheeran were spotted enjoying the England vs Germany Euro 2020 game together in the Royal Box.

The two stars were among a number of celebrity sightings and were seen laughing in the stands before the nation’s 2-0 victory at Wembley, sending us through to the quarter-finals.

Fans were delighted by the mates rubbing shoulders together, with many speculating what they could have been chatting about.

Our guess is the stellar A team, which comprised of goal scorers Raheem Sterling and Harry Kane.

Retired footballer David was joined by his son Romeo, 18, for the game, and the pair were suited and booted for the occasion

Meanwhile, Ed watched the match with his wife Cherry Seaborn and sported a more casual look in jeans and vintage England shirts.

The group were situated just metres away from football-mad Prince George, who was pictured cheering on England with his parents William and Kate.

David and Ed weren’t the only celebrity sightings at today’s match, with Ellie Goulding also seen arriving before the game with husband Caspar Jopling.

Elsewhere, Three Lions singers David Baddiel and Frank Skinner were among the crowd and shared a selfie in the stands.

The match saw Sterling and Kane score twice within 11 minutes following a tense first half, giving England the platform to see off Germany and secure a memorable victory in the last-16 tie at rainy Wembley.

England will now play Sweden or Ukraine in the fourth quarter-final, meaning the game takes place on Saturday, July 3, at the Stadio Olimpico in Rome.