Debra Stephenson isn’t exactly what she seems. She can’t be. Behind the gentle, eye-catching ­exterior, there has to lurk a sliver of steel. How otherwise could she skewer so mercilessly the slew of famous names she so impressively impersonates? She’s always been musical which might help to explain why she’s got such an uncanny knack of picking up accents and nailing vocal imitations of people in the public eye.

Close your eyes and it really could be Lorraine Kelly or Paloma Faith or Theresa May sitting in front of you.

Explains Debra: “My dad always did impressions – Mickey Mouse, Steptoe and Son, Denis Healey – to amuse me as I was growing up.

When I was six, he taught me to do Margaret Thatcher. Then the first record I had was Wuthering Heights by Kate Bush so I’d sit in my bedroom for hours imitating her voice.”

She was an only child. “I’d go to my grandma’s and listen to her record collection on her radiogram: Cleo Laine, Barbra Streisand, Shirley Bassey – still a personal favourite – Cilla Black, Sandie Shaw and so on.

By the time I was 10, I was doing a good Pam Ayres. I asked if I could enter the school talent contest with my impressions of Ruth Madoc and Su Pollard from Hi-de-Hi! And Dame Edna. I didn’t win but I loved the laughter.”

When she came second in a local contest, the only child among adult performers, she got a booking to entertain a live audience in a club. “I was nervous, of course; I wasn’t quite 13. But I enjoyed the adrenalin rush.”

The only time she was reduced to a tearful wreck was the grand final of Opportunity Knocks. “It was live at the Palladium with a TV audience of something like 16 million. I was 15. I felt I couldn’t use material I’d used in earlier heats. So I didn’t do my best impressions.” 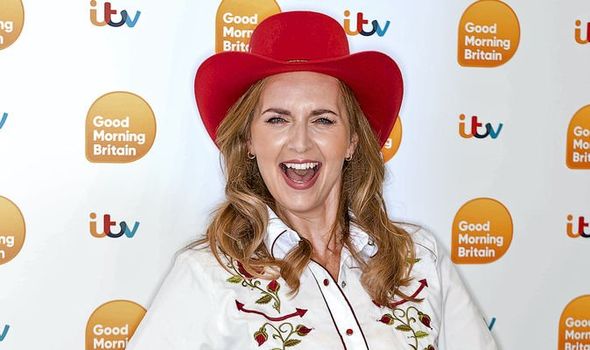 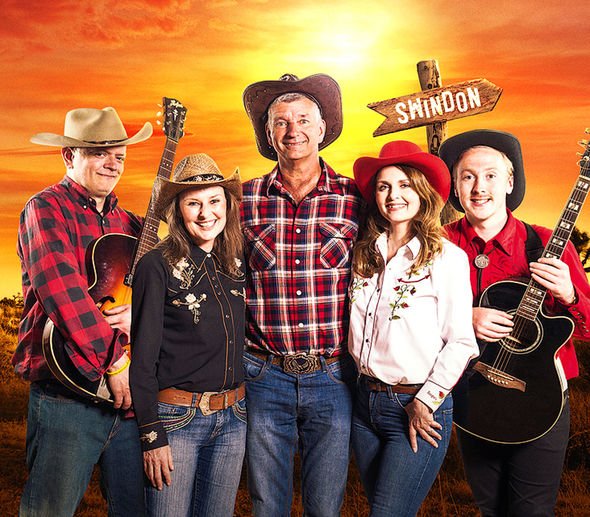 Bob Monkhouse was the presenter and, indirectly, he gave Debra a useful piece of advice. “In a newspaper interview, he said he thought I could have a good career but I needed to diversify because there might not be enough work as an impressionist. It was something I kept mind and then I went to drama school in Manchester.” Monkhouse was on the money, as Debra’s subsequent career has proved. Interspersed among the many impressions shows – Newzoids, Dead Ringers and the current Imitation Game with Rory Bremner and Alexander Armstrong – have been a string of dramatic roles.

She was ditsy Diane Powell in Kay Mellor’s women’s football story, Playing the Field; Frankie Baldwin opposite Bradley Walsh for two years in Corrie; but, perhaps most memorably of all, the psychotic Shell Dockley in prison saga, Bad Girls.

“People often wonder if I’m asked to do impressions in the street. But I’m not. What everyone still seems to want to talk about is Bad Girls. It was definitely my most fun role. It allowed me to play the full range of emotions: everything from devious to vulnerable. And yet, no matter how bad she was, viewers nonetheless felt empathy with her.”

It also led to perhaps her most challenging role of all. For a TV documentary called Prisoner X, she was incarcerated in an American prison for four days. “It was quite an eye-opener, I can tell you.

“The story that tore me in half was of a woman I spoke to who’d given birth in prison and had the baby taken from her before she’d even had the chance to hold him. She was awaiting trial and no one paid her bail so she was alone in a prison cell recovering from a Caesarean section. And she never saw her baby again.” 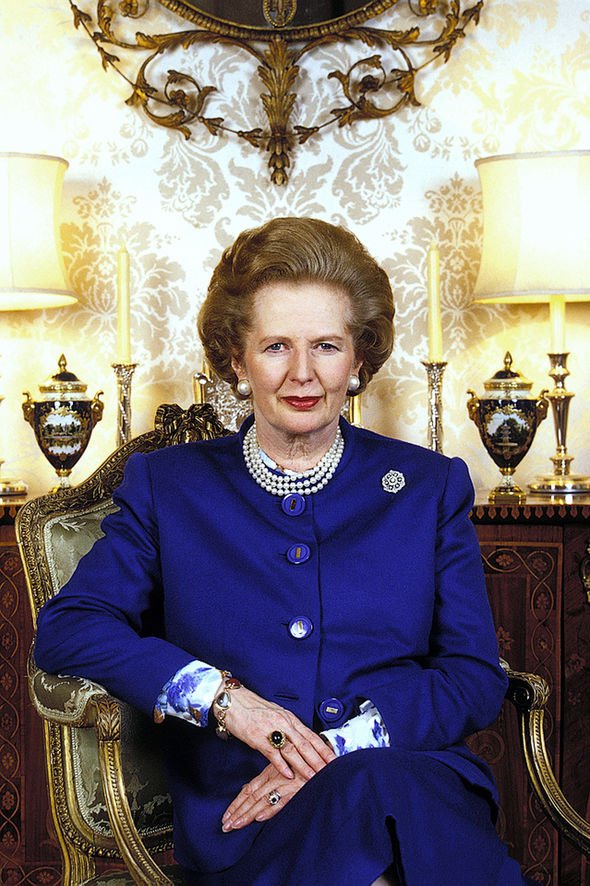 The young woman’s plight cut Debra to the core because, not too long beforehand, her Bad Girls character had given birth in prison and had had her baby removed.

What gave filming an extra frisson was that Debra herself was six weeks away from giving birth to her son. “I couldn’t allow the fiction to inhabit my brain too comprehensively for, fear that I’d induce premature labour.”

But because of that experience, while filming Prisoner X, she made up her mind to speak to one of the wardens of the American gaol on behalf of her fellow inmate.

“I can only describe him as frosty. ‘What you need to remember,’ he said, ‘is that we’re saving this child from being brought up in a drug-filled community.’ I felt he was playing God but I do now see that there were two sides to the situation.”

Back to the sunnier world of celebrity impressions. Has anyone eluded her? “Well, I find Susanna Reid hard. Hers is not that dissimilar to my own voice. And then, of course, people fade from the limelight. That’s slightly true of Theresa May since she stepped down as prime minister. I must say, my male counterparts are delighted that Boris is now centre-stage; not so good if it had been the far less distinctive Jeremy Hunt, they say.

“It’s also tricky if someone dies. You’re never sure whether it’s respectful to keep the tribute going or is it perhaps in poor taste? A case in point is Victoria Wood. I absolutely loved her, a complete original, a total one-off. I have no wish to trash her memory.”

Always looking for the next ­challenge, Debra has now teamed up with comedian and writer Tony Hawks for Midlife Cowboy, his musical about a man whose marriage has gone stale and who increasingly only feels comfortable if he’s dressed in cowboy gear.

“I liked it immediately,” she says. “It’s fun and funny but poignant, too.

It’s a sweet love story with a heart. It’s about a midlife crisis so of course it spoke to me: I’m 47. The two of them had had an enjoyable sideline as a country and western duo playing in local clubs but then she developed a strong urge to become a mother.

“But it didn’t happen. So they’re childless and at a crossroads. We see them working through their problems, underpinned by a succession of country songs, although there is ultimately a resolution. Which, of course, I’m not going to reveal.” It opens at London’s Pleasance Theatre on September 13. 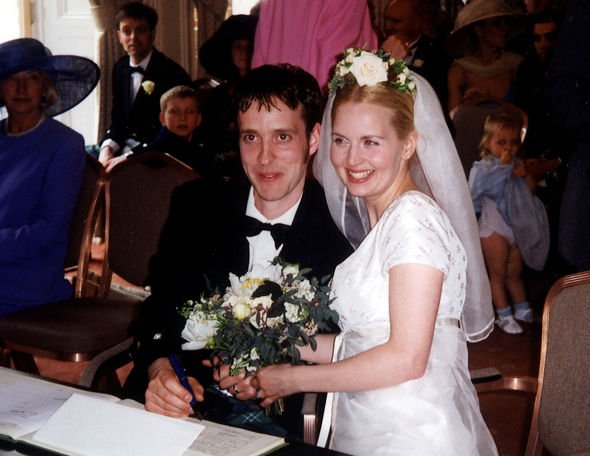 The tricky thing for Debra, she says, is that she hasn’t played a guitar since she was about 10. “I used to perform in old people’s homes in Kingston upon Hull with a friend of mine, both of us in straw boaters.

Our big numbers were Country Roads and Streets of London as well as local sea shanties. Tony’s had to show me some new chords.”

Away from all this hilarity, Debra has an unapologetically happy home life on the coast in Dorset with her builder husband, James Duffield, and their two children: Max is 16, Zoe 12. Now that they’re older, she feels able to contemplate musical theatre tours. And there’s always her one-woman show: Night of 100 Voices.

“The trick is to achieve a work/life balance. Without wishing to tempt fate,” she says, “I think I’ve more or less managed that.”