The Great British Bake Off judge Prue Leith, 80, has defended Prime Minister Boris Johnson’s senior adviser Dominic Cummings, 48, after he reportedly decided to break the coronavirus lockdown rules to travel across the country to Durham to see his family. The Channel 4 star has called for some “kindness” amid the backlash.

How about a bit of kindness and tolerance?

Since it was announced Mr Cummings drove to his parents’ house in Durham with his wife, Mary, and children at the start of April, when the lockdown rules had been imposed across the nation, there have been calls for Boris Johnson’s top aide to resign.

However, amid the political backlash, Mr Cummings has faced over the past couple of days, Prue took the opportunity to express her thoughts on the matter and seemingly agreed his journey to Durham was “necessary”.

The Great British Bake Off judge shared a tweet that read: “Dom and Mary’s journey was necessary and therefore within rules.

“What’s also necessary is not attacking a man and his family for decisions taken at a time of great stress and worry, the fear of death and concern for a child.” 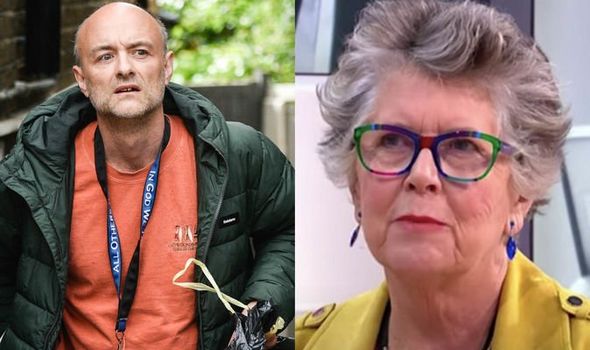 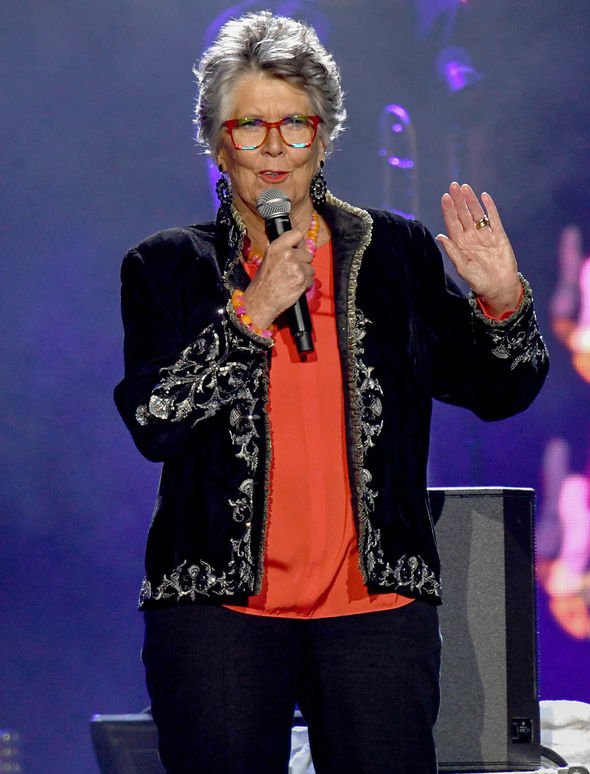 They concluded: “This isn’t a story for the normal political sh**kickery.”

Prue decided to share the message to her 45,000 Twitter followers and express her thoughts by adding: “Well said, Danny.

“How about a bit of kindness and tolerance?”

Once Prue had made it clear how she felt online, many followers waded in to express their concerns about Mr Cummings’ actions. 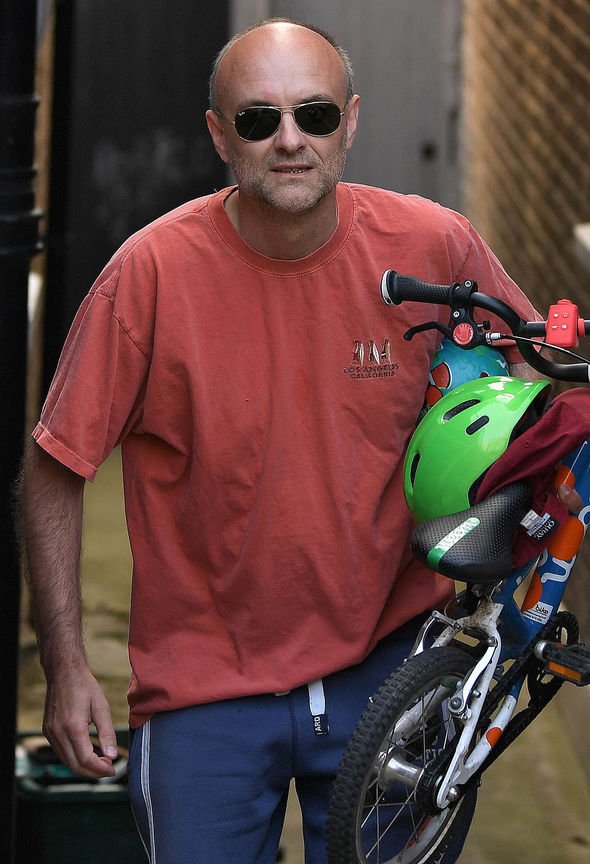 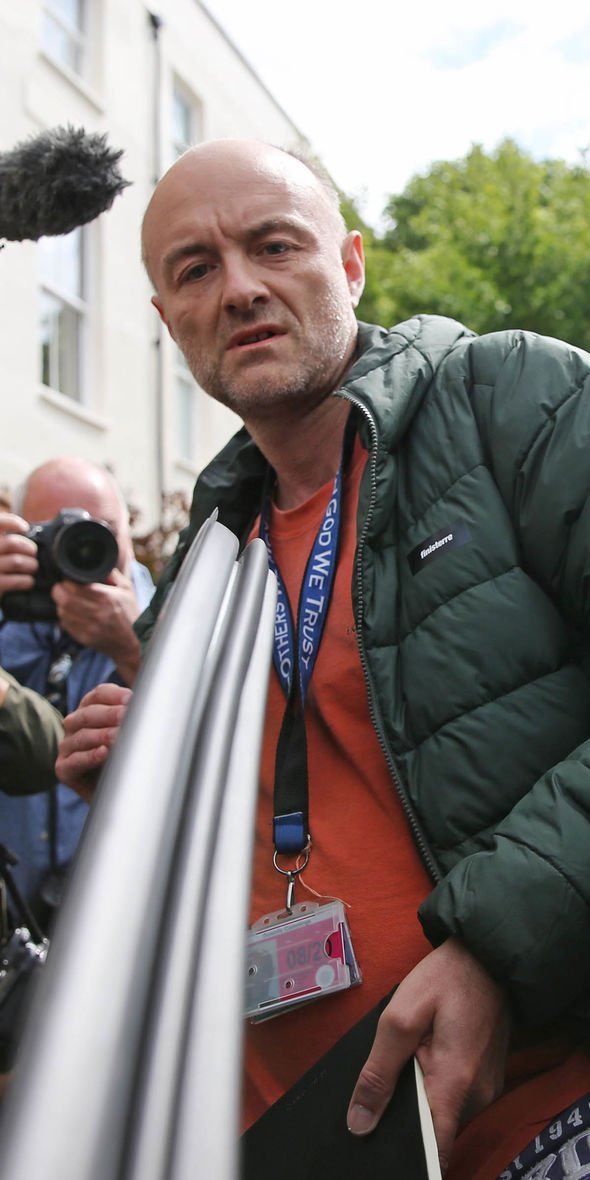 One wrote to the restauranteur: “Kindness & tolerance for who?

“Allowing the rich & influential to break the rules & be protected is the antithesis of decency.”

They continued: “Children are being buried alone & ordinary people are going through hell to maintain lockdown under far worse circumstances than Cummings.”

“People have missed their own kid’s funerals observing the rules set out by the Government!”

They added: “Kindest is certainly not what is call for right now when it comes to Cummings.”

Express.co.uk has contacted a representative for Prue Leith for comment.

Meanwhile, claims suggested the political strategist decided to visit his family while his wife suffered from coronavirus symptoms in March.

This comes after witnesses claimed Dominic was working at Downing Street on April 14 but later returned to Durham on April 19 after he was seen out and about with his wife.

Downing Street also informed the public how the Durham-born political adviser stayed at his parents’ farm so his parents could help with childcare.

However, one retired chemistry teacher aged 70, mentioned how they saw Dominic on April 12, with his family on a walk around Barnard Castle, which is 30 miles from their home.