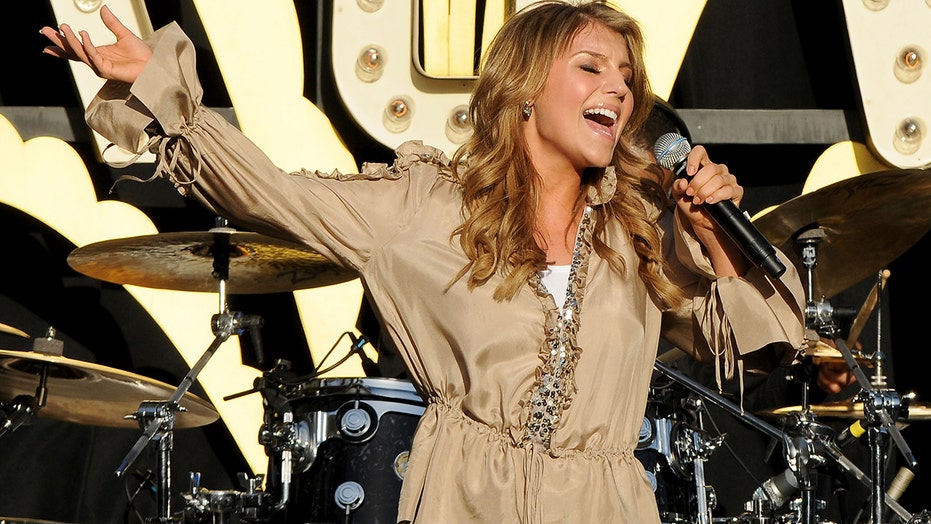 Former Disney star Jordan Pruitt is doubling down on her claims that she was sexually abused as a teenager working in the often unforgiving entertainment business.

The singer and songwriter spoke to Fox News about her harrowing experience which she says went on for two years, as well as the fallout she has seen since sharing her story publicly about the man she alleges sexually abused her and continues to work with underage girls.

Pruitt first made her shocking revelation in a lengthy Facebook post published in December 2018 in which she wrote that an important male figure in her life began “grooming” her in 2006 while he was engaged to be married to another woman and she was just 15.Save as Draft 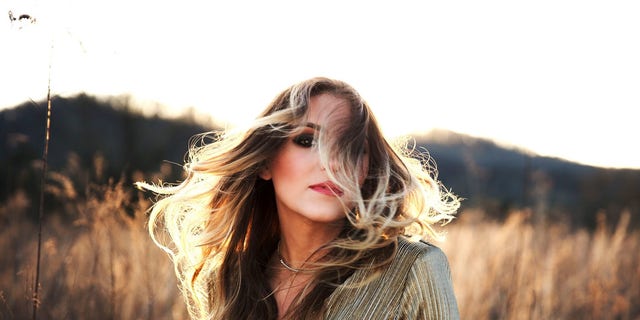 Former Disney teen pop sensation Jordan Pruitt opened up to Fox News about her harrowing ordeal of sexual abuse at the hands of a man she says was an important figure in her life.
(Courtesy of Jordan Pruitt)

“This all started when I was about 13 and the advances really kind of started around 14, but nothing was ever sexual until I was about 15,” Pruitt told Fox News in an extended interview. “I can remember him saying, you know; 'Let me teach you how to kiss. You don't want to get out into the world and be a bad kisser.' I vividly remember that."

And that's how it all started.

FORMER DISNEY STAR JORDAN PRUITT SAYS SHE WAS SEXUALLY ABUSED AS A TEEN: 'THIS PERSON HAD BRAINWASHED ME'

Pruitt, now 28, said she was too young to understand what the man wanted from her and that it wasn’t until she was much older when she began to realize the magnitude of what she had endured as a working teen. 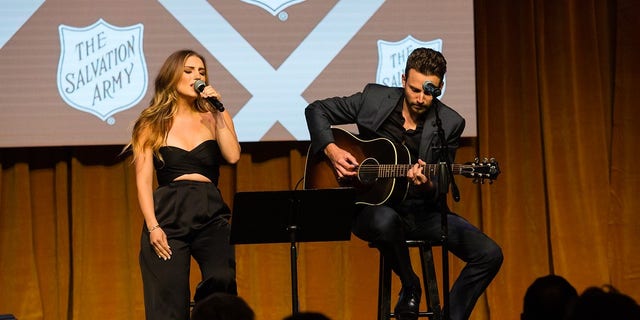 Jordan Pruitt and Brian Fuente perform at the 2018 Sally Awards presented by The Salvation Army at the Beverly Wilshire Four Seasons Hotel on June 20, 2018 in Beverly Hills, Calif.
(Courtesy of Jordan Pruitt)

“I mean, at 14 I was like, 'Oh yeah, you're right.' You know, this is a prominent man and he's basically taking interest in my talent. I just thought, for me, because I was from a town with one stoplight — I really thought that 'OK, I guess this is normal.' I was raised from church and raised to believe that everybody has the best of intentions. So I really didn't realize it like that until I was a good 20 or 21 that through everything that had happened, I had basically been sexually molested for two years of my life.” 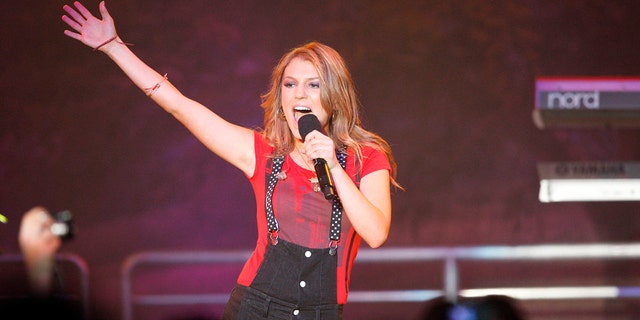 Jordan Pruitt performs at Chevy Rocks the Future at The Walt Disney Studios on February 19, 2008 in Burbank, Calif.
(Getty)

Pruitt said the "level of trauma" she faced "is honestly indescribable." She said for five years after the abused stopped, she "had forgotten that it had happened" which her therapist tells her is a "form of your brain basically protecting you from feeling."

When Pruitt turned 21, she said she began to realize the full extent of the abuse and that's when she developed an anxiety disorder coupled with denial and anger.

She said she began to wonder things like: "OK, what can I do about this? Why did this happen? Do I tell my parents? Are they going to lose it? I just don't know. I had so many thoughts in my mind — am I capable of love?"

Pruitt said she wants to share her story and that's why she first wrote about it on social media late last year. She said she refrained from divulging too much about the man due to his position in the industry and out of fear of retaliation about a potential legal battle should she reveal his identity. 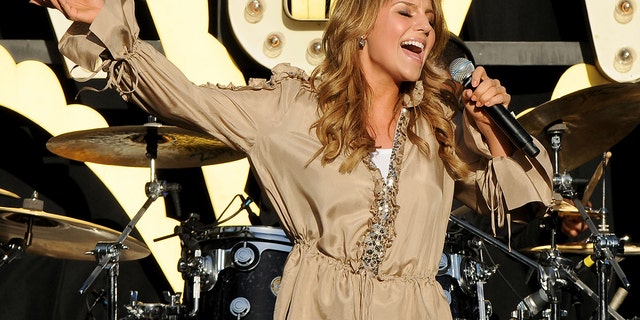 Jordan Pruitt performs at World Wish Day in front of 30 wish kids at The Grove on April 28, 2010 in Los Angeles, Calif.
(Getty)

"My [Facebook post] originally was supposed to be much longer because I love to write. But I didn't want to divulge too much, obviously, because of the caliber of person who he is today,” Pruitt said. “And also I didn't want to,” she pauses before continuing – “I basically had meetings with a bunch of different attorneys and they said that he could sue me for everything and take everything that I had, which is a scary thought.”

Pruitt alleges a few women have since privately come forward to her claiming to have had their own traumatic experiences with the man she alleges abused her. The former child star also said she was “disappointed” that others haven’t been able to identify the alleged perpetrator.

KEVIN SPACEY RETURNS TO COURT IN GROPING CASE AGAINST HIM

Pruitt maintained: “I will say because I really wanted to just nail him. But, it's going to happen one of these days. It's not honor and I wouldn't be wanting to answer to all of his sins in front of the creator of the universe.” 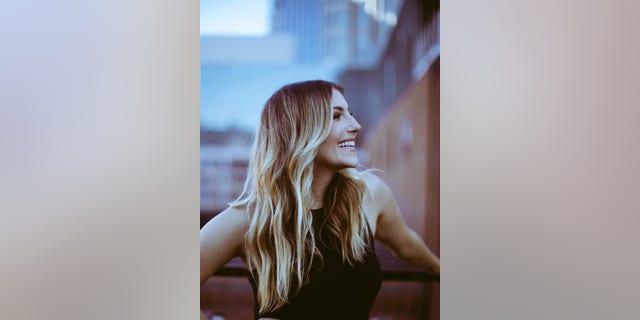 Singer Jordan Pruitt says she’s in the process of writing a twelve-step self-help book to help guide those who are sexual abuse survivors.
(Courtesy of Jordan Pruitt)

When asked if she feels her alleged abuser will ever apologize for his actions or see justice for his crimes, Pruitt paused before describing the man as “the biggest narcissistic person I have ever met in my entire life who can manipulate just about anyone into doing anything.”

“So no, I don't think he would ever be sorry and he probably at this point doesn't think he's done anything wrong, honestly. He's going to take himself down one of these days, sooner or later. It's not necessarily my job, but I obviously felt like legally I had to tell my truth and the story.” 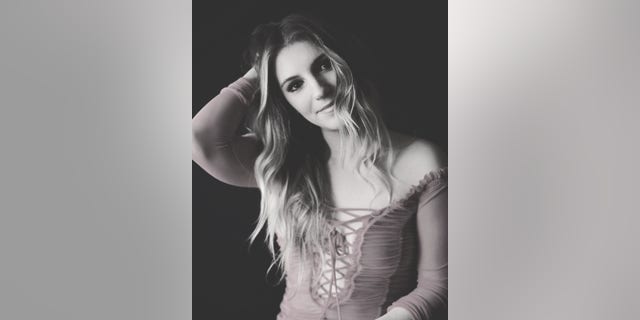 Singer and songwriter Jordan Pruitt is opening up about being a survivor of sexual abuse.
(Rachel Deeb / Courtesy of Jordan Pruitt)

Pruitt said she has since been in a lifelong personal battle to take back control of her life from her alleged abuser and she’s doing so by writing a book that will aim to assist other survivors.

Pruitt, who has since married a former tour mate and works as a songwriter in Nashville, said the book, “AA: Abuse Anonymous,” came to her in a “thought from God.”

“I was lying in bed a couple months ago, and I can sleep through anything so I'm definitely not a light sleeper. So it is unusual for me to wake up in the middle of the night at 2 o'clock, basically just pacing my bedroom,” said Pruitt. 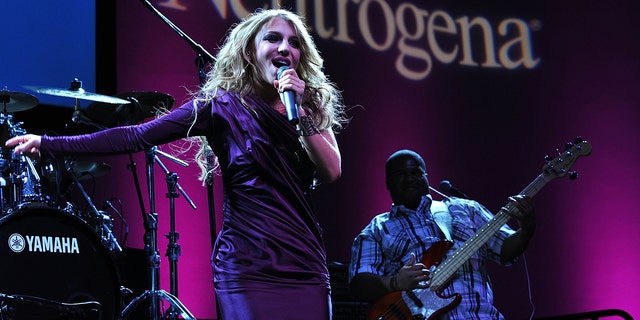 Singer Jordan Pruitt performs at the Neutrogena Fresh Faces Music Event for VH1 Save the Music at Jim Henson Studios on September 26, 2009 in Hollywood, California. (Photo by Michael Buckner/WireImage)

“And I hope through my book they go from surviving to finally, after a long process of healing to thriving. Just changing one person's life – I feel like that's really like what life is and should be about — it's helping other people. You know; we're not really here to serve ourselves. We're here to serve other people and if I'm able to do that, hell yeah — I've done my job.”

When asked if she would be addressing her alleged abuser in her forthcoming book, Pruitt confirmed she would be delving into the details surrounding her abuse “a thousand percent.”

“I just hope to see him in an orange jumpsuit someday on my television screen. That will give me my greatest joy.”