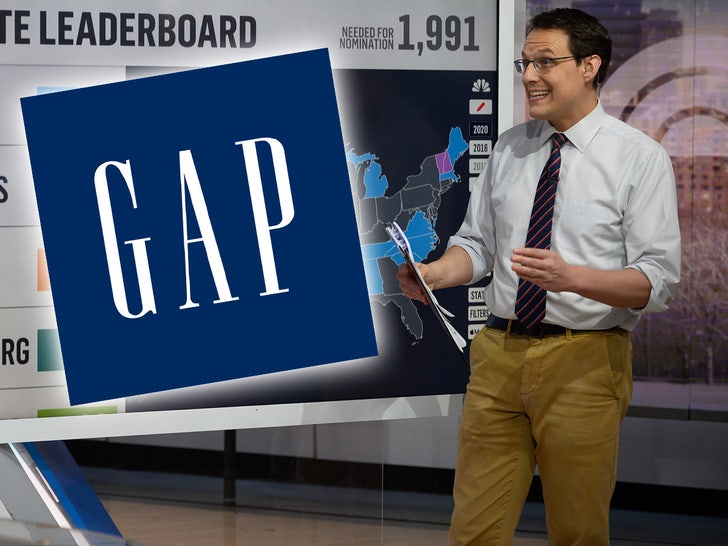 Steve Kornacki‘s election map coverage did more than inform America, it energized America … to dress like Steve, and it’s paying dividends for the Gap.

The MSNBC “map guy” became an unexpected star during the vote-counting chaos, as he won over viewers with his energy, commitment and his wardrobe … especially his khakis.

After several media outlets reported they were Gap brand trousers, the company’s sales got a huge boost within the first 24 hours.

According to a Gap spokesperson … the clothing retailer saw a “dramatic increase in online traffic and within a day, we saw around 90% unit sale increase online.”

For those who really want the fast track to being more like Steve, it was further discovered he wears the “palomino brown” pair … of which he says he has several. No one’s surprised.

Though Kornacki’s khakis became the trending darling of Twitter … his tie didn’t fare as well.