She’s dating, people! And, in a new video on her YouTube channel aptly titled "I’M DATING Y’ALL!," Hannah Brown shared what she looks for in a man while dating. "I want a man; not a boy. Like, ugh," she said. "That has their crap together, can be a rock, and can be like super supportive of me."

That said, at the current moment, she’s willing to set her bar even lower than that. "But also right now it doesn’t really matter," she added. "I just want a cute guy to hang out with and be taken on a date, you know? It’s expensive out here. Somebody can buy my drinks, my food, my coffee. I like coffee dates. I’m more into that. I think a surfing date would be fun. Skateboarding… I don’t know. Just want it to be very relaxed."

The 26-year-old began her video by revealing that she just recently got on a dating app. "I got on a dating app for the first time," she revealed. "I just did it. I was like, ‘you know what? I’m gonna have to go for it.’ So, I got on and made my account super fast and I was with a friend and we cheers’d and celebrated it and it actually felt really good to do."

So far, it seems as though her experience with the apps has been a positive one. "It’s been really exciting and I’ve actually matched with some really cute guys, but today I went on my first date and this guy… he’s, like, a good guy," she shared. "Like, he’s attractive… seems really nice."

But don’t get your hopes up for Brown riding off into the sunset with the dude any time soon. The reality star is keeping her options open as she re-enters the dating pool after a hiatus of more than a year. "Anyway, I’m going on like four dates this week," she said. "I haven’t been on a date since the show, so this is a big deal right now."

The way she sees it, now is the best time to take the plunge. "I’m just putting myself out there," she said. "I’m like, ‘you know what? This is the time to have some good old masked fun. There’s no pressure for anything because of the world that we live in right now. I mean, I’m not gonna just freaking start macking on you. I don’t know you. So, it just kind of gives that good boundary that I’m in full supportive right now in my life. Still a little nervous. Dating hasn’t always worked out for me." 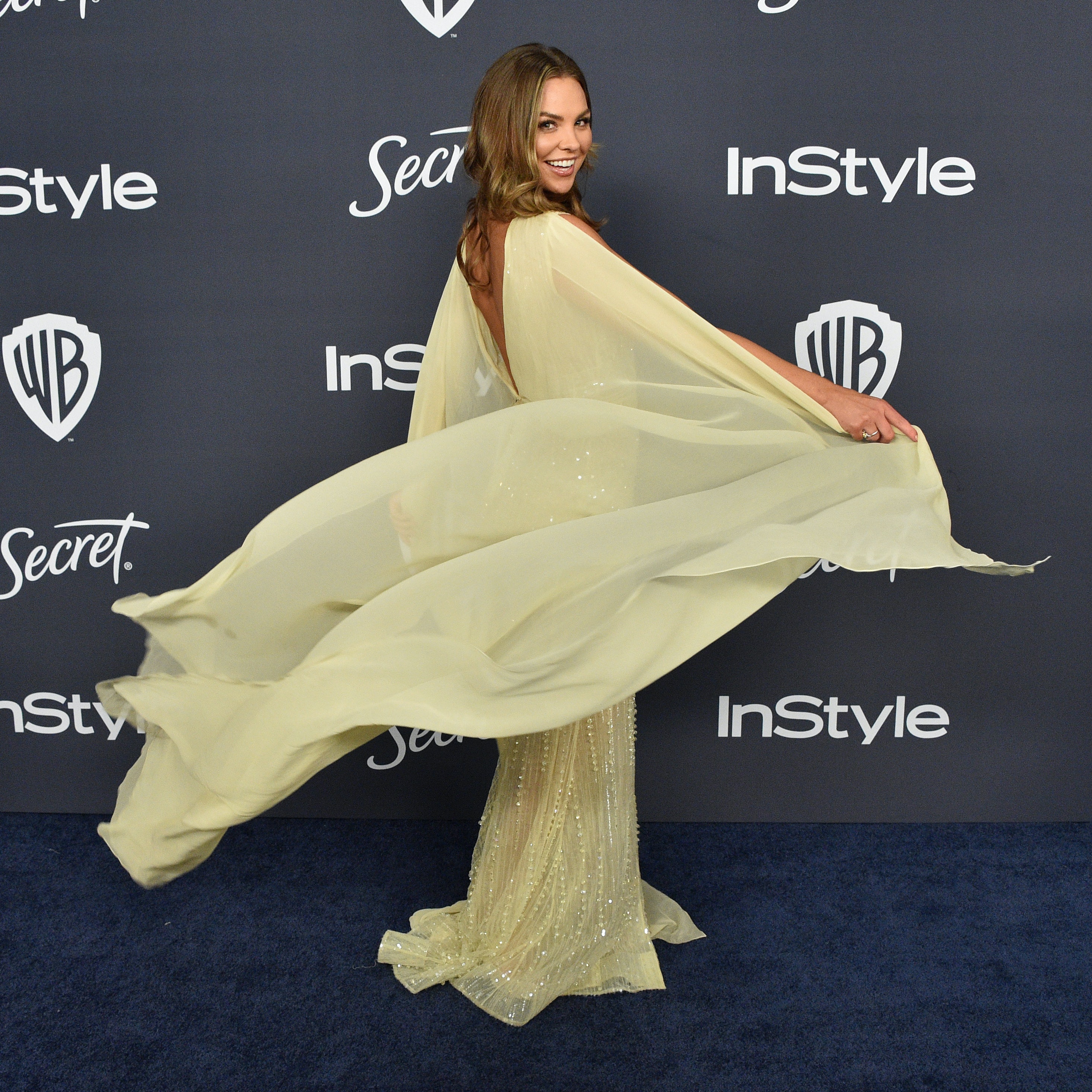 ICYMI: Brown’s season of The Bachelorette, also known as the last time she went on a date, ended with her choosing Jed Wyatt over Tyler Cameron, only to break up with Wyatt shortly after the show ended when rumors surfaced about him having had a girlfriend when he agreed to come on the show. Since then, her and Cameron have sparked many rumors of a possible reunion, even spending several weeks quarantining together along with his friends and family in Florida, but they’ve both made it clear they’re just friends.

So, uh, yeah. I see why she might say dating hasn’t necessarily always "worked out" for her.