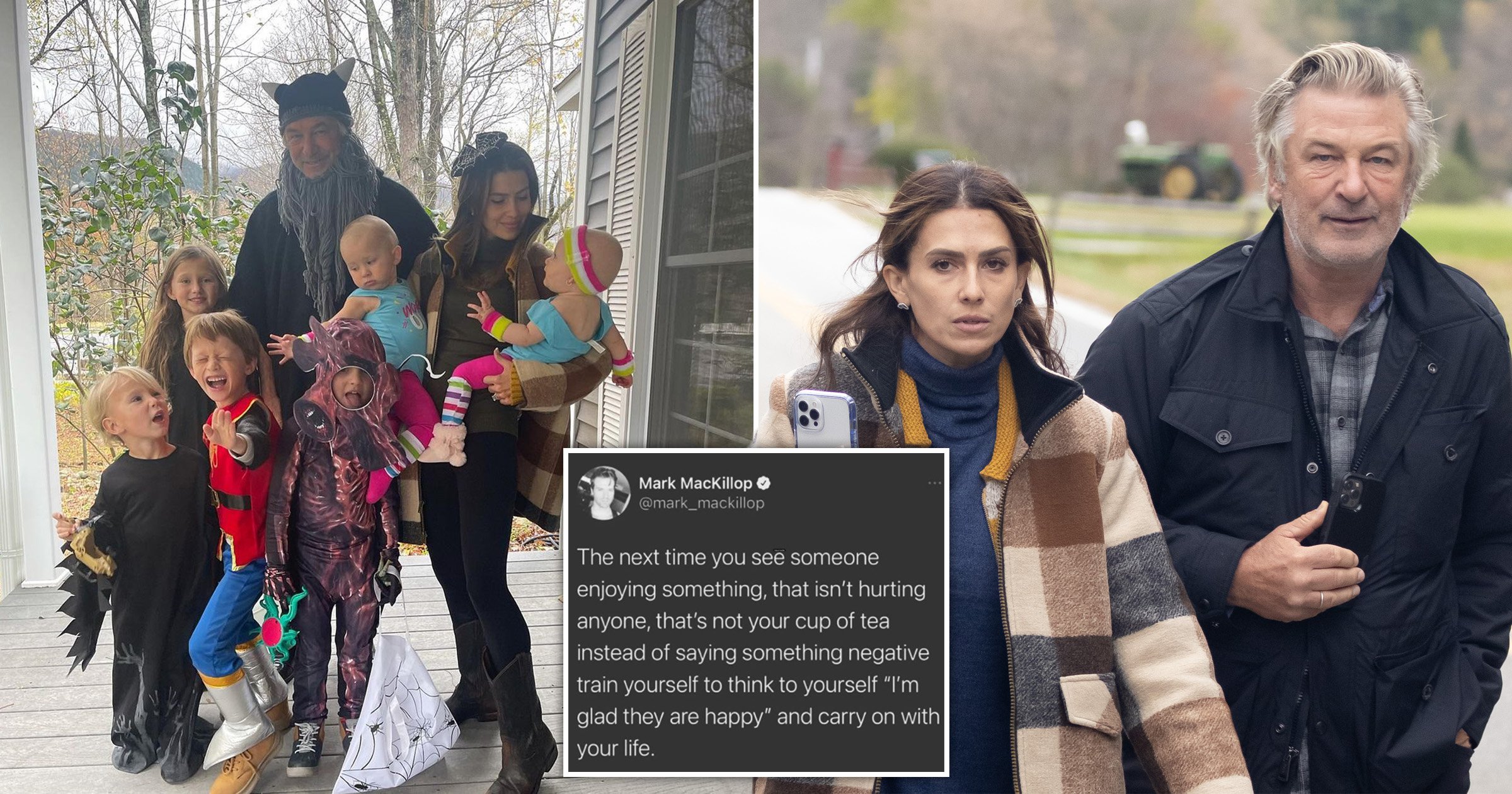 Alec Baldwin’s wife Hilaria has shared a quote encouraging people to stop being negative towards other people when they are ‘enjoying something that isn’t hurting anyone’.

The tweet, which also suggested people instead ‘train themselves’ to be pleased for others’ happiness and ‘carry on with your life’, was shared by the mum of six to her Instagram Stories on Tuesday.

It read: ‘The next time you see someone enjoying something, that isn’t hurting anyone, that’s not your cup of tea instead of saying something negative train yourself to think to yourself “I’m glad they are happy” and carry on with your life [sic].’

This comes after she faced criticism for sharing a picture of the Baldwin family – including Alec – dressed up in Halloween costumes just weeks after he discharged a gun on the Rust movie set accidentally killing Halyna Hutchins, 42, and injuring director Joel Souza.

At the time Hilaria revealed that the couple had ‘rallied’ to give their kids a holiday after the ‘intense’ time, revealing that her kids’ happiness ‘warmed my mama heart.’

Lorraine Kelly called the photograph ‘very bizarre’ on her morning show as she and entertainment reporter Ross King reflected on the ‘horrendous’ accident, with the veteran presenter adding: ‘But as far as the photo and all of that go, she can do that and they can do their Halloween, of course they can, but they don’t necessarily need to share it I guess at this particular time.’

Piers Morgan didn’t hold back as he ripped into Hilaria’s Halloween photo dump as ‘appallingly insensitive’.

Echoing an earlier post from Hilaria though, when she had said she was ‘trying to limit his [Alec’s] PTSD’, many of Piers’ followers contradicted the outspoken broadcaster’s opinion.

‘Maybe he’s hiding his own personal pain for the sake of his own family,’ one commenter suggested, as another wrote: ‘What’s he meant to do? He’s got to move on with his life. Horrible accident but you can’t expect him to mourn forever.’

The 63-year-old actor had previously opened up about Hutchins being his ‘friend’ as he spoke on camera for the first time since the fatal shooting but stressed that he could not comment on the ongoing investigation.