Holly Willoughby, 38, was cheekily scolded by fashion panellist and menswear design manager, Shane Chin, after he said something odd. The This Morning host and her co-presenter Phillip Schofield, 57, were in giggles after there was a mix-up with words. The hilarious moment came when a male model sported a camel coat teamed with a white jumper and black jeans. While talking about the statement camel overcoat, Shane said: “The camel tone…camel tone I just said.”

Despite making clear to the television host’s he had referred to the “camel tone” Phillip seemingly appeared convinced he was speaking about the model’s “camel toe”.

The small-screen star burst out laughing, while Holly blushed and said: “My eyebrows did go up.”

Holding his arms out in shock, Shane cried: “Holly!”

Holly swiftly moved on from the blunder as she pointedly told the panel they only had 30 seconds left to see the next model.

Fans rushed to Twitter and commented on the misunderstanding, as one person said: “Haha, did they think he said camel toe #ThisMorning.”(sic)

“Didn’t realise men can have a camel toe,” added another. 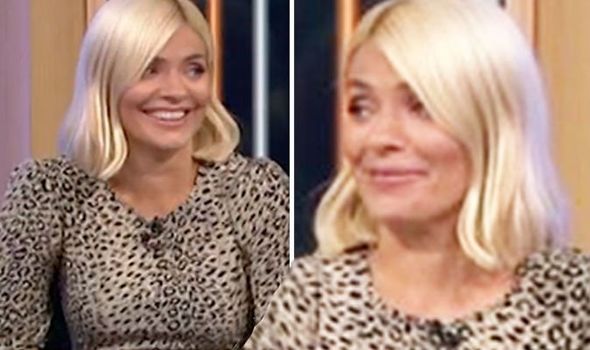 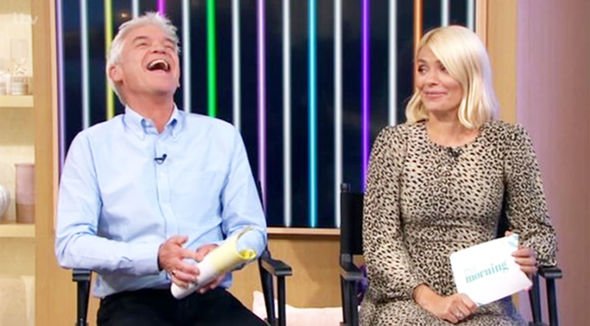 Meanwhile, Holly sent her Instagram followers into a meltdown as she showcased her stunning outfit ahead of the ITV programme.

The mother-of-three teamed the ensemble with a pair of black heeled boots as she flaunted her elongated pins.

In view of her 5.8 million followers, Holly captioned the post: “Morning Tuesday…today’s #hwstyle on @thismorning dress by @andotherstories boots by @majeparis.” 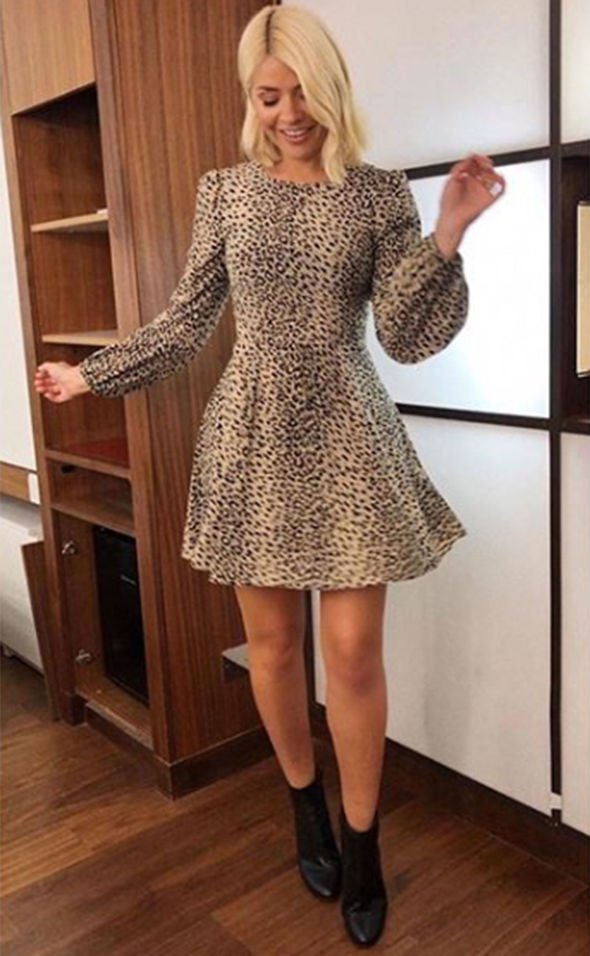 Fans inundated the star with compliments, with many gushing over the presenter’s gorgeous looks.

One person said: “Beautiful. Where is the dress from, I love it!”

While a third person added: “Your a trendsetter.”

This Morning airs weekdays on ITV at 10.30am.