Martin Shkreli — the fabled “pharma bro” and convicted felon who was given a seven-year prison sentence for securities fraud in 2017 and who once again made headlines in 2020 for a relationship he had with Christie Smythe, a former Bloomberg journalist who fell in love with him after his conviction while covering his story (yes that’s all true) — is once again the subject of media scrutiny. This time, however, it’s more to do with his possible (further) downfall than for any of his antics behind bars, among which included requesting a three-month furlough under the pretense of developing a vaccine for COVID-19 during the early days of the coronavirus pandemic (which was ultimately, unequivocally denied).

As The New York Times reported on July 9, it seems that there is an ever-building power struggle between the highest-ranking members of Phoenixus, the pharmaceutical parent company of Vyera (previously known as Turing Pharmaceuticals). Founded by Shkreli, the latter was responsible for the shocking 5,000% price hike of a medication used to treat patients with HIV and AIDS, raising the price-per-pill from $13.50 to $750. Despite his prison sentence, Shkreli has, up until now, managed to hold onto his shares, giving him a majority hold. But now, it looks like Shkreli might be in danger of losing the company he founded, and which helped him in his fraud schemes.

So what’s going on here? Keep on reading after the jump to find out. 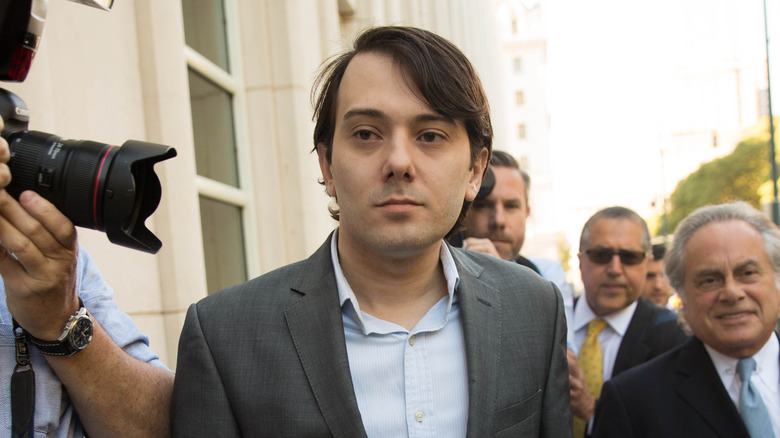 According to The New York Times, one of Martin Shkreli’s former allies, a hedge fund executive named Kevin Mulleady who worked for Vyera under Shkreli’s command, is mounting a campaign to cut Shkreli off from the company he once ran. Per NYT, Mulleady, who is also a Phoenixus shareholder, “is teaming up with activist investors” in order to “persuade his fellow shareholders to give them control” of Phoenixus, which owns Vyera. If all goes according to Mulleady’s plan, as NYT noted, it could result in a complete turnover in the current five directors who run the company — which, ultimately, would result in cutting Shkreli off from his pharma empire once and for all.

Shkreli, who Mulleady’s cohort Jason Aryeh called “a blight on [the] industry” in a comment to NYT, has previously had direct access — and even say — in the operations of his companies, despite his incarceration in 2018, in addition to a release slated for 2023, per CBS News. As NYT summarized, Shkreli was caught with a cell phone in 2019, which authorities discovered was purportedly used to conduct business with Vyera specifically. Per NYT, the cell phone evidence could turn into yet another legal issue for Shkreli, even after his scheduled release, which New York prosecutors and the Federal Trade Commission are currently pursuing.

In other words, it’s a whole mess, and a mess Shkreli could have even less control of soon.