Princess Diana was the mother to Princes William and Harry, and the wife to Prince Charles until they divorced in 1996. She tragically died in a car accident in Paris in 1997, leaving behind a long legacy that impacted the British royal family for the better. In fact, Princess Diana is affectionately referred to as the “People’s Princess” for her numerous deeds that went towards bettering humanity (via Biography). Princess Diana’s efforts were far-reaching, and during her lifetime, she had ties to more than 100 charities, per Time.

Among the many causes that were near and dear to Diana were those having to do with her advocacy against landmines, her willingness to help those affected by HIV/AIDS, and her passion for improving the lives of children. Even Queen Elizabeth took a few lessons from the princess. According to British Heritage, a source close to the queen reported, “She knew if she wanted to regain the good will of her subjects, she had to take a page from Diana’s book and connect with people on an emotional level that she hadn’t done before.”

Since her death, Princess Diana’s sons, who are now fathers themselves, have made it a point to carry on her charity work. The Diana Award charity, which focuses on young individuals who want to better the lives of others, is one way Princess Diana’s legacy is being carried forward. Keep scrolling to find out how Prince William is honoring his late mother through a special program arising from this charity.

The Diana Award charity has a new project 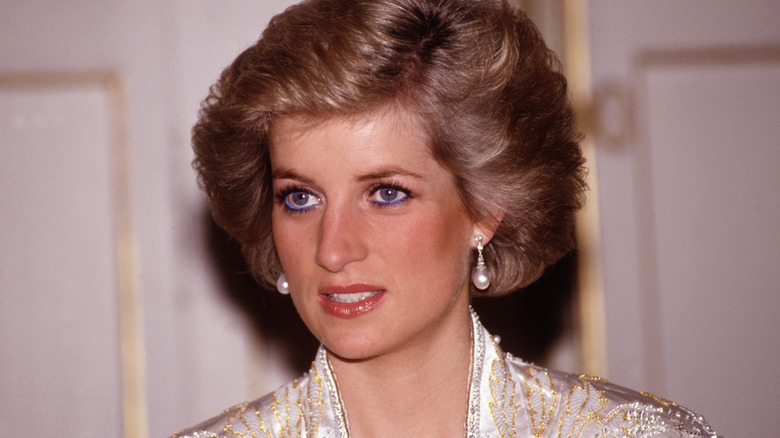 The Diana Award charity is launching a new program, which will coincide with the International Day of Youth, occurring annually on August 12. The charity will be implementing the “Future Forward” program, a five-year plan inspired by the struggles experienced around the world by children and their families throughout the COVID-19 pandemic, per People. Prince William explained the objectives of the program ahead of its launch. “Organisations like The Diana Award have never been more important in nurturing the talent of young people and working with them to change the world for the better,” the prince wrote. “Future Forward sets out The Diana Award’s blueprint for how change can be achieved, with young people at its heart.”

A press release received by People went on to explain how young people have suffered strongly in regards to “mental health and social inequality” throughout the pandemic. “Young people are driving positive change but their voices are still missing from the conversations about the post-pandemic recovery. On International Day of Youth, The Diana Award’s Future Forward strategy puts young people at the heart of leading change,” the statement read.

The Duke noted that throughout the pandemic, he has been inspired by groups of youths who have made efforts to improve the social inequalities present in their communities. The Future Forward initiative has a number of programs planned, including anti-bullying movements that encourage young people to stand up to harmful behavior and mentoring programs, per News Chain Online.