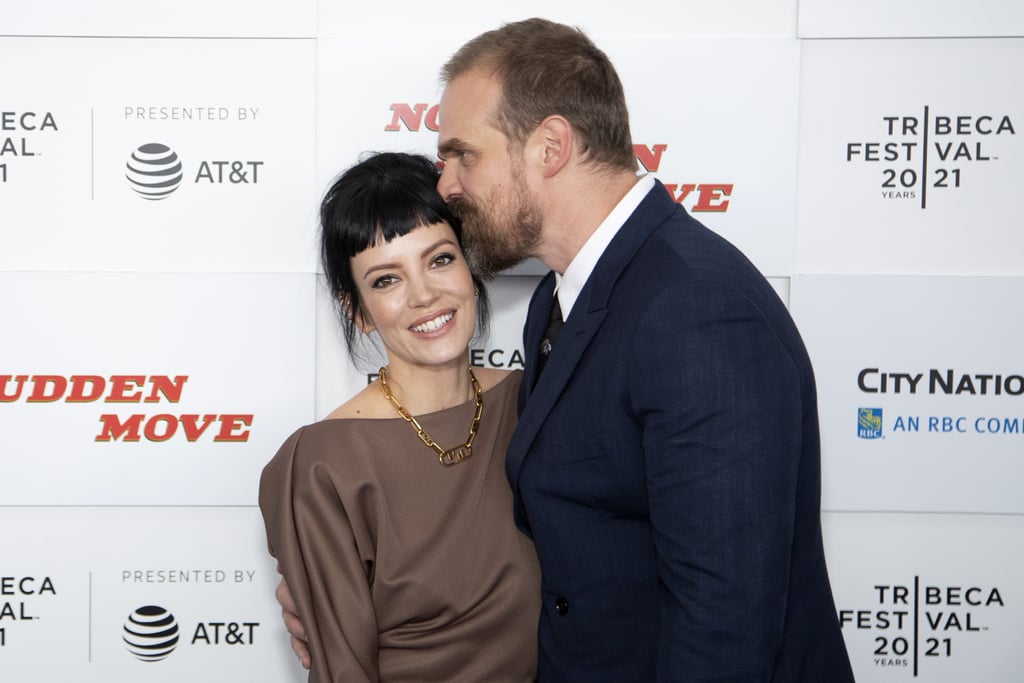 When it comes to celebrity relationships, “Stranger Things” actor David Harbour and singer-actor Lily Allen are up for the cutest couple award. In the early stages of their relationship, the two were private about specific details regarding when and how they started dating — which began on the Raya dating app and resulted in their first date at The Wolseley in London. Over time, however, the pair haven’t been shy about showing their romance.

Ever since they were labeled an item back in October 2019, the pair have showered each other with love in sweet ways, whether in formal interviews or silly Instagram posts. During a June 2022 appearance on “The Late Late Show With James Corden,” Harbour opened up about his first meeting with Allen, sharing how the couple fell in love. “She said, ‘When I saw you, I saw the biggest person I had ever seen in my life and also the smallest person I had ever seen in my life,'” the “Violent Night” actor recalled of their first date. “Isn’t that interesting? That’s what made her fall in love with me — that I was very big and also very small in a certain way.”

From their Vegas wedding during the pandemic to showstopping red carpet appearances, scroll ahead to check out every notable moment in Allen and Harbour’s relationship timeline.