Aaron Donald was drafted by the Los Angeles Rams in the first round of the 2014 NFL Draft. He’s been a force on the gridiron and has been selected to the Pro Bowl every year he’s been in the league. Donald has also won the NFL Defensive Rookie of the Year and was named the AP NFL Defensive Player of the Year multiple times including back-to-back in 2017 and 2018. And to cap off the 2021 season, the lineman won Super Bowl LVI.

Since that win, Donald has been weighing the idea of retiring from the league and he just sold his Southern California pad. Now, many are wondering if the sale is a sign that he will hang up his cleats. Here’s more on that and the details on Donald’s Calabasas mansion that sold very quickly. 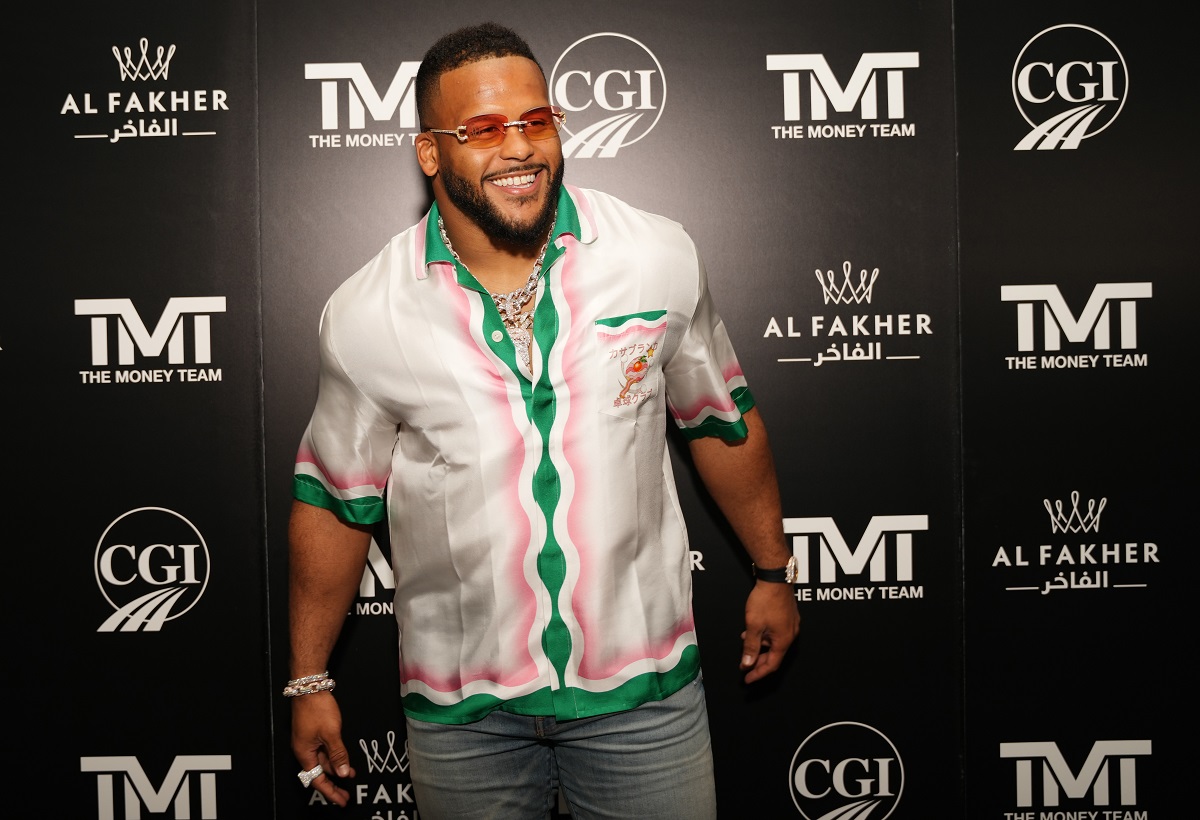 Donald sold his home after just two weeks on the market

Two months after the Rams won the big game Donald, who previously revealed he has been in talks with the team, put his beautiful Calabasas mansion up for sale.

Public records show that the home was last sold in 2018 for $4.5 million. The home was listed in early April 2022 with an asking price of $6.25 million as Donald is said to have customized the estate with some upgrades and amenities.

TMZ noted that on April 18, after two weeks on the market, the sale was closed for $6.258 million.

So what did the new buyer get for all that money?

The details on Donald’s Calabasas Mansion

Donald’s former mansion is 7,036 square feet and sits on nearly an acre of land. The residence, which is located in the gated Oaks of Calabasas community, is two stories and boasts six bedrooms and six bathrooms, as well as a four-car garage. Inside there are multiple fireplaces, a grand foyer, a game room which connects to the family room, and an open kitchen with a island and breakfast bar for additional seating, and even a barbershop.

The kitchen and great room open to the large backyard that has a spacious patio, an outdoor kitchen and fireplace, a bar, a zero-edge infinity pool, palm trees, a hammock, and a basketball court.

Click here to see photos of inside and outside the home.

Does this sale mean the NFL star is leaving the Rams?

Some fans are now wondering if the sale of Donald’s home means that he’s leaving not only Calabasas but the LA Rams too.

Prior to the Super Bowl, the athlete told reporters: “I feel like I accomplished a lot in a short amount of time in this league. The only thing I’m lacking now is being a world champion.”

Following the Rams’ victory, it was believed that Donald would retire from the NFL. However, quarterback Matthew Stafford told TMZ that he’s trying to get the defensive lineman to return in 2022. And the team’s head coach Sean McVay said that he expects Donald to be back for the upcoming season.