Putting a ring on it? Siesta Key star Juliette Porter’s boyfriend, Sam Logan, shared a photo of the couple in Aspen on Friday, July 24, and the caption got everyone talking.

“My fiancé,” he wrote via Instagram, next to a still of the pair kissing. Jack Romano, who is in Aspen with the couple, was quick to comment on the photo. “This guy proposes,” he wrote with the praying hand emoji. “That was amazing; glad I was there.”

Couples Who Survived the Reality TV Curse (So Far)

Kelsey Owens also commented on the still, writing, “Finally, I thought you were never gonna get around to it,” with a diamond ring emoji.

However, a source tells Us Weekly that the pair are not engaged, and the Instagram caption was just a joke. The couple are very happy but only dating at this time, the insider notes.

Logan, 29, made his first appearance on Siesta Key during the Tuesday, July 22, episode, arriving to the group’s “Friendsgiving” party, which took place in early December. While there, Porter, 23, told the group she definitely had a crush on him.

Crossover Alert! Reality Stars Who Hooked Up With Stars From Other Shows

While the couple have not revealed when they first started dating, he first began appearing in her Instagram photos two weeks later.

In March 2020, Porter revealed exclusively to Us Weekly that her ex, Alex Kompothecras, was not happy about her relationship with Logan.

“He’s still very upset about it,” she told Us at the time. “We don’t hang out. Alex pretty much cut off all his friends that are friends with me.” 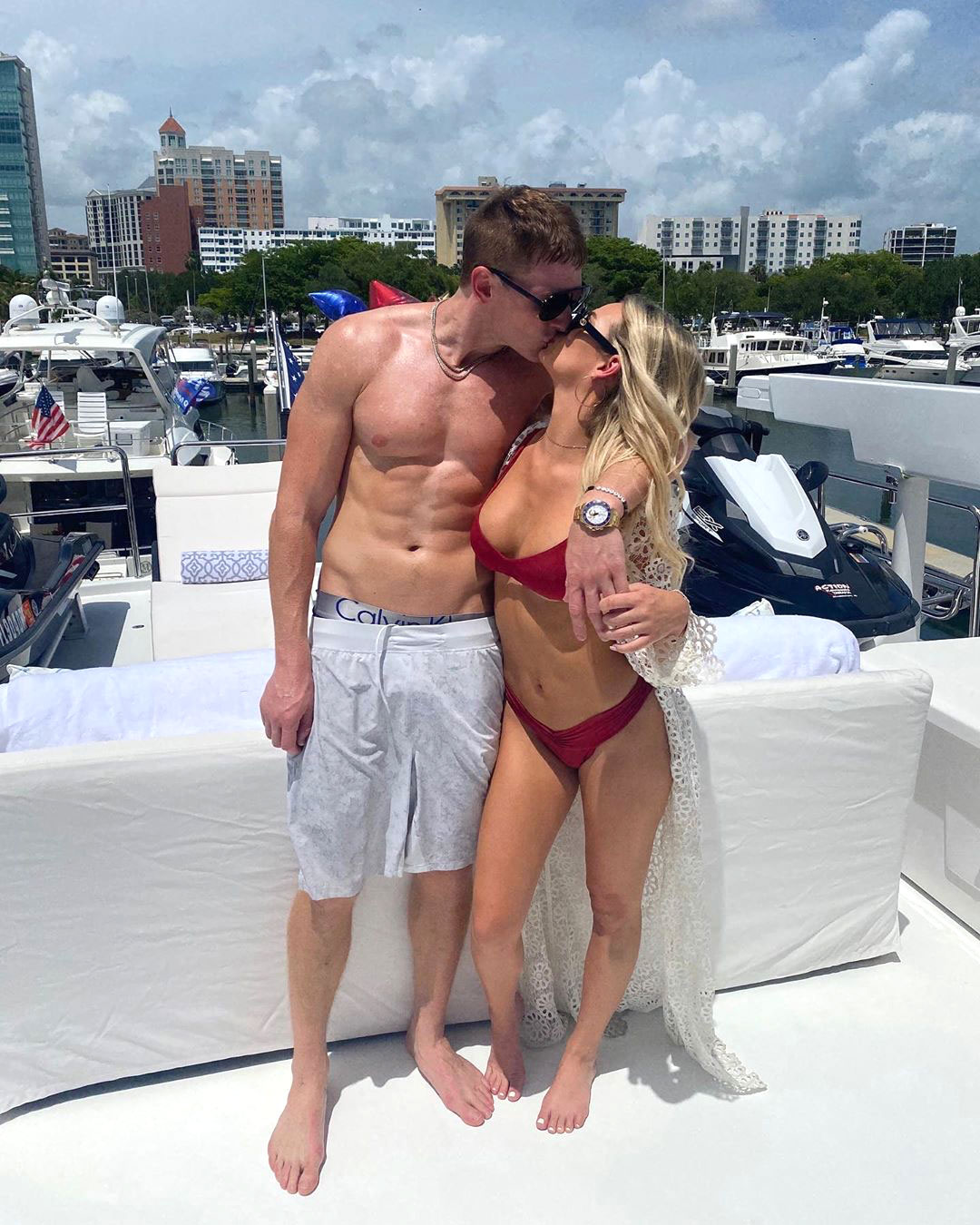 Porter and Kompothecras, 25, dated on and off for years but ultimately did not work out — and in June, he welcomed a baby with girlfriend Alyssa Salerno. Kompothecras, who was fired from the show due to past racially charged comments, and Logan did know each other, but “were never really good friends,” she told Us.

“They were never close, but they were just in a big group of guys that always would go on trips together and go out together and stuff but they would never hang out alone,” the reality star said at the time.

She shared more about her relationship with Logan in June. “Sam and I were always friends and then things got a little more serious. I just hope that people see that I can actually have a guy that is so sweet to me and he would drop anything to help me with whatever,” she told E! News. “He makes me happy and I can trust him and that’s what I love them. It’s not a hectic relationship.”