Former ESPN host Jemele Hill – now a staff writer for The Atlantic — argues in her controversial first article for the magazine that black college athletes should leave predominantly white schools.

The article, titled, "It's Time for Black Athletes to Leave White Colleges," has drawn a range of responses — including assertions that Hill is "pro-segregation" or even "racist."

In the article, which appears in The Atlantic's October issue, Hill argues that black athletes help attract money and attention to “predominately white universities that showcase them,” while Historically Black Colleges and Universities (HBCUs) continue to struggle.

She writes that mostly white schools’ multibillion-dollar revenues have been built on the “exertions of (uncompensated) black athletes," claiming that an elite black athlete attending an HBCU raises awareness of the institution, whose endowments combined are less than a tenth of Harvard’s. 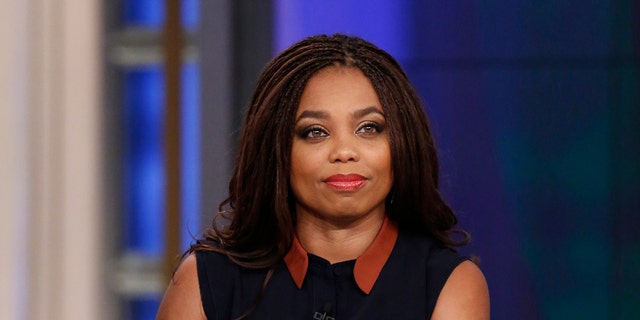 Jemele Hill, shown during a February 2018 appearance on ABC’s "The View," now writes for The Atlantic after leaving ESPN. (Getty Images)

She writes that HBCUs have graduated a significant number of black professionals, a thriving HBCU lifts up the community around it and finally, that some black students “feel safer, both physically and emotionally," at an HBCU – “all the more so as racial tensions have risen in recent years.”

“Navigating a predominantly white campus as a black student can feel isolating, even for athletes,” she adds.

"The flight of black athletes to majority-white colleges has been devastating to HBCUs," she writes, positing, "What if a group of elite athletes collectively made the choice to attend HBCUs?"

While some readers appreciated her argument, Hill’s editorial didn’t sit well with everyone. Critics on Twitter called the piece “pro-segregation” and “racist” and pointed to the fact that Hill graduated from Michigan State University, which is not an HBCU.

Hill left ESPN in 2018 after making waves as a frequent critic of President Trump. On Twitter, she called the president a “white supremacist” and a “bigot” who was "unqualified and unfit to be president.”

ESPN initially declined to punish her for the tweet but then sidelined her for two weeks in October 2017, after she violated the company’s social media guidelines again. The second violation occurred when she called on fans to boycott advertisers of the NFL's Dallas Cowboys after owner Jerry Jones told players they would be benched if they did not stand up during the national anthem.