Trying to stay positive. Jenelle Evans’ mom, Barbara Evans, has hope that the Teen Mom 2 alum will regain custody of her three children in the future.

“Of course I would like for Jenelle to get them all back eventually,” Barbara told E! News on Tuesday, May 28. “But certain things have to happen first.”

Barbara was granted temporary custody of 2-year-old Ensley, whom Jenelle, 27, shares with husband David Eason, earlier on Tuesday, according to Radar Online. Barbara has had custody of the MTV personality’s eldest son, Jace, 9, whom she shares with ex Andrew Lewis, for most of his life. Jenelle’s 4-year-old son, Kaiser, for his part, will stay with his father, Nathan Griffith. Eason’s daughter from a previous relationship, Maryssa, 11, was also not returned to her dad’s custody. 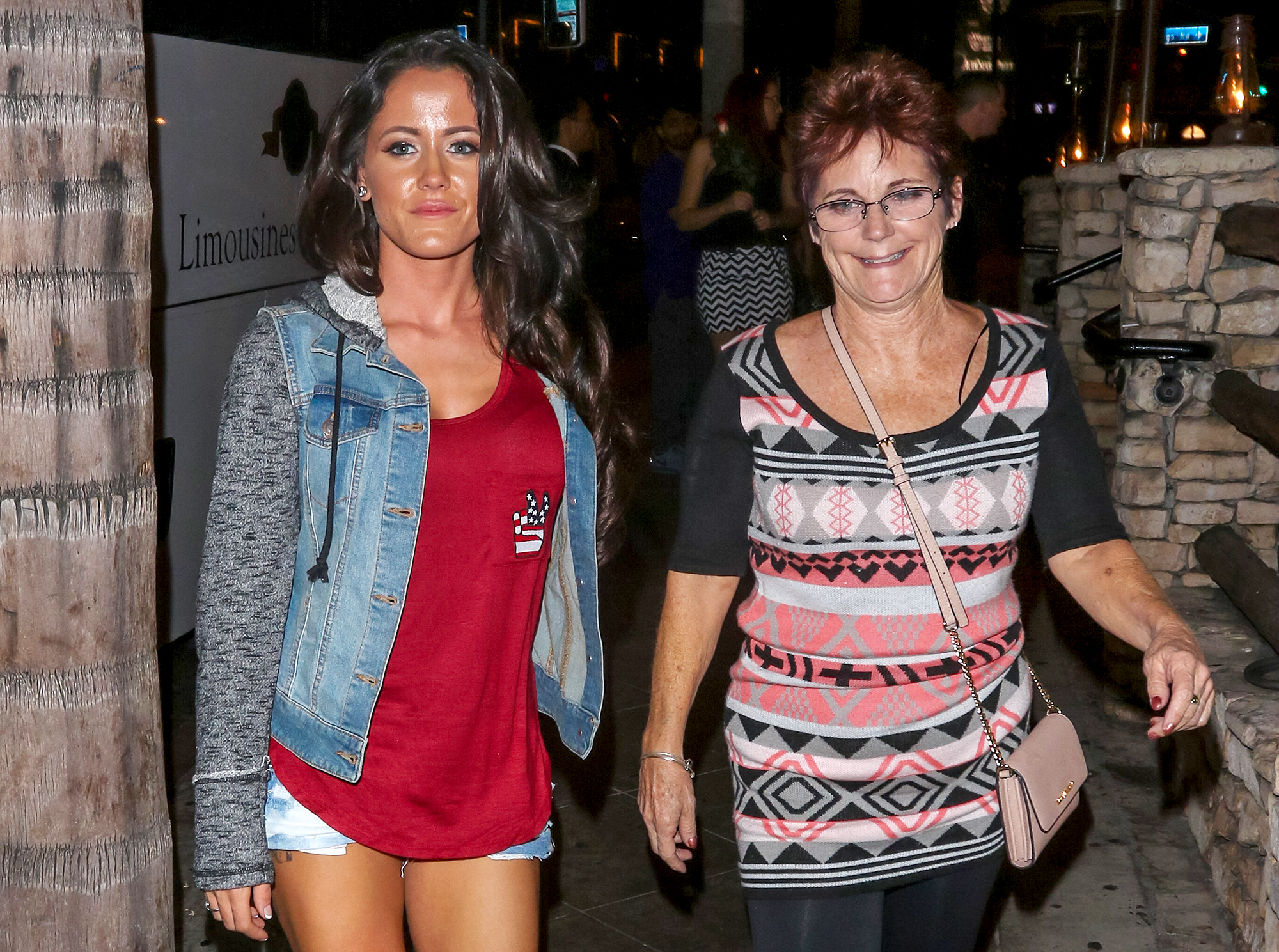 Kaiser originally went to stay with his paternal grandmother, Doris, and Ensley was in the care of Eason’s mother, according to multiple sources. The children were removed by Child Protective Services earlier this month after Eason shot and killed his wife’s French bulldog.

According to Radar Online, the Read Between the Lines author was “sobbing in court” on Tuesday as the judge ruled that she “failed to protect the children while they were in her care” and subsequently sent them to stay with relatives. Jenelle’s manager Johnny Donovan told Us Weekly in a statement: “At this time we are cooperating with the judge and legal team from court. We have no comment at this time and we appreciate the concerns regarding our client and her children. We will continue to cooperate with the court and their decisions.”

Eason confirmed in an Instagram post on May 1 that he killed his family’s pet after he claimed it nipped at Ensley.

“Whether it be your dog or mine, a dog is a dog and I dont put up with that s—t at all,” he wrote. “I’m all about protecting my family, it is my lifes mission. Some people are worth killing or dying for and my family means that much to me.”

Days later, Us broke the news that the JE Cosmetics founder was fired from MTV. The network told Us in a statement: “We have stopped filming with Jenelle Eason as of April 6, 2019 and have no plans to cover her story in the upcoming season.”

Jenelle, who married Eason in September 2017, later told Us that MTV’s decision was “a little bit” shocking, but she has no bad blood toward the network. She explained, “I respect their decision and have nothing but love for MTV.”