Bennifer’s whirlwind tour of Europe just keeps getting hotter! The pair were spotted packing on the PDA as they docked in gorgeous Naples, Italy.

Jennifer Lopez, 52, and Ben Affleck, 48, are having the time of their lives in Europe! The couple were spotted passionately kissing on a dock in Naples, Italy as they stepped off their $130 million yacht on Friday, July 30. Ben and Jen only had eyes for each other as they soaked up the sun and the postcard worthy scenery, later boarding a smaller boat to tour around the area. As expected, J.Lo’s fashion game has been on point for the epic trip, consisting of designer bikinis, kimono’s and plenty of sexy dresses. 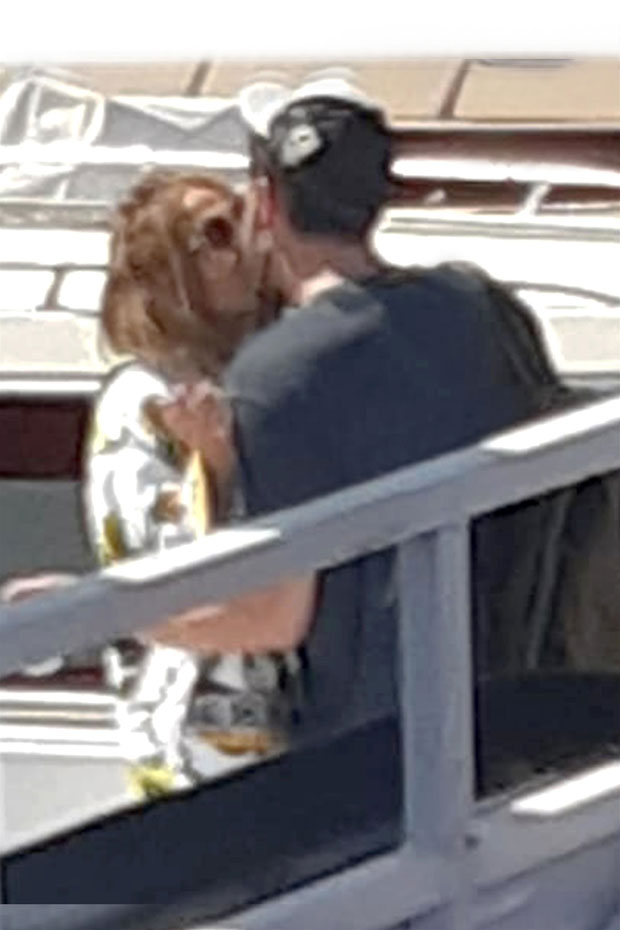 For this latest stop, she wore a kaftan-style wrap as a dress, adding a pair of chic sunglasses to protect her eyes from the sun. Her hair highlighted hair was kept center parted and down as she snuggled up to The Town actor, who kept his look casual with a baseball ca and black t-shirt (his go-to’s). Just days ago, fans noticed Ben’s face was looking slightly red from too much sun — seemingly prompting him to throw on a baseball cap.

The Naples stop comes fresh off of a visit to a Monte Carlo casino in Monaco, where fans caught snaps inside. The “Dear Ben singer was seen sitting at a table in a strapless white-and-blue dress next to Ben, who appeared to be in a black suit and white shirt. Just last month, Ben also visited a casino in Las Vegas, Nevada where he was shooting a commercial with Jen’s mom Guadalupe Rodriguez, 75.

Since jetting off to Europe, the couple — affectionately known as Bennifer — have pulled out all the stops for her 52nd birthday! Jen went all out with a ritzy bash in Saint Tropez, where she spent most of the evening cuddled up to Ben as they jammed to her old songs — including several from their first-round romance back in 2002.  “J.Lo celebrated with close friends. She was in the best mood and happiest she has been in a long time,” a source told HollywoodLife EXCLUSIVELY last week. Ben surprise his girlfriend with a gorgeous custom-designed necklace from Foundrae to mark the occasion.