Sascha’s mom, Jessica Seinfeld, posted a family photo Thursday of the 18-year-old on her big night, plus some other pics on Instagram. 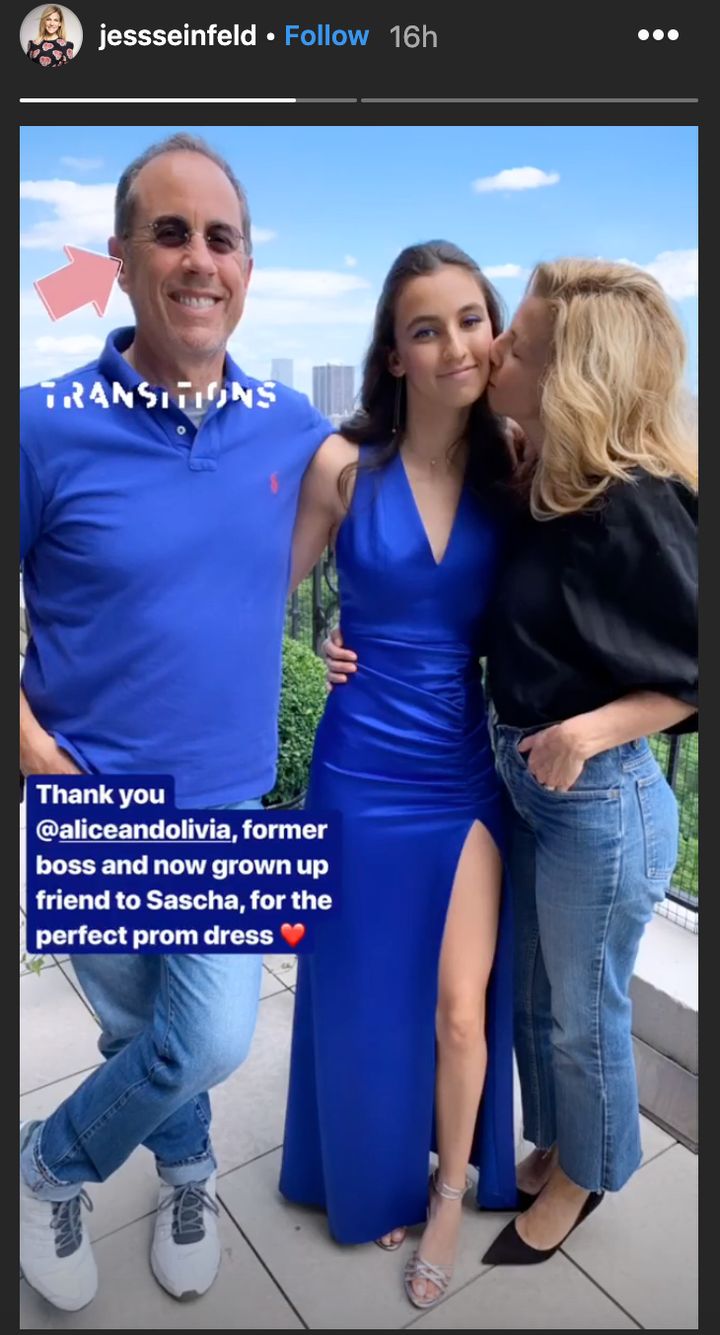 She also shared a picture of Sascha with her date, writing: “Prom night for Couple of the Year, Sascha and Jack.”

Jerry, the comedian best known for “Seinfeld” and the roving talk show “Comedians in Cars Getting Coffee,” said Wednesday at a charity function that he didn’t want to be the “mean” guy to Jack.

“I really was determined not to be those dads,” he said, according to People. “I hated those dads when I was a kid dating and you would go to a girl’s house and the father would be so mean and I don’t want to be that guy. You feel those feelings. You feel possessive and protective but I refuse to be one of those disapproving dads.”

We hope Sascha had a fabulous time at prom, and we pray she didn’t dance like Elaine.