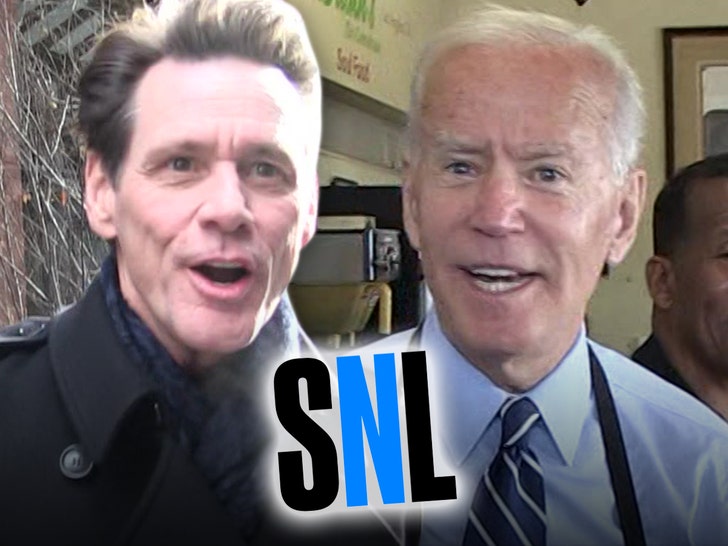 Jim Carrey is going toe-to-toe with Alec Baldwin on “Saturday Night Live” — because he’ll be the show’s new Joe Biden heading into the election.

Showrunner and EP Lorne Michaels made the announcement Wednesday … also sharing that Alec will return as President Trump, and so would Maya Rudolph, who played a hilarious version of Kamala Harris last time around.

But, on Biden — who’s been portrayed by Woody Harrelson and Jason Sudeikis of late — Lorne told Vulture they were probably gonna give Jim a shot … with conditions, it seems.

He says, “There was some interest on his part. And, then we responded, obviously, positively.” He adds there were caveats, explaining … “But, it came down to discussions about what the take was. He and Colin Jost had a bunch of talks. He and I as well. He will give the part energy and strength, and … [Laughs.] Hopefully it’s funny.”

It’s interesting that Lorne wanted to feel out how Jim would go about portraying the former Veep. The last time ‘SNL’ spoofed him … they often made Biden out to be rambling, kooky and kinda creepy with his touchy-feely-ness.

Ya gotta wonder what the take will be now … with the new backdrops of the coronavirus pandemic and Biden being the Democratic nominee.

Either way … we’ll be watching.