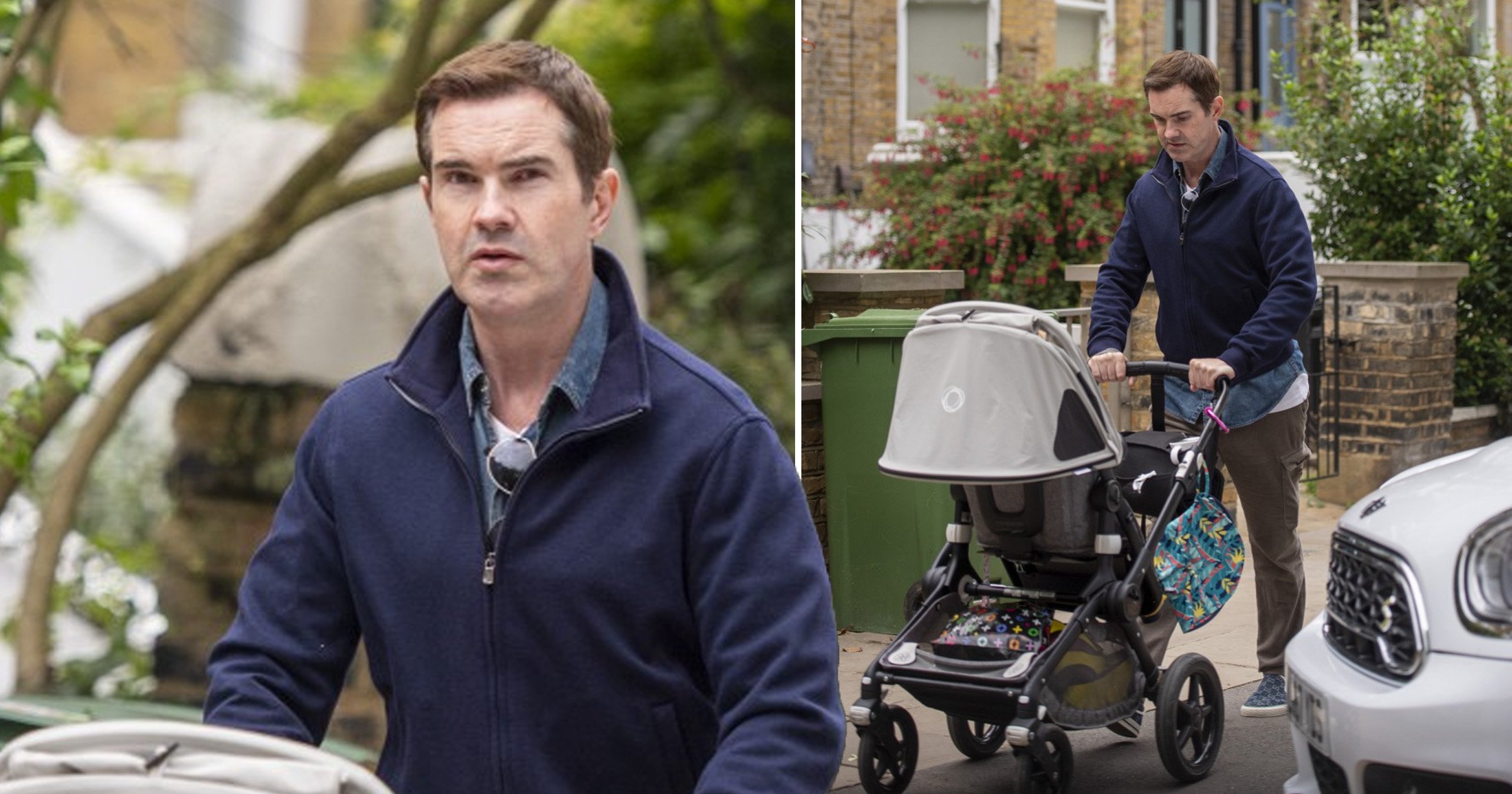 Jimmy Carr was pictured pushing a pram on a stroll in London, the first public sighting of the presenter since the death of friend and colleague Sean Lock.

The 48-year-old layered up in casual attire as he wandered down a street in the capital armed with bags of baby essentials, before later heading to a nearby park.

The comedian has never confirmed having children with long-term partner Karoline Copping, a commissioning editor for Channel 5 who met Jimmy during an audition for a panel show early on in his career.

Canada-born Karoline has been dating Jimmy since 2001, but they are not married.

Despite almost two decades in the limelight, most of Jimmy’s personal life remains tightly under wraps, and no more details are known about the couple’s home life.

They have not publicly commented on whether they have or will have children together, however, the comic has been photographed with a pram on several occasions since January 2020.

This latest sighting of the 8 Out of 10 Cats host is the first time he’s been seen publicly since fellow comedian and co-star Sean Lock died aged 58.

News of the death of Sean, who was best known for his work on shows like 8 Out of 10 Cats, QI and A League of Their Own, broke last month following his battle with lung cancer.

The much-loved TV star died at home surrounded by his family.

Jimmy led tributes to the comic, taking to Twitter to express his heartbreak.

‘Brutal news about Sean Lock today. I loved him. I’m watching clips of him right now – laughing & crying. I’ll miss him so much,’ he wrote.