John Cena knows how to steal the spotlight. The action star hit the red carpet at the premiere of his new super hero epic, The Suicide Squad, on Monday in full costume as his character, Peacemaker.

The star was joined by his wife, Shay Shariatzadeh, who walked the red carpet at the Regency Village Theatre in Los Angeles alongside her costumed hubby, often holding hands and exchanging kisses in front of the cameras.

Cena spoke with ET’s Lauren Zima on the carpet, who jokingly asked the actor who she was talking to today — Cena or Peacemaker.

“Well this is a very festive occasion as we premiere The Suicide Squad,” Cena said. “I ask myself who I am on a daily basis and the answer changes sometimes. And tonight I am dressed up as Christopher Smith, the Peacemaker.” 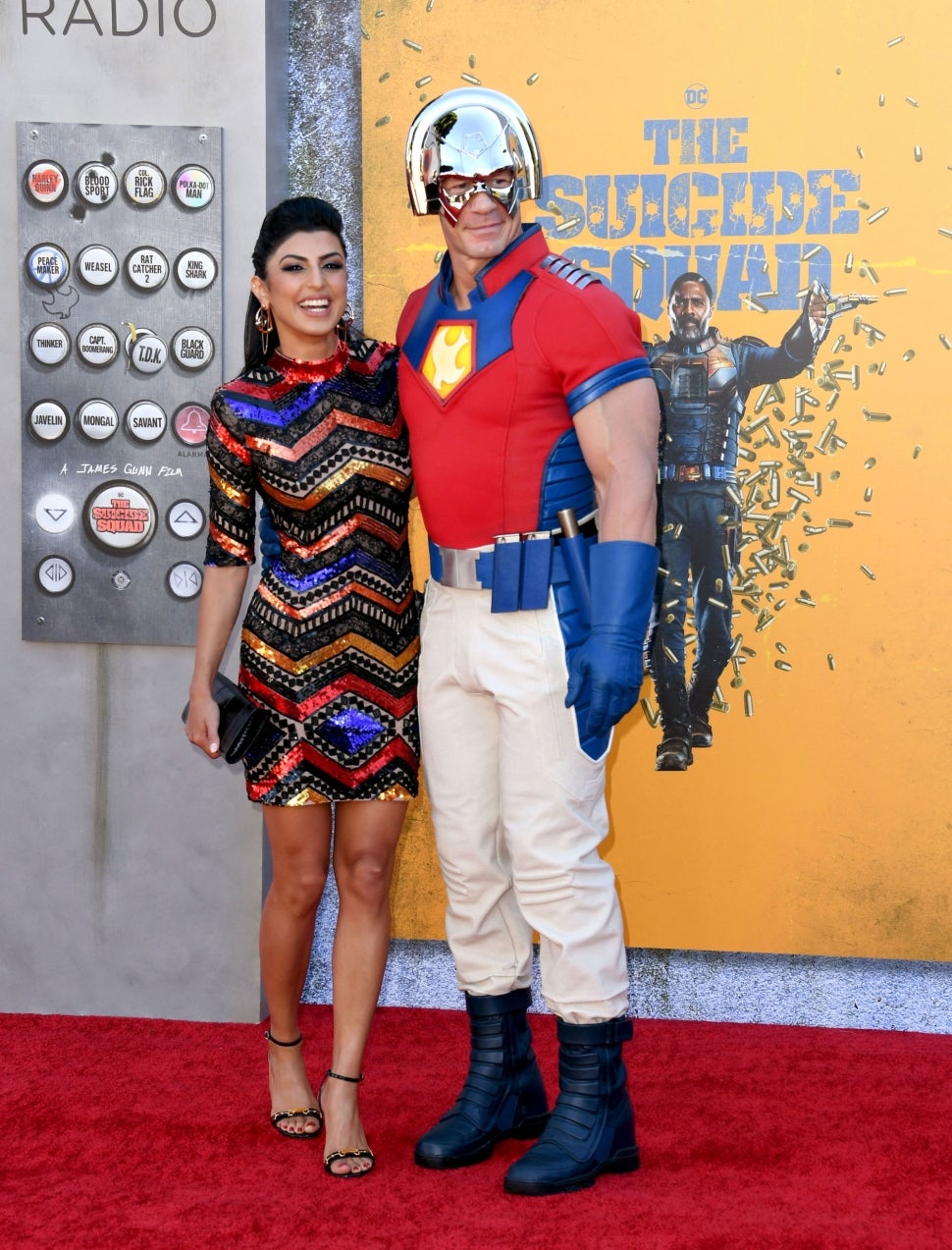 When asked about how his wife felt about Cena rocking the Peacemaker costume out and about — as he’s done quite a lot recently while promoting the new movie — Cena joked, “Oh those are conversations that we have together. In the privacy of our own home.”

When asked if the costume itself has been worn in the privacy of their home, Cena quipped, “I can’t confirm or deny that.”

Several of Cena’s co-stars spoke with ET about the actor’s proclivity for rocking the Peacemaker garb, including Nathan Fillion, who laughingly teased, “He hasn’t taken it off in weeks.”

“That is commitment to a bit,” Fillion added. “That is a life of dedication right there.” 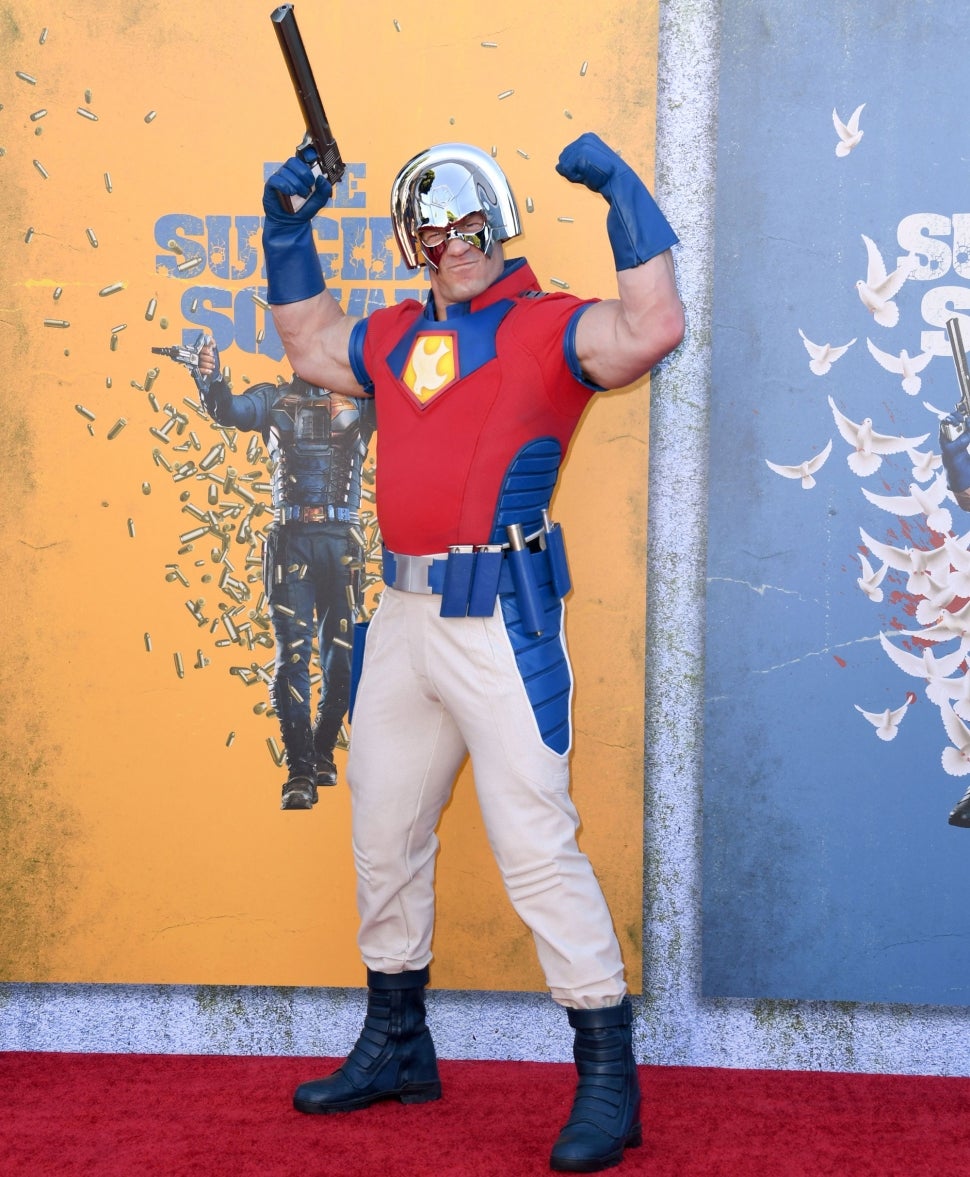 When asked about Fillion’s remark, Cena shot back, “What I want to know is, why is Nathan stalking me? He may be right, he may be wrong, but how has he kept track of my whereabouts for weeks?”

Co-star Margot Robbie also spoke with ET, and couldn’t believe Cena had donned the outfit to the grand premiere.

“He stole that costume!” Robbie exclaimed. “I didn’t even know we were allowed to do that! I did not know we could steal our costumes, and I didn’t steal mine. I should have done that, I would have worn it tonight.”