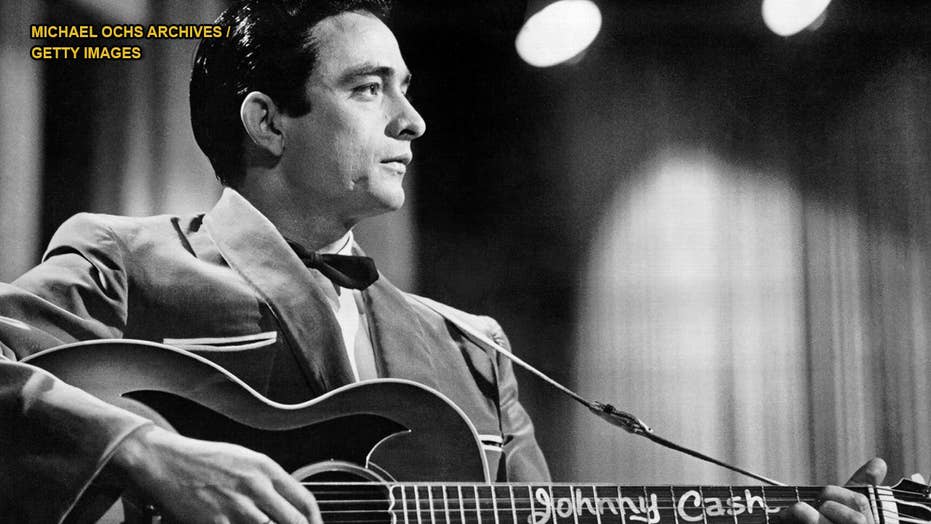 Johnny Cash remained devoted to his faith despite drug woes, was nearly killed by an ostrich, book reveals

Johnny Cash suffered a lingering battle against addiction to drugs throughout his life, but the Man in Black desperately tried to find his way into the light.

Pastor Greg Laurie recently detailed the singer’s grueling road to salvation in a book titled "Johnny Cash: The Redemption of an American Icon." It features interviews with Cash’s family, friends and business associates to further explore how the star found God before he passed away in 2003 at age 71 from diabetes. 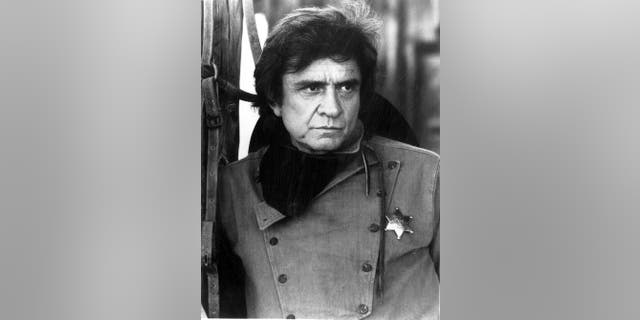 “[Cash] has this bad boy image, this outlaw image, and that was true, but yet deep down inside, Johnny was a very committed follower of Jesus Christ,” Laurie told Fox News. “He was raised in a Christian home. He had lapses in his faith. He returned to it. He fell again. He got on his feet again. He fell again. But I think it was really the intervention of [his wife] June Carter Cash that probably saved his life, and it was her strong faith in God, and… that God came through this time of addiction that he struggled with.

“The reason that Johnny has not joined the pantheon of rock stars who died of drug overdoses or alcohol abuse is because he knew where to turn when he was in trouble, and he turned to the Lord," continued Laurie. "Sinners thought he was a saint. Saints thought he was a sinner. The reality is, he was both.”

According to Laurie’s book, Cash was born in a dirt-poor, God-fearing household in rural Arkansas during the Great Depression. While serving in the Air Force in the early ‘50s, he met 17-year-old Vivian Liberto and the couple married four years later when he left the service. Cash later became a door-to-door appliance salesman but he was determined to pursue music. 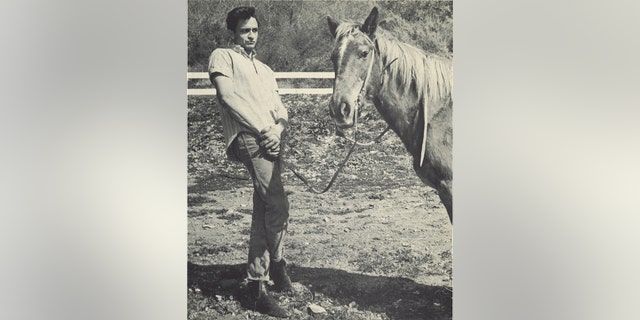 Johnny Cash was determined to pursue music despite his upbringing.
(Salem Books)

The New York Times reported that Cash met guitar-playing auto-mechanics Monroe Perkins and Marshall Grant through his brother Ray, who worked in a garage. They formed a band and performed in church socials and county fairs. In 1954, the group auditioned for record producer Sam Phillips of Sun Records. Cash was signed to a contract by Sun and quickly began touring across the country while Liberto was left alone to raise their four daughters.

It was during the ‘50s when Cash was introduced to amphetamines to fight off-road fatigue — and he became hooked. Cash was allegedly taking up to a 100 pills that he washed down with beer and made frequent trips to Mexico where he could pick up more amphetamines without a prescription. Cash was famously arrested in El Paso, Texas in 1965 for smuggling amphetamines from Mexico. News reports at the time claimed Cash was found with 668 Dexedrine and 475 Equanol tablets in his luggage. 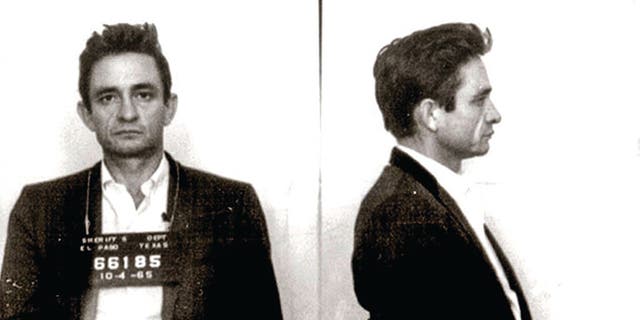 Johnny Cash was introduced to amphetamines to fight off road fatigue during the ’50s.
(Salem Books)

SUSAN OLSEN TALKS 'A VERY BRADY BUNCH RENOVATION,' SAYS VOTING FOR TRUMP GOT HER IN TROUBLE ON RADIO SHOW

“He had an ostrich name Waldo that attacked him [in 1981] and almost killed him,” said Laurie. “In fact, it jumped on top of Johnny Cash, broke four of his ribs, ripped him wide. And if he wasn’t wearing the… giant metal belt buckle, he may not have lived to tell the story of Waldo… Even a dentist broke his jaw later in life, causing him to go on pain meds. So whenever meds were involved, he would have an issue with addiction. It was a struggle for Johnny throughout his life, but he was able to get free of all those things towards the end of his life.” 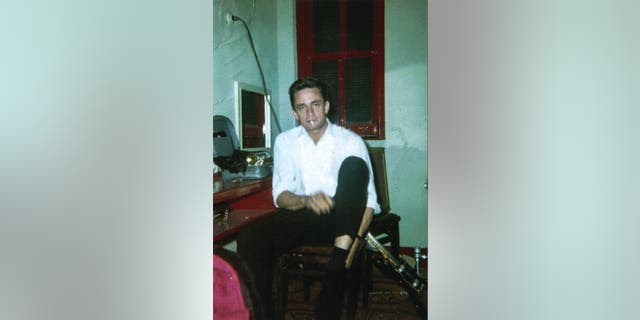 Johnny Cash had an unfortunate encounter with an ostrich named Waldo.
(Salem Books)

Cash himself recalled the shocking encounter in his 2003 book "Cash: The Autobiography."

“All he did was break my two lower ribs and rip my stomach open down to my belt,” he wrote. "If the belt hadn’t been good and strong, with a sold belt buckle, he’d have spilled my guts exactly the way he meant to. As it was, he knocked me over onto my back and I broke three my ribs on a rock — but I had sense enough to keep swinging… so he didn’t get to finish me. I scored a good hit on one of his legs, and he ran off.” 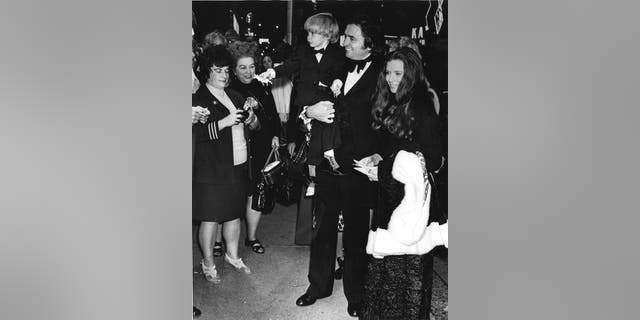 “…Soon I was going around to different doctors to keep those pills coming in the kind of quantities I needed, and when they started upsetting my digestive system, I started drinking wine to settle my stomach, which worked reasonably well,” he continued. “The wine also took the sharper, more uncomfortable edges off the amphetamines I’d begun adding to the mix because — well because I was still looking for that euphoria.”

In 1956, Cash made his debut at the Grand Ole Opry and met singer June Carter, the wife of fellow artist Carl Smith, backstage. According to Laurie’s account, Cash reportedly told Carter he would marry her one day. Later that year, Smith and Carter called it quits and eventually joined Cash on the road. 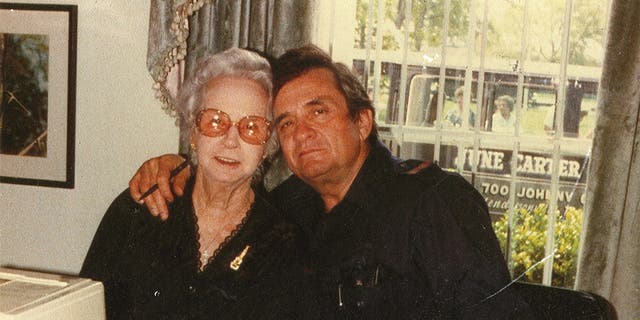 The New York Times shared that after a near-fatal drug binge in 1967, Carter persuaded Cash to seek treatment for his drug dependency and rediscover his Christian faith. Cash and Liberto divorced in 1968 and that same year, he married Carter.

“Johnny would be the first to admit that he failed in his first marriage to Vivian,” said Laurie. “He was not a good husband or a good father. He was on the road a lot. He had a lot of issues back then, and that ended in divorce. And then June Carter came into his life, and she became his beloved wife, and probably saved his life because of her firm faith in Christ, and her unwillingness to let Johnny completely destroy himself. Johnny had to ultimately go to rehab to get his life cleaned up, which he did.”

It was also the wake-up call Johnny needed to get his life together. 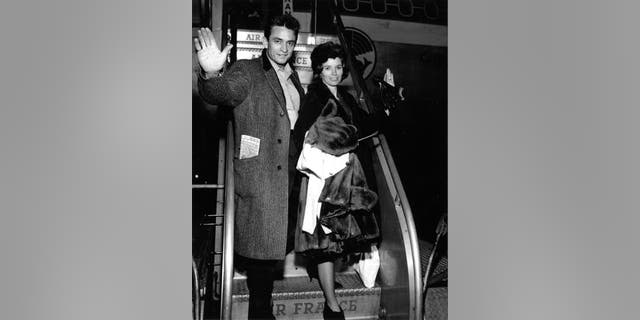 “When Johnny made the recommitment to Christ, he’d become very famous, and it was hard for him to go to church because when he would show up, everyone would just stop and stare at him,” explained Laurie. “And when people found out he was going to church, aspiring songwriters would come to him, hoping he would take demos to record executives. And so Johnny was very sporadic in his church attendance. But there’s one man name Jimmie Snow, a minister, who reached out to Johnny and really challenged him to start coming to church, which Johnny did.”

“Johnny came under what we would call the conviction of the Holy Spirit over Sunday, which simply means that he realized he needed to really get right with God,” Laurie continued. “And he went forward [with] the invitation of the pastor. He got down on his knees with his family, and he prayed, and he asked God to forgive him of his sins. That recommitment was something that carried Johnny right through to the end of his life.” 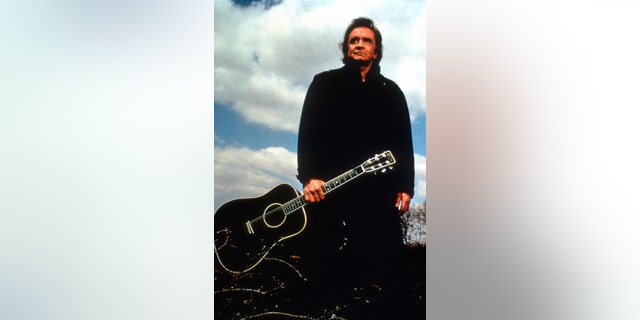 According to Laurie, Cash became a licensed minister and even seriously considered leaving music altogether to become a preacher.

“It was actually his wife June who said, ‘Oh no, Johnny. You have a much larger platform with your music,’” said Laurie. “And so even when he was at the peak of his fame, Johnny always used his platform to talk about Jesus. He was never embarrassed to be a Christian, never ashamed of his faith in any way… He never lost his faith. He just lost his way, and then he found his way back to the Lord again.”

But Cash’s drug problems weren’t completely over — in fact, Laurie’s book revealed he entered the Betty Ford Center for treatment in 1983. Cash was reportedly treated again after he was released. 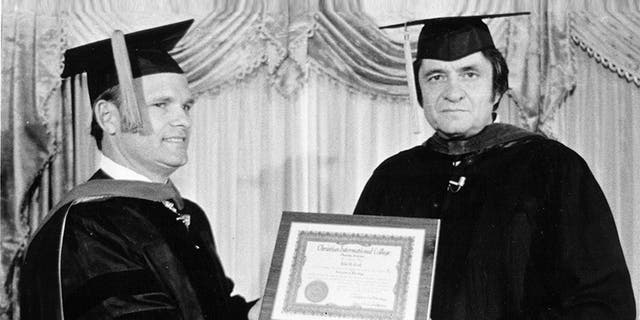 Greg Laurie claimed Johnny Cash wanted to become a preacher, but his wife June Carter Cash told him he would have a greater impact spreading his message through music.

It was at the Betty Ford Center where Cash met Elizabeth Taylor and the two became friends after learning they were born a day apart. The pair would go on to exchange birthday cards for years to come.

Cash’s career dwindled in the ‘80s, but he enjoyed a comeback in the ‘90s. As for his marriage, Cash and Carter remained together until her death in 2003 at age 73. Cash died a mere four months later. 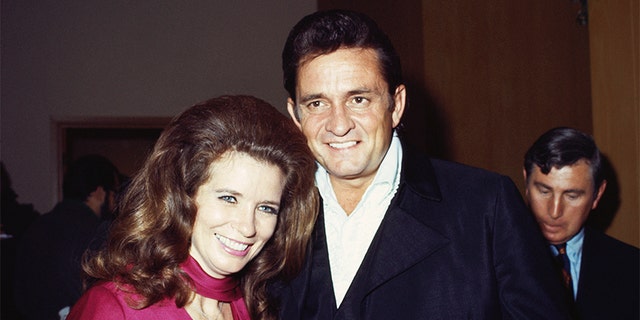 Married country singers Johnny Cash and June Carter Cash pose for a portrait at an event on September 1969 in California.​​​
(Salem Books)

Laurie hopes that his book will shed new insight into the man behind the myth and how he relied on faith to help him overcome his demons.

GET THE FOX NEWS APP

“It’s a story of a man who’s struggled, a man who stumbled, a man who fell, but a man who acknowledged it,” said Laurie. “Johnny was an honest man. He was an authentic man… But what I want people to take away from reading this book is no matter how badly you’ve messed up in life, God gives second chances. And no matter how many mistakes you’ve made, you can get up and start over again. Johnny Cash did that. And if Johnny could do it, anyone can do it.”