Julia Bradbury, 50, has said that after 20 years in showbusiness she has now made a rule not to work with people she “doesn’t like”. The TV personality admitted she is “not everyone’s cup of tea” and is keen to focus on forming meaningful working relationships.

Julia has responded to a tweet from author and talent agent Melanie Blake, as the latter revealed she would be having a number of tense meetings this week.

Melanie typed: “Couple of interesting meetings coming up this week…

“Where none of us like each other but we need to come together to make a project happen for our relevant connections.

“I’ll say this for showbiz.. for the good, the bad & the ugly – it’s never boring. #TalentAgentLife.” 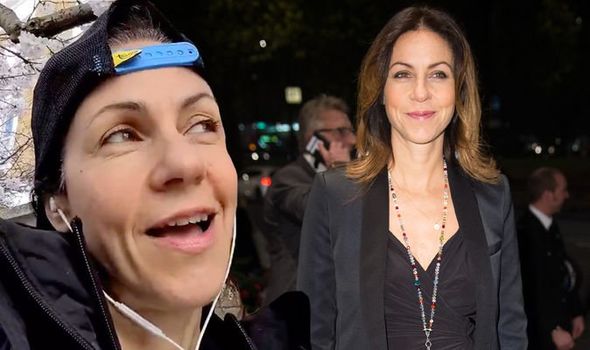 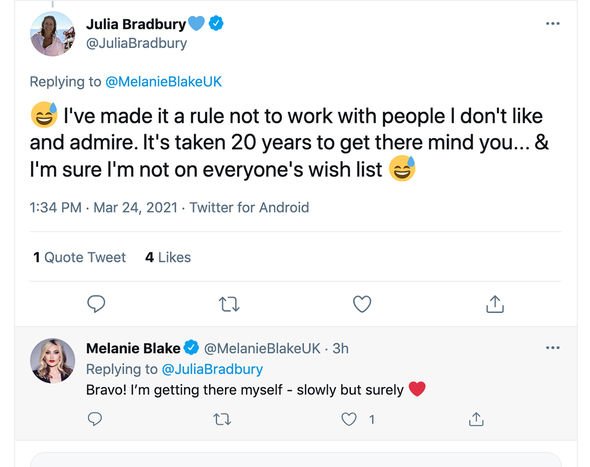 Julia could relate to Melanie’s sentiment about the difficulty of tolerating certain people in a professional capacity.

She responded: “I’ve made it a rule not to work with people I don’t like and admire.

Melanie applauded Julia for taking a tough stance against being around negativity. 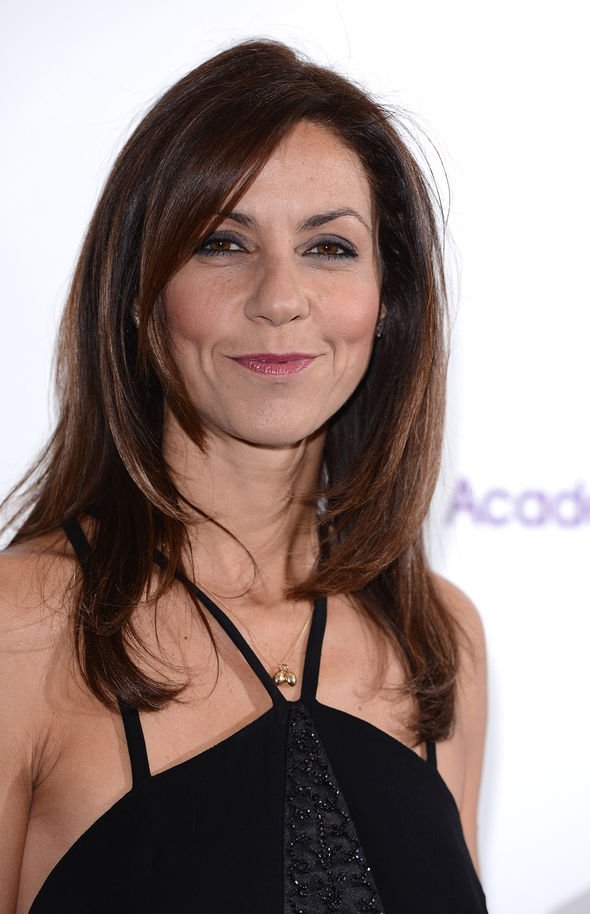 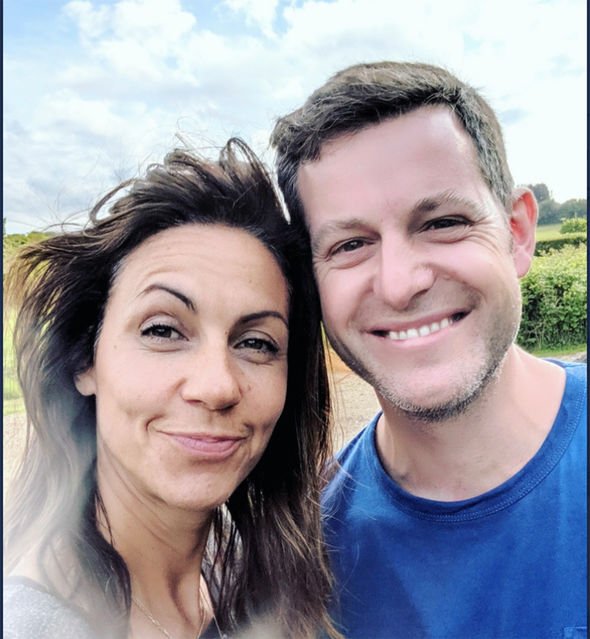 The former manager of Coleen Nolan responded: “Bravo! I’m getting there myself – slowly but surely.”

However, one person who Julia still has a lot of time for is her former on-screen “husband” Matt Baker, and previously praised the presenter.

Julia revealed she and Matt are “still very good friends” despite her stepping away from Countryfile seven years ago.

She told Entertainment Daily: “Matt and I are still very good friends.

“He is godfather to one of my twin girls, so we’ve not lost touch and get together whenever our crazy schedules allow.”

When asked if Matt is still her favourite TV husband, Julia confirmed: “Of course.

“He is genuinely a lovely guy and Nicola [Mooney], his beautiful real wife is very lucky.”

In a Twitter tribute to Matt before he stepped down from The One Show, Julia gushed over their long-standing friendship.

She typed: “V proud to call this man of the nicest guys on the planet & one of the most talented.

“He can dance he can sing AND he can write the show tune. & backflip while he’s at it.

“I’ll be tunning in to @BBCTheOneShow tonight Baker Boy. #mattbaker.”(sic)