Kim Kardashian West isn’t the only one dating following her split from Kanye West. The shapewear mogul has been spotted with Pete Davidson multiple times since her hosting gig on Saturday Night Live. Now it looks like Kanye West is also in a new relationship with 22-year-old model Vinetria.

Here’s what happened and why the timing of West’s new romance is a little confusing.

Kim Kardashian West has been hanging out with Pete Davidson

Kardashian West and Davidson first sparked dating rumors when they kissed on-screen during a sketch for Saturday Night Live on Oct. 9. Although many fans thought the pair would make a cute and intriguing couple, they dismissed the kiss as a scripted moment for the show.

But then, the 41-year-old reality star and the 27-year-old comedian were spotted together over Halloween weekend. They were with Kourtney Kardashian and Travis Barker at Knott’s Berry Farm in Orange County, California on Oct. 29. Davidson and Kardashian West looked very cozy, holding hands on a roller coaster and snuggling up on a log flume ride.

After spending time together in California, where Kardashian West lives, the alleged couple took their romance to Davidson’s hometown, Staten Island. They had a private dinner together on the roof of Campania, an Italian restaurant.

Kardashian West’s dates with Davidson occurred about eight months after she filed for divorce from Kanye West.

The rapper and the reality star’s split appears to be amicable, with both parties agreeing to share custody of their four children and neither requesting spousal support. They have also supported each other’s work since separating. Kardashian West attended West’s Donda listening party in Chicago in a Balenciaga wedding gown, and the Yeezy designer helped the beauty mogul prepare for her hosting gig on SNL.

West has also been dating since the split. He was seeing 35-year-old model Irina Shayk earlier this year and is now reportedly dating 22-year-old model Vinetria.

The 44-year-old rapper has been seeing the young model “for a while now,” according to Daily Mail. It’s unclear when their romance started, but they seemingly went public on Saturday, Nov. 6, when they sat together courtside at the debut basketball game for West’s Donda Academy in Minneapolis. The model posted a video of West performing during the game to her Instagram Stories. 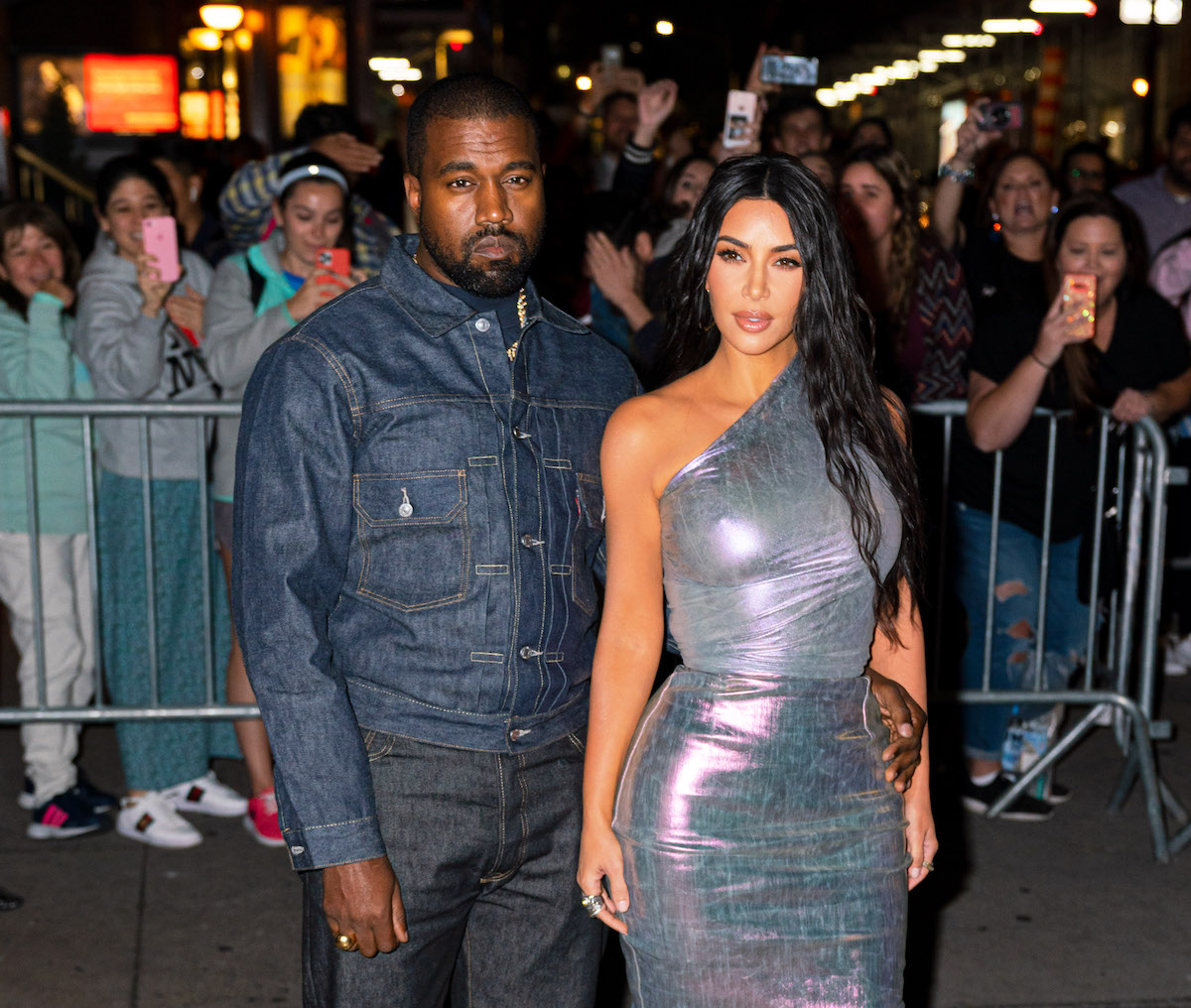 Kanye West recently said he hopes to reconcile with his ex: ‘She’s still my wife’

The news of his relationship with the model is a bit confusing, considering that footage of West saying Kardashian West is still his wife recently surfaced.

West insistently referred to Kardashian West as his wife on the Nov. 4 episode of Revolt TV’s Drink Champs. “My wife – because she’s still my wife – ain’t no paperwork,” West said (via E! News).

“SNL making my wife say, ‘I divorced him’ because they just wanted to get that bar off,” the “Flashing Lights” rapper continued. “And I ain’t never even seen the papers; we’re not even divorced.

“That ain’t no joke to me,” he said. “My kids want their parents to stay together. I want us to be together.”

But according to Daily Mail, the interview was filmed on Oct. 24, before any of the Kardashian West-Davidson sightings. And Vinetria was with him at the taping.

West has unfollowed Kardashian West on social media since the rumors about her relationship with Davidson started surfacing.