Kate Middleton and Prince William arrived into Cumbria on June 11, 2019 to undertake a joint engagement.

For the occasion, Kate wore black skinny jeans, black chunky boots, and a slim khaki jacket. Underneath the jacket, Duchess Kate wore a striking ruffled blouse and a green sweater.

As the royal family’s official Twitter account revealed, “This afternoon, The Duke and Duchess of Cambridge are in #Cumbria where they’ll meet members of the local rural community involved with farming, @cumbriawildlife and @mountrescueuk”. 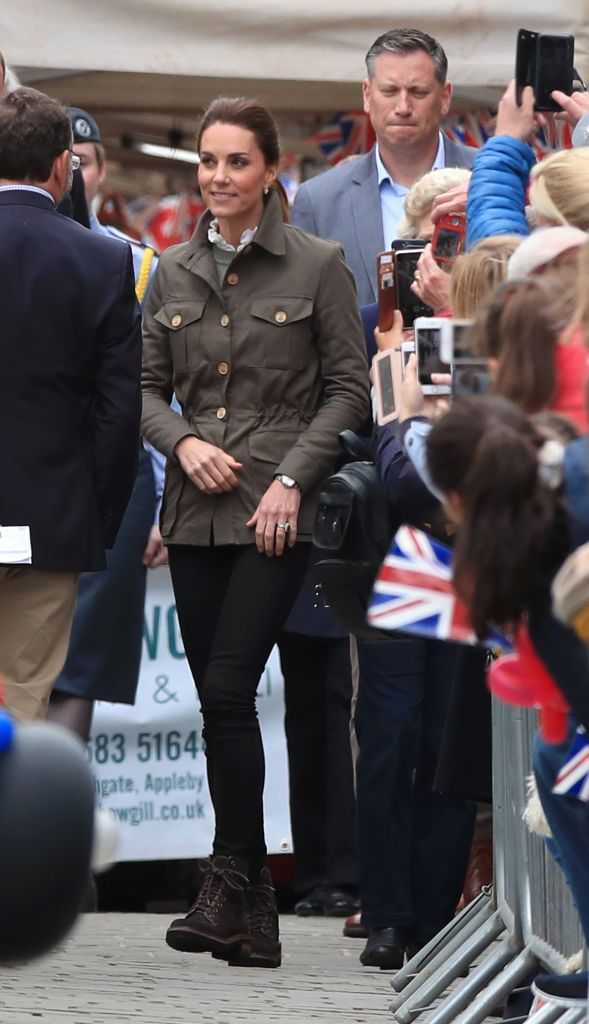 CFM Radio News revealed via Twitter, “Some people have been waiting since 7am to see Prince William and Dutchess [sic] of Cambridge Kate Middleton! Have a look at the hundreds of people in #Keswick awaiting their arrival!”:

Just this weekend, Kate and William stepped out in London to celebrate the Queen’s second birthday at Trooping the Colour. Also in attendance were the couple’s three children—Prince George, Princess Charlotte, and Prince Louis.

Baby Louis made his debut on the balcony of Buckingham Palace alongside the royal family, and it’s safe to say he stole the show. From his grumpy little face, to his charismatic wave, the little prince was adorable throughout the celebration.