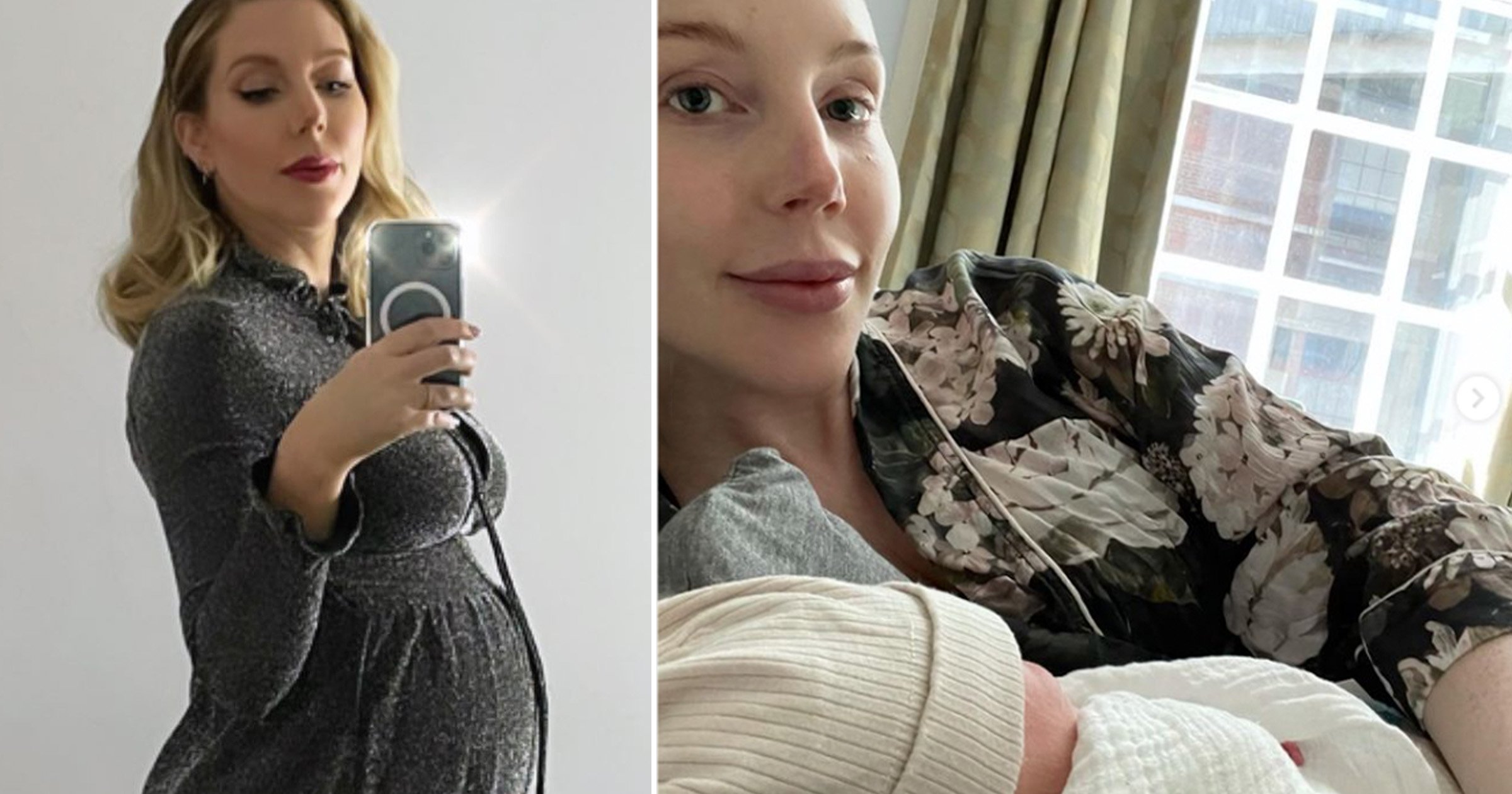 Katherine Ryan has revealed that she didn’t address her pregnancy publicly for months, despite having a visible bump, as she worried it may affect her career.

The comedian, 38, had announced that she was expecting her second child just two weeks before she gave birth after keeping the news under wraps from everyone, including TV execs she was meeting with.

She told Metro.co.uk: ‘It was almost a Kylie Jenner-style reveal. I wasn’t trying to make it not news or make it news, I wasn’t really thinking about that,

‘I think because we’d had trouble before. We were like, “oh, let’s just not mention it.” I just didn’t mention this pregnancy, because I’ve been unlucky before.

‘You wouldn’t believe how many studios and how many rooms you could walk into, very clearly in your third trimester of pregnancy, and people are very well trained now, they just don’t mention it and I just kept working.’

Katherine, who welcomed baby Fred with husband Bobby Kootstra on June 14, admitted: ‘I think as well, I was nervous, I thought that it might hurt my career. It’s difficult to ignore that there is still inequality.

‘People still assumed when they found out I was pregnant, that I’d be cancelling my Autumn tour and they wouldn’t have said that if I was Fred’s dad.

Katherine recently addressed the ‘hundreds’ of messages she received from fans asking whether she would be cancelling her upcoming tour dates, admitting there is a double standard with the expectations on male and female comedians.

‘I don’t mind because I understand people are trying to organise their lives and they genuinely don’t mean any harm, they just want to know if these dates are going to be rescheduled,’ she says.

‘But it wasn’t one or two messages. It was a hundreds of messages, people assuming that I would cancel the tour. Fair play they didn’t know that I was due three months earlier, they didn’t have all the information.

‘You wouldn’t? Yeah, so why are you asking me? And if mums do want to take time off? That’s cool as well, like everyone just do what you want to do.’

She adds: ‘My pregnancy was a surprise to everyone else, but I knew. I planned the tour and I’m a reliable performer and I’m not going to cancel it now.’

With the coronavirus pandemic having put a halt to live shows for over a year, Katherine is excited to hit the road once more this Autumn.

She revealed: ’I mean, it is scary, because I think for the entire comedy community, a lot of us have just done Zoom gigs or we’ve been doing podcasts or other work.

’It’s daunting to get back on stage again, you really feel a little bit like a beginner, but it’s like riding a bike. I think muscle memory kicks in and everyone’s so excited to get back to the clubs and get back on tour.’

Katherine Ryan has teamed up with Veetee Rice to host #UpYourFluffGame, a social media series daring consumers to find something fluffier than its steam filtered rice. Head over to veetee.com to find out more.