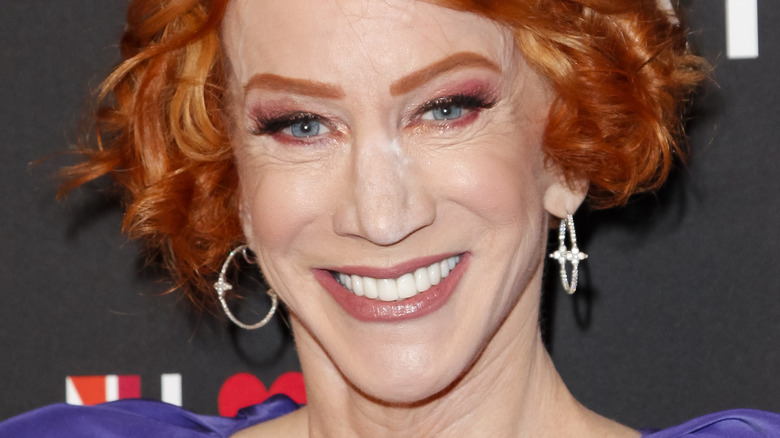 Kathy Griffin has given fans an update on her recovery from lung cancer surgery. According to Page Six, the comedian uploaded a video to her Instagram page on Sunday, August 8, just five days after the procedure that saw half of her left lung removed. During the Instagram video, Griffin poked fun at her “really hoarse” voice sparked by the invasive surgery, revealing that she’s somehow managed to see the funny side of her recent health scare.

“Hi, you guys. I might start to post little videos about, like, my recovery and stuff, but my voice is, like, really hoarse,” she said in the clip, adding that she hopes her raspiness doesn’t “scare people.” Griffin continued, “I’m laughing. It’s just even that notion. Also, for some reason, I laugh at everything now. And if it’s horrible, I laugh way more!”

The update arrived just days after the Emmy award winner took to Twitter to reveal that her cancer surgery had gone to plan. “Wow! I’m so grateful for all the love you guys are sending me. My cancer surgery went well yesterday. Phew,” Griffin wrote on Tuesday, August 3. 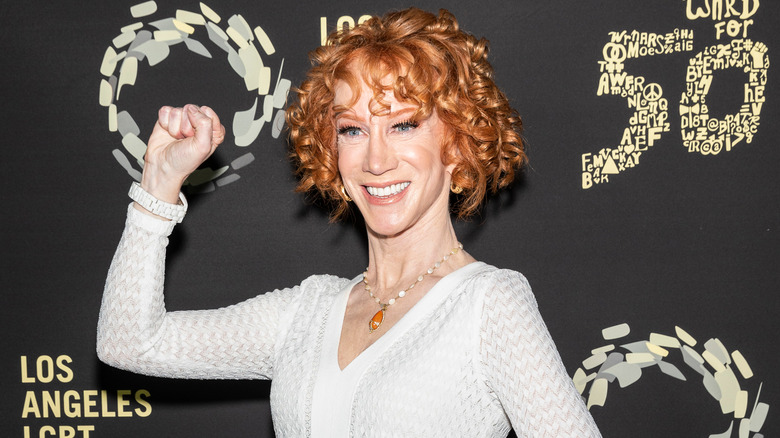 According to the BBC, Kathy Griffin announced that she had been diagnosed with lung cancer in a social media post uploaded on Monday, August 2. “The doctors are very optimistic as it is stage one and contained to my left lung,” the comedian said in the statement. “Hopefully no chemo or radiation after this and I should have normal function with my breathing … I should be up and running around as usual in a month or less.”

Speaking on Twitter, Griffin also noted that she had “never smoked,” and the diagnosis was announced by the “Life on the D-List” star on the same day her “Nightline” interview aired on ABC, during which Griffin revealed details of past suicidal feelings and her secret pill addiction (via Page Six). “The irony is not lost on me that, a little over a year ago, all I wanted to do was die. And now, all I wanna do is live,” Griffin said.

If you or anyone you know is having suicidal thoughts, please call the National Suicide Prevention Lifeline​ at​ 1-800-273-TALK (8255)​.

If you or anyone you know is struggling with addiction issues, help is available. Visit the Substance Abuse and Mental Health Services Administration website or contact SAMHSA’s National Helpline at 1-800-662-HELP (4357).