Katya Jones, 30, is known for her flawless choreography on the BBC series of Strictly Come Dancing and earlier this week, the Russian beauty has announced she will be starring in her first ever pantomime this Christmas. In view of her 68,600 followers, she wrote: “I’m doing my first ever Panto! This is really exciting for many reasons, there will be wings, there will be dancing (I guess) and there will be a DOG!” She also retweeted the official casting news to her account which confirmed the small-screen star will be playing the role of Glinda the Good Witch in the stage play Wizard of Oz. The statement read: “ANNOUNCEMENT. Follow the yellow brick road to the @PboroTheatre this #Christmas with Strictly Come Dancing star Katya Jones.

“Katya will be playing Glinda the Good Witch in a panto that will have you in stitches.”

Fans and celebrities alike flocked to comment on the post, with many praising the brunette beauty on her latest project including former Strictly Come Dancing winners Ore Oduba and Joe McFadden.

While a fan said: “Glinda! Well she will be the best dancer and the lightest on her feet! Can you sing too? Because then you will be a triple threat – dancer, singer and actor! Wow! One fierce lady!”

Another person commented: “Congrats Katya! So excited Glinda is one of my all time fave musical theatre characters I cannot wait for you to play her, hopefully I’ll be able to come & watch you!”(sic) 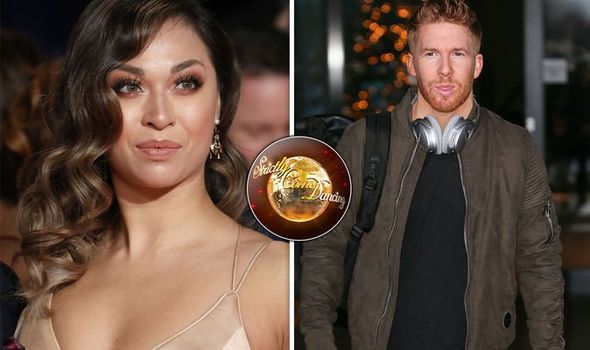 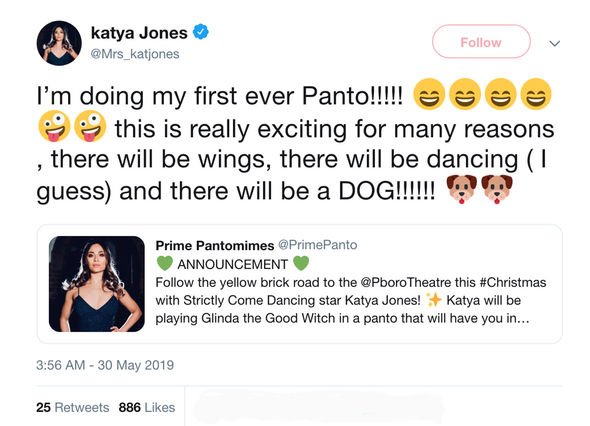 While a third person added: “This is super exciting! I’m gonna try my absolute hardest to come!”

The announcement comes shortly after Katya was confirmed to be joining the current line-up of this year’s Strictly Come Dancing.

The World Latin Champion hit headlines during the 2018 contest where she was pictured kissing dance partner Seann Walsh – despite being married to Strictly choreographer and dancer Neil Jones.

The pair later apologised for their antics and the dancer has since insisted her marriage to Neil is “fine”.

Neil and Katya are currently rehearsing for their tour Somnium: A Dancer’s Dream which focuses on their journey together. 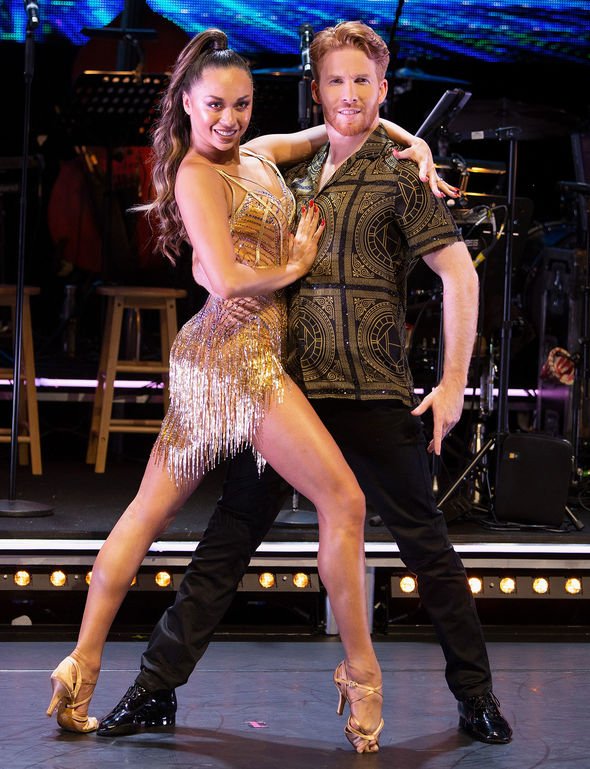 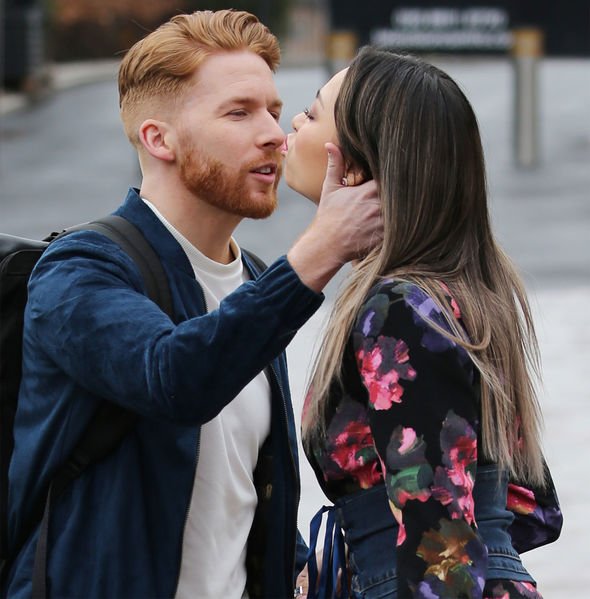 During their interview on This Morning, Phillip asked if their tour featured their marriage lows as well as the happy times of their marriage.

Katya replied: “[It’s] our career from where we started up until the World Championships.

“It’s purely about a Ballroom couple trying to achieve their dream of being the best in the world another the love story, it’s never a good story without a love story.”

Phillip quizzed the dancer further, prompting her to reply: “I wonder what’s going to drag out longer, this kiss or Brexit.”

Neil then added: “We’ve moved on,” before stating: “The show is a celebration of the great times we’ve had together.”

Strictly Come Dancing returns later this year on BBC One.