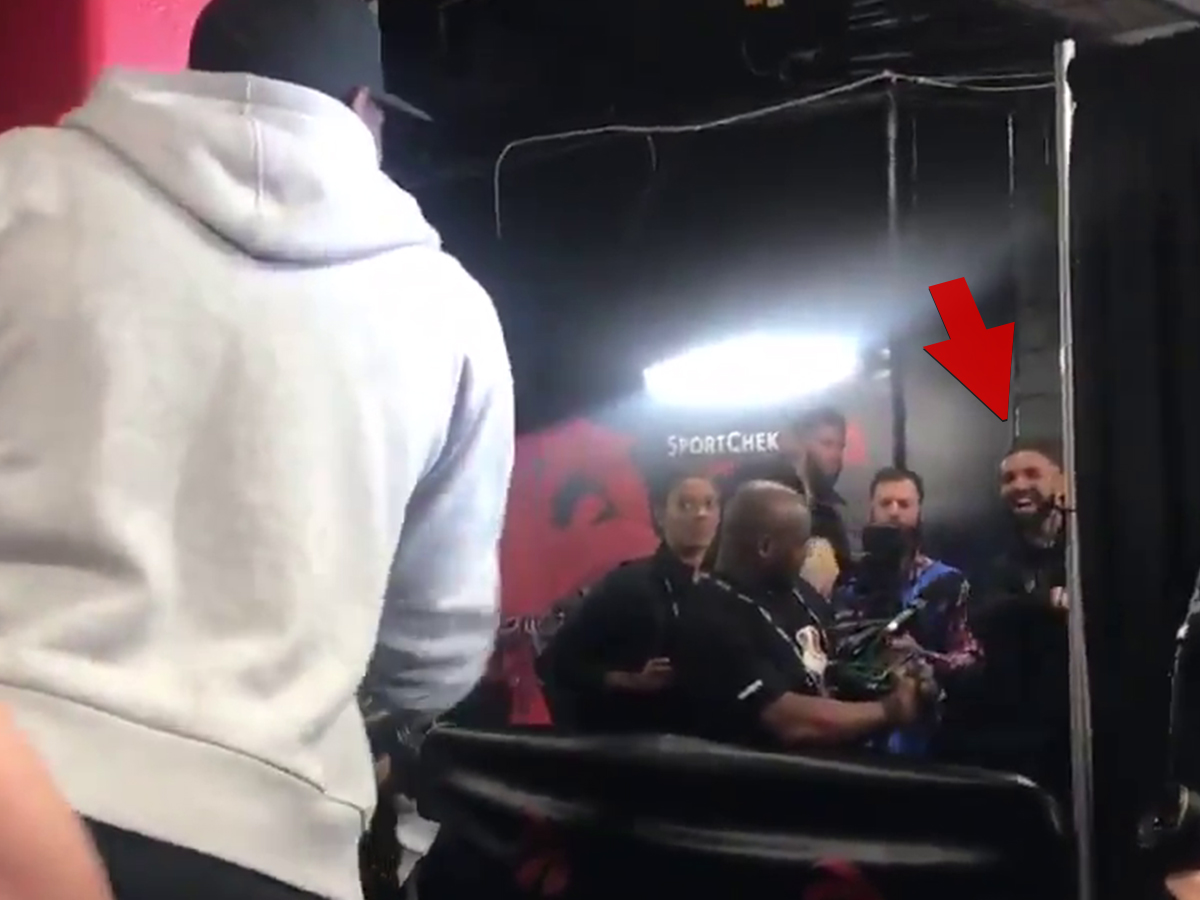 Kevin Durant and Klay Thompson gave Drake an earful after the Warriors tied up the series in the NBA Finals on Sunday … returning the epic trash talk the rap superstar delivered after Game 1.

The exchange was captured right as the Dubs were heading into the locker room after the game … when someone called for them to come back because Drizzy was about to walk by.

That’s when KD and Klay went IN on the 6 God … calling him a “bum ass” and saying the win over the Raptors was “light work.”

Drake — who got all up in Draymond Green‘s face after the Raps took Game 1 — surprisingly handled the trash talk really well, hitting them back with “You squeezed that [win], by the way.”

Game 3 is on Wednesday … so Drake’s got a few days to come up with a better comeback.